The above- many ways of talking -happened because of difficulty to travel and mingle
No roads except MC[main central] road made around 1800?by Raja kesavdas under dharma Raja after TIPU attacked Travancore and threatened to destroy

M C Road (Main Central Road)[road tarred first in 1950's till then it was a mud road full of stones .also no bridges till the last bridge was made post independance

Raja Kesavadas (1745-1799; Sanskrit keśavadāsa) was the Dewan of Travancore during the reign of Dharma Raja Karthika Thirunal Rama Varma. He is well known for his planning skills and administrative acumen. He was the master mind in developing the Alappuzha town.
Early life Raja Kesavadas was born as Kesava Pillai at a small hamlet called Kunnathur village Southern Travancore, in Kanyakumari district on March 17, 1745 in the erstwhile Kingdom of Travancore. Although he had little formal education, knowing his abilities in mathematics, Puthukkada Chettiyar, a wealthy merchant from Palliyadi, appointed Kesava Pillai as his accountant. Later he was appointed as the apprentice of Pokkumoosa Marickar, a leading merchant and exporter.[1] Pokumoosa was very faithful to the Maharaja of Travancore, Karthika Thirunal Rama Varma and during a visit to his palace Kesava Pillai accompanied him. The maharaja was impressed by the skills of Kesava Pillai and he was appointed to the Travancore palace.
In Royal Service When Tippu Sultan of Mysore attacked Travancore, Kesava Pillai was the commandant of the state army. Travancore army fought against the Mysore force under the leadership of Kesava Pillai and Tippu was forced to retreat.
Recognizing his victory over the Mysore, the Karthika Thirunal Maharaja of Travancore appointed Kesava Pillai as Diwan of Travancore. He was glorified by the British Governor Mornington, by the title Raja in appreciation of his administrative talents. As Diwan, Raja Kesavadas was responsible for shifting the capital of Travancore from Padmanabhapuram to Thiruvananthapuram.[2]
{while BRITISH soldiers were defeated by Tipu sultan2 times ;Related reading:-

[1]
Tipu Sultan's victory over the British
The Battle of Pollilur, fought in September 1780 between the British East India Company and the forces of Tipu Sultan and his father Haydar Ali, was described as 'the severest blow that the British ever sustained in India', and resonated for years in both Britain and Mysore.

www.mia.org.qa › tigers-dream › tipu-panorama
In the First Anglo-Mysore War (1767-69), the British were decisively
[2]defeated by Hyder Ali and Tipu

Sultan in a number of battles.
he was defeated by Travancore soldiers under commander (dewan)kesavdas (the king
couldnot take part in any war because -king

Marthanda Varma laid down his 4.75 kilo sword of victory at
the feet
of the deity Sri Padmanabha in 1754, and vowed to rule in his
name.

His all time contribution is finding an ideal location and constructing a well planned port city at Alappuzha. He found Alappuzha as the most suitable, because of the geographical and oceanic reasons. He constructed two parallel canals for bringing goods to port and offered infrastructural facilities to merchants and traders from Surat, Mumbai and Kutch to start industrial enterprises, trading, and cargo centres. Alappuzha attained progress and became the financial nerve centre of Travancore during his time.[3] The port was opened in 1762, mainly for the export of coir-matting and coir-yarn. Kesavadas built three ships for trade with Calcutta and Bombay, and alleppey afforded a convenient depot for the storage and disposal of goods produce in the east.[4]

The Main Central Road (MC Road) which is the arterial State Highway in the Travancore region of Kerala state was constructed at the time when Raja Kesavadas was the dewan of travancore.

Chalai Market was officially established towards end of 18th century by Raja Kesavadas with an intention to make this bazaar a central point for the supply of commodities to the Travancore kingdom. Killi and the Karamana rivers nearby were used to carry goods from different parts of Travancore state.
Later Years His tenure of Diwan ended with demise of Dharma Raja Karthika Thirunal in 1798. Balarama Varma, his successor aged fourteen became the crown prince who was too young in the hands of Jayanthan Sankaran Nampoothiri. Raja Kesavadas was proclaimed as a traitor and kept under house arrest which helped Jayanthan Sankaran Nampoothiri to usurp the post of Diwan. Later his family assets were confiscated and was poisoned to death on 21 April 1799.
References
External links


Continue Reading...
Related readings about the kings of that time :-

The Wars That Were Won: Marthanda Varma's Decisive ...

Thrippati Danam – A Ritual by which the Rulers of Travancore

The Main Central Road (MC Road) is the arterial State Highway in the Travancore region of Kerala state, India. It is designated as SH 1 by the Kerala Public Works Department.


The highway was built by Raja Kesavadas, Dewan of Travancore. This road starts from National Highway 47 at Kesavadasapuram in Thiruvananthapuram city and rejoins the NH 47 at Angamaly[1] a suburb of Kochi city in Ernakulam district. The MC Road passes through Kilimanoor, Kottarakkara, Adoor, Pandalam, Chengannur, Tiruvalla, Changanassery, Kottayam, Ettumanoor, Muvattupuzha and Perumbavoor. Before NH 47 was built through Angamaly, MC road extended up to Karukutty village 6 km away from Angamaly town in the Chalakudy road. MC Road is an easy way for accessing the famous shrine Sabarimala. It covers many important towns of Central and South Kerala. One can see beautiful nature scenes and greenery while travelling through MC road which covers most midland areas of Kerala. MC road, in some parts, is bumpy and there are sharp turns especially between Ettumanoor, Muvattupuzha and Kottarakkara .
=============================================
cars were registered similarly:-

1950 WHEN TRAVANCORE WAS MERGED WITH COCHIN STATE ;WHEN IT CHANGED TO :-BELOW:- 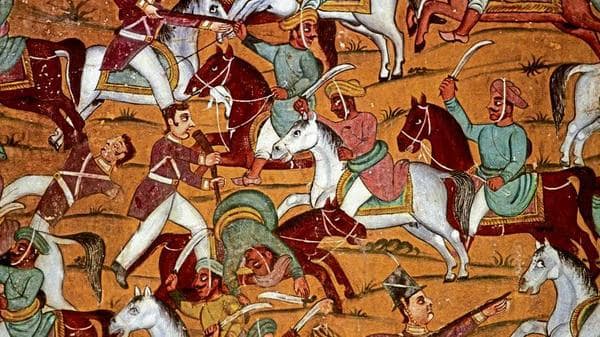 "The relieving corps awkwardly advancing along the tame Hank was met and checked by an impetuous mass of fugitives; the next corps caught the infection, .....................Shungoony Menon’s History of Travancore...On the 11th Dhanu (24th December), Tippoo encamped at a place four miles distant from the Travancore lines, where he began to erect batteries on the 12th (25th). On the night of the 15th Dhanu, 964 M.E., (28th December 1789 A.D.), Tippoo's powerful army, under his personal command, attacked the Northern frontier of Travancore and attempted a breach of the barrier; but the attack was ably and gallantly resisted by the troops on duty, generally known by the designation of "Paravoor Battalion”. ....On the morning of the 15th Dhanu (28th December), the Sultan's force, consisting of 14,000 select infantry and a body of 500 pioneers, paraded in front of the line. The pioneers were ordered to clear a part of the ditch where the wall was not guarded, and they proceeded with the work which was not successfully completed during the night. However, the Sultan ordered the force to proceed and effect an entrance within the walls during the night. By day break on the 16th Dhanu (29th December) he gained an entrance and succeeded in possessing a considerable extent of the ramparts. The troops of the Maha Rajah, occupying those ramparts, retreated before Tippoo's army as the latter was marching by the side of the wall with the full view of reaching the gate. The Travancore garrison opposed their progress. Tippoo found it necessary to bring in a reinforcement to afford help to the leading corps. In the hurry of the moment, the order was misunderstood and ill-executed. In this confusion, a party of twenty men of the Travancore garrison, who were stationed at a corner of the rampart, threw in a regular platoon on the flank which killed the officer commanding, and threw the corps into inextricable disorder and flight. The advancing relief was met and checked by an impetuous mass of fugitives..... ........THE panic now became general and the retreating men were borne on to the ditch, while others were forced into it by the mass which pressed on from behind. Those that fell into the ditch were, of course, killed. The rear now became the front. The bodies that filled the ditch enabled the remainder to pass over them. The Sultan himself was thrown down in the struggle and the bearers of his palanquin trampled to death. Though he was rescued from death by some of his faithful followers, yet he received such injuries that he never forgot in this episode in his invasion of Travancore. ....Tippoo's State sword, signet ring, and other personal ornaments fell into the hands of the Travancore army; several officers and men were taken prisoners, and of the former, five were Europeans, and one a Mahratta. .......Tippoo retreated with great shame and chagrin, and Dewan Kasava Pillay returned to Trivandrum in triumph, bringing with him Tippoo's sword, shield, as trophies. The Maha Rajah communicated the news of his success to his friends the English and the Nabob, and received their warm congratulations. The Nabob requested the Maha Rajah to send Tippoo's sword, shield, dagger, belt, palanquin, and they were accordingly forwarded. ......Tippoo was now determined on retaliating on Travancore...........
..........................................................................
The Travancore army was no match for the huge Mysore army and the monsoon season was four or five months away.

Therefore, under the guidance of Raja Kesavadas, the Prime Minister of Travancore, a temporary bund was constructed way up on the stream by a team headed by Kalikutty Nair.
When the Mysore army launched its assault and Nedunkotta was penetrated, the temporary bund was breached in the midst of heavy fighting, causing an unexpected flood which drowned many Mysore soldiers and rendered the gunpowder wet and useless. The result was panic and confusion in the Mysore army. The triumphant Nair forces of Travancore inflicted heavy casualties on the- invading army. But the valiant Kalikutty Nair was also drowned in the sudden surge of water and became a martyr.

That was the first time, January 1, 1790, when Tipu Sultan tasted a humiliating defeat.
It is recorded in Travancore history and also confirmed by the local folklore that as the wounded Tipu was lying unconscious in the battlefield he was rescued by a Nair soldier who quietly carried the unconscious Sultan to the Mysore military camp during the night and left . The brave Nair soldier could have easily killed the unconscious Tipu as many have done to a Hindu in similar circumstances'
According to authentic historical records, the Nair forces of Travancore attacked the Mysore army which was crossing the defence fortification, and inflicted heavy casualties on it. The sudden and unexpected attack made the Mysore Army panicky, and in the confusion Tipu Sultan fell down from the ramparts of the fort into the ditch below along with his palanquin. 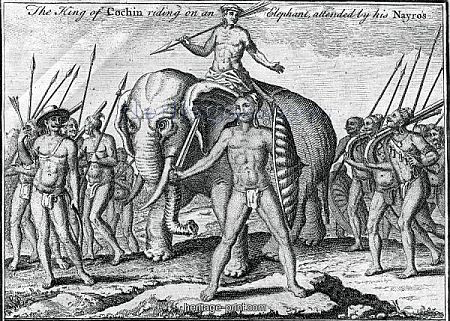 Nair soldiers of the Cochin Maharaja - 1500s.- THEY WERE CALLED CHAAVER SOLDIERS;BECAUSE THEY WANTED TO DIE(CHAAVE) IN WAR .

https://www.tyndisheritage.com › mamankam-and-the-legendary-suicide-s...
Jan 2, 2019 - The mighty army of the Zamorin attacked the headquarters of ... the army of Valluvanad setup suicide squads called the 'Chaver' to attack and ...

https://historicalleys.blogspot.com › 2009/03 › chavers-of-malabar
Mar 13, 2009 - The Chaver find their first reference in the writings of Abu Zayd (915 A.D) who explains the mode of recruitment of the Chaver soldiers as ...


WHO JUST CRASHED INTO AMERICAN AIR CRAFT CARRIERS TO DIE ,SAME TIME TO DESTROY THE ENEMY.NOW TERRORISTS ALSO USE SUCH METHODS TO CRASH BOMB LADEN CARS INTO WHAT THEY CONSIDER AS ENEMY.THE BEST EXAMPLE BEING 9/11 WHEN PLANES WERE CRASHED INTO BUILDINGS IN NEW YORK .AGAINST SUCH DETERMINATION OF TRAVANCORE SOLDIERS TO DIE ;TIPPU WITH THOUSANDS OF TROOPS AND ROCKET BRIGADE

HAD NO CHANCE .TIPPU GOT DEFEATED AT TRAVANCORE BORDER BY CHAAVER SOLDIERS OF TRAVANCORE,SO BADLY THAT HISTORY SAYS HE HAD TO LIMB DUE TO INJURUIES

https://en.wikipedia.org/wiki/Mysorean_invasion_of_Kerala
By the treaty of Seringapatam (1792), Tipu ceded half of his territories including ... 10.1.1 Extermination of Nairs; 10.1.2 Destruction of Hindu temples; 10.1.3 ... of Dindigul under Kingdom of Mysore, with a force of 2,500 horses and 7,500 men .... He wanted free passage to Travancore through Dutch territories, which was 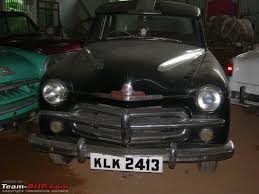 Classics of Travancore, Cochin and ...
team-bhp.com