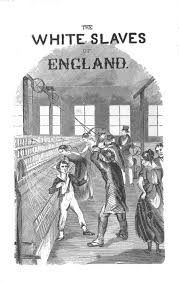 Another illustration of the truth that poverty is the source of crime and depravity is found in India. Statistics and the evidence of recent travellers show that the amount of vice in the different provinces is just in [Pg 468] proportion to the length of time they have been under British rule. No stronger proof of the iniquity of the government—of its poisonous tendencies as well as positive injustice—could be adduced.

The cultivation and exportation of the pernicious drug, opium, which destroys hundreds of thousands of lives annually, have latterly been prominent objects of the East Indian government. The best tracts of land in India were chosen for the cultivation of the poppy. The people were told that they must either raise this plant, make opium, or give up their land. Furthermore, those who produced the drug were compelled to sell it to the Company. In the Bengal Presidency, the monopoly of the government is complete. It has its establishment for the manufacture of the drug. There are two great agencies at Ghazeepore and Patna, for the Benares and Bahar provinces. Each opium agent has several deputies in different districts, and a native establishment. They enter into contracts with the cultivator for the supply of opium at a rate fixed to suit the demand. The land-revenue authorities do not interfere, except to prevent cultivation without permission. The land cultivated is measured, and all the produce must be sold to the government. At the head agency the opium is packed in chests and sealed with the Company's seal. [112]
[Pg 469]

The imperial government of China, seeing that the traffic in opium was sowing misery and death among its subjects, prohibited the introduction of the drug within the empire in 1839. But the British had a vast amount of capital at stake, and the profits of the trade were too great to be relinquished for any considerations of humanity. War was declared; thousands of Chinese were slaughtered, and the imperial government forced to permit the destructive traffic on a more extensive scale than ever, and to pay $2,000,000 besides for daring to protest against it!
The annual revenue now realized from the opium traffic amounts to £3,500,000. It is estimated that about 400,000 Chinese perish every year in consequence of using the destructive drug, while the amount of individual and social misery proceeding from the same cause is appalling to every humane heart. Among the people of India who have been forced into the cultivation and manufacture of opium, the use of it has greatly increased under the fostering care of the government. The Company seems to be aware that a people enervated by excessive indulgence will make little effort to throw off the chains of slavery. Keep the Hindoo drunk with opium and he will not rebel.
The effects of this drug upon the consumer are thus described by a distinguished Chinese scholar:—"It exhausts the animal spirits, impedes the regular performance of business, wastes the flesh and blood, [Pg 470] dissipates every kind of property, renders the person ill-favoured, promotes obscenity, discloses secrets, violates the laws, attacks the vitals, and destroys life." This statement is confirmed by other natives, and also by foreign residents; and it is asserted that, as a general rule, a person does not live more than ten years after becoming addicted to the use of this drug.
The recent Burmese war had for one of its objects the opening of a road to the interior of China, for the purpose of extending the opium trade. And for such an object thousands of brave Burmese were slaughtered, fertile and beautiful regions desolated, and others subjected to the peculiar slave-system of the East India Company. The extension of British dominion and the accumulation of wealth in British hands, instead of the spread of Christianity and the development of civilization, mark all the measures of the Company.
William Howitt, one of the ablest as well as the most democratic writers of England, thus confirms the statements made above:—
"The East India Company exists by monopolies of the land, of opium, and of salt. By their narrow, greedy, and purblind management of these resources, they have contrived to reduce that once affluent country to the uttermost depths of poverty and pauperism. The people starve and perish in famine every now and then by half a million at a time. One-third of that superb peninsula is reduced to waste and jungle. While other colonies pay from twenty to thirty shillings per head of revenue, India yields only four shillings per head. The income of the government [Pg 471] at the last renewal of the charter was twenty millions; it is now reduced to about seventeen millions; and even to raise this, they have been obliged to double the tax on salt. The debt was forty millions; it is now said to be augmented by constant war, and the payment of the dividends, which, whatever the real proceeds, are always kept up to the usual height, to seventy millions. This is a state of things which cannot last. It is a grand march toward financial inanition. It threatens, if not arrested by the voice of the British people, the certain and no very distant loss of India.
"We have some glimpses of the treatment of the people in the collection of the land-tax, as it is called, but really the rent. The government claims not the mere right of governing, but, as conquerors, the fee-simple of the land. Over the greater part of India there are no real freeholders. The land is the Company's, and they collect, not a tax, but a rent. They have their collectors all over India, who go and say as the crops stand, 'We shall take so much of this.' It is seldom less than one-half—it is more commonly sixty, seventy, and eighty per cent! This is killing the goose to come at the golden egg. It drives the people to despair; they run away and leave the land to become jungle; they perish by famine in thousands and tens of thousands.
"This is why no capitalists dare to settle and grow for us cotton, or manufacture for us sugar. There is no security—no fixity of taxation. It is one wholesale system of arbitrary plunder, such as none but a conquered country in the first violence of victorious license ever was subjected to. But this system has here continued more than a generation; the country is reduced by it to a fatal condition—the only wonder is that we yet retain it at all.
"The same system is pursued in the opium monopoly. The finest lands are taken for the cultivation of the poppy; the government give the natives what they please for the opium, often about as many shillings as they get paid for it guineas per pound, and ship it off to curse China with it. 'In India,' says a writer in the Chinese Repository, 'the extent of territory occupied with the poppy, and the amount of population engaged in its cultivation [Pg 472] and the preparation of opium, are far greater than in any other part of the world.'
"Turkey is said to produce only 2000 chests of opium annually; India produces 40,000 of 134 lbs. each, and yielding a revenue of about £4,000,000 sterling.