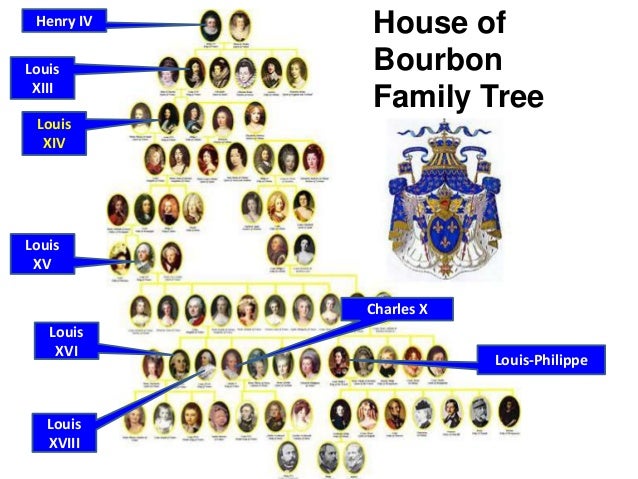 
The House of Bourbon (English: /ˈbɔːrbən/; French: [buʁˈbɔ̃]) is a European royal house of French origin, a branch of the Capetian dynasty (/kəˈpiːʃən/). Bourbon kings first ruled France and Navarre in the 16th century.

The Bourbons of Bhopal in India claim to be legitimate descendants of the House of Bourbon, descended from Jean Philippe de Bourbon, Count of Clermont-en-Beauvaisis, an exiled French noble who served in Mughal Emperor Akbar's court.

Traveller and photographer Louis Rousselet wrote in Le Fils du Connétable (Rousselet 1882).[1][2] when he had visited Isabella de Bourbon, known in the Court as Bourbon Sirdar, and got struck by her "European type".[1][3] This is his account of his surprise to find a Bourbon Princess in Bhopal:


When everyone was seated, the priest said to me, "On hearing of your arrival I should have hastened to come and see you for it is long since I had the pleasure of meeting fellow countryman, but I was compelled to delay my visit for a reason you will easily understand. I reside here in the capacity of chaplain in Madame Isabelle de Bourbon, a Christian princess who holds the first place of the kingdom after the Begum. This lady greatly hoped that you would have gone to see her soon after your arrival, and she waited for you impatiently. Being only her servant, I was myself obliged until she herself, authorize me to seek you. Today I am sent by her to tell you that she will expect you tomorrow at her palace, at whatever hour you may choose to appoint."
I listened to the priest while he spoke, but without being able to believe my ears. My wanderings had doubtless been fruitful of many unexpected events, but to arrive at Bhopal and find a French priest, chaplain to a Christian princess, and to hear that this princess was the most important personage in the kingdom, and bore the name of Bourbon, this seemed to me to verge on the fabulous and I looked on the worthy ecclesiastic, asking myself whether there were not some mystifications under it all. However, at last I agreed to accept the invitation of the mysterious princess, and he left us to carry the news to her.
When he was gone, I questioned the Bhopal’s nobles who were present, and they confirmed the words of the priest. The princess now some sixty-six summers; she was called Bourbon Sirdar, or Princess Bourbon. It was also true she was very rich, possessed important fiefs, and held high rank among the vassals of the crown. My curiosity was greatly excited, and the next morning I mounted the elephant, accompanied by Schaumburg, and proceeded to the residence of the princess.


In the latter half of the sixteenth century, about the year 1560, Jean Philippe de Bourbon, who was a member of a branch of the Bourbons sailed for India, having, tradition relates, been obliged to leave France because he killed a relative of high position in a duel. He landed at Madras, a priest and two friends accompanying him. The two latter died on the voyage, and the priest remained at Madras, but John Philip Bourbon, sailing on to Bengal went thence to Delhi and sought an interview with the Emperor Akbar. On hearing of the high rank of the exile, the Emperor sent for him, and being interested in his story, treated him with much favour and distinction, eventually appointing him to a post at his Court. Not long afterwards the Emperor being much pleased at his courtly bearing and conduct, and desiring to retain his services, offered him in marriage to the Lady Juliana, sister of the Emperor's Christian wife, who on account of her skill and her knowledge of the European system of medicine, had charge of the health of the imperial ladies. This marriage was duly solemnised, whereupon the Emperor conferred upon his brother-in-law the title of Raja of Shergar and placed the imperial seraglio under his care and the Lady Juliana was included in the select band of the imperial sisters. The honourable office conferred on the Bourbons remained in the possession of the family until the sack of Delhi by Nadir Shah in the year 1737.

More detailed accounts can be found in Malcolm 1824, pp. 341,[5] Kincaid 1908[5] and Kincaid 1946 (both written by Charles Augustus, William Kincaid's son[6]), and Diver & Diver 1942, pp. 170 et seq.. The Family held the position of Governor of the Imperial Seraglio until the fall of Delhi after the invasion of Nadir Shah in 1739[7] when Francis II (1718-1778) moved to their principality of Shergar to be the last Raja of Shergar. He was attacked and died along most of the family by the troops of the Raja of Narwar in 1778 (General Sir John Malcolm 1823). His surviving son Salvadore II and his two sons moved to Gwalior and finally to Bhopal.
All the members of the Bourbons of Bhopal were known at the Bhopal Court by Muslim names. They were the most influential and wealthiest family in Bhopal, only after the Royal family themselves. The most prominent members of the family were Balthazar of Bourbon- Shazad Masih (1772-1829), son of Salvadore II. He became Prime Minister in 1820 until he was poisoned by Afghan nobles in 1829[8] and married an English lady, Isabella Johnston, the princess that French traveler Rousellet met. Their son, Sebastian of Bourbon- Mehrban Masih (1830-1878) was appointed Prime Minister (1857) to the Begums and built one of the most beautiful palaces in Bhopal, Shaukat Mahal[9] and the Catholic Church of Bhopal, on land given by his mother Princess Isabella (died 1852).[10] Eventually the family fell out of favour in the last two reigns.
After Indian independence, the new Indian state abolished the old jagirs (land entitlements) in 1948, and royal and noble status in 1971. Deprived of any privileges, the family joined the ranks of the working bourgeoisie.[1][11] The Bourbons of Bhopal are certain that their direct ancestor Jean Phillipe was the secret son of the Constable of France and his wife Duchess Suzanne, according to family oral traditions. Though there are no records of Jean Phillipe of Bourbon in official family genealogy of the House of Bourbon, Prince Michael of Greece in his book, Le Rajah Bourbon (Michel de Grece 2007) gives a very plausible explanation to this and he does believe this branch of the Bourbons to be the eldest branch of the family. There are other different accounts of Jean de Bourbon's possible lineage. One has the Constable survive the sack of Rome and eventually marry a Mughal princess named Alaïque, Jean Philippe’s mother. Another possible candidate is a member of the Bourbon-Busset branch, reported lost at sea in 1580.[12] though the dates do not match.

https://en.wikipedia.org/wiki/Bourbon-Busset
The Bourbon-Busset family is an illegitimate branch of the House of Bourbon, being thus agnatic descendants of the Capetian dynasty. Historically they have ...

The current Head of the Bourbon-Bhopal family is Balthazar of Bourbon-Bhopal, a lawyer by profession, born on 29 July 1958. He is married to Elisha Pacheco and has three children: Frederick, Michelle, and Adrian. His mission is to preserve for history the political, cultural and religious contribution of the Bourbons of India in the subcontinent and prevent this important contribution from being relegated to a footnote in history books.[13] On May 22, 2013, the Ambassador of France to India visited Bhopal and met with Balthazar of Bourbon at a function and in a statement declared, "It is extraordinary to have a Bourbon here today!"[14][15]
Balthazar IV is the son of Salvadore de Bourbon (1917–1978), who claimed the lineage in his memoirs Les Bourbons de l'Inde (de Bourbon 2003) which was edited by Lucien Jailloux and published posthumously with a preface written by historian of India and member of L'École Française d'Extrème-Orient Jean Deloche.[1][11][16][17][18][19]
Salvadore de Bourbon's work is based upon 19th century articles by people such as Claude Sosthène Grasset d'Orcet writing in La Revue britannique (d'Orcet 1892), Gabriel Ferrand writing in La Revue de Paris (Ferrand 1905), and Colonel William Kincaid's Historical sketch of the Indian Bourbon family (Kincaid 1883).[20]

www.bourbon-bhopal.org/news.html
The Indian King of France: The fascinating story of the Bourbons of Bhopal by ... The Begums of Bhopal: A dynasty of Women Rulers in Raj India by Shaharyar M. Khan L-B. ... Tale of the Tulsi Plant by C.A.Kincaid Kessinger Publishing 2010 ... Historical Sketch of the Indian Branch of the Bourbon Familiy by Colonel W.
The story goes that Jean Phillippe (simply "Jean de Bourbon" in some accounts[21]), the secret son of Charles de Bourbon, Duke of Bourbon, the so-called "Constable of Bourbon", arrived in the court of Mughal emperor Akbar in 1560, relating a tale of his journey there that included pirates, kidnapping, and an attempt to sell him in a slave market in Cairo. 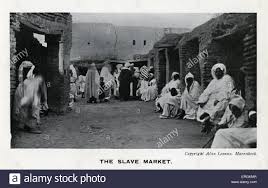 Prince Michael of Grce has incorporated this into a historical novel, Le Rajah Bourbon (Michel de Grèce 2007), whose publication spurred a renewed interest in this claim to the French throne.[11][17][18] The story of the Bourbons of India is formidable by all accounts though there is not 100% certainty that they are descended from the Capetian dynasty, as they were during many generations in high positions of power and possessed great wealth. In Bhopal they were the most influential and wealthiest family, only after the Royal family themselves (Sharyar Khan).

Maclagan - The Jesuits and the Great Mogul, pp. 88-89.pdf | Society Of Jesus | Religion And Belief

Is the Rightful King of France Really an Indian Lawyer? | HistoryBuff ...

historybuff.com/is-rightful-king-france-really-indian-lawyer-1-J0obd2Bvd8rQ
Jan 20, 2016 - He claims as his ancestor the sixteenth-century lord Jean-Philippe, ... to suggest that Jean-Philippe Bourbon de Navarre ever existed," or that ...

Bourbon in Bhopal: Family with ties to French royals live on | Latest ...

www.dnaindia.com › India News
Jan 8, 2006 - According to family accounts, a man named Jean-Philippe de Bourbon Navarre arrived in 1560 at the court of Emperor Akbar. The family ...

The Lost King of France | GQ

www.gq.com/story/balthaza-bourbon-india-french-throne-royalty
Jan 6, 2008 - When the prince's book about Jean-Philippe de Bourbon was published shortly after his visit, he proclaimed his theory to the world. Soon there ... 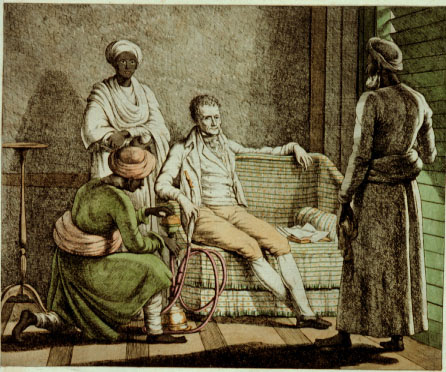 A self-portrait of Balthazar Solvyns, from his book Les Hindous, Vol. 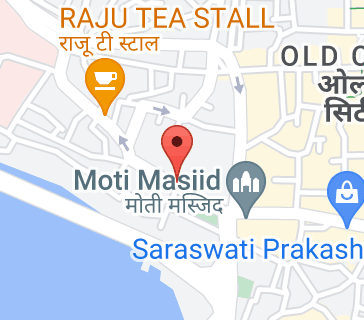 Carlos Mundy
New DNA tests prove that the descendants of Naundorff are Bourbons!

Charles III of Bourbon, Constable of France
The story of this family is absolutely fascinating.

Prince Blathazar IV with Princess Elisha and his younger children.

THE COAT OF ARMS OF THE BOURBONS OF BHOPAL

I invite you to visit Bhopal

The truth about the Royal House of Anjou-Naples

New DNA tests prove that the descendants of Naundorff are Bourbons!