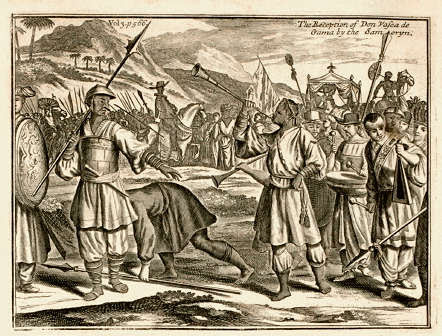 "The reception of Don Vasca de Gama by the Samoryn," by Philip Baldaeus, 1672; reprinted in Churchill's 'A Collection of Voyages and Travels', London, 1744 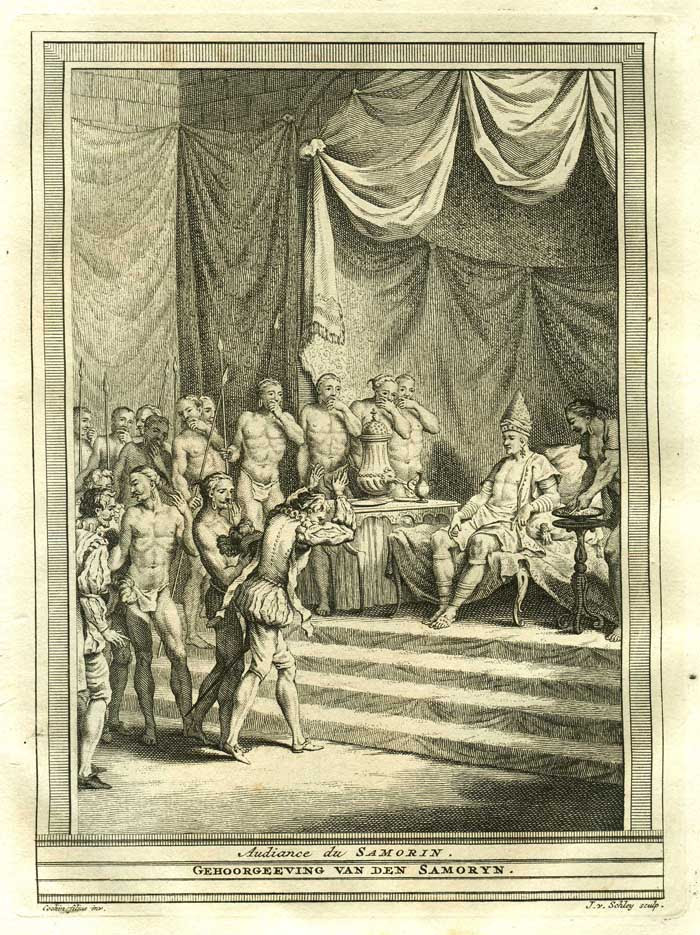 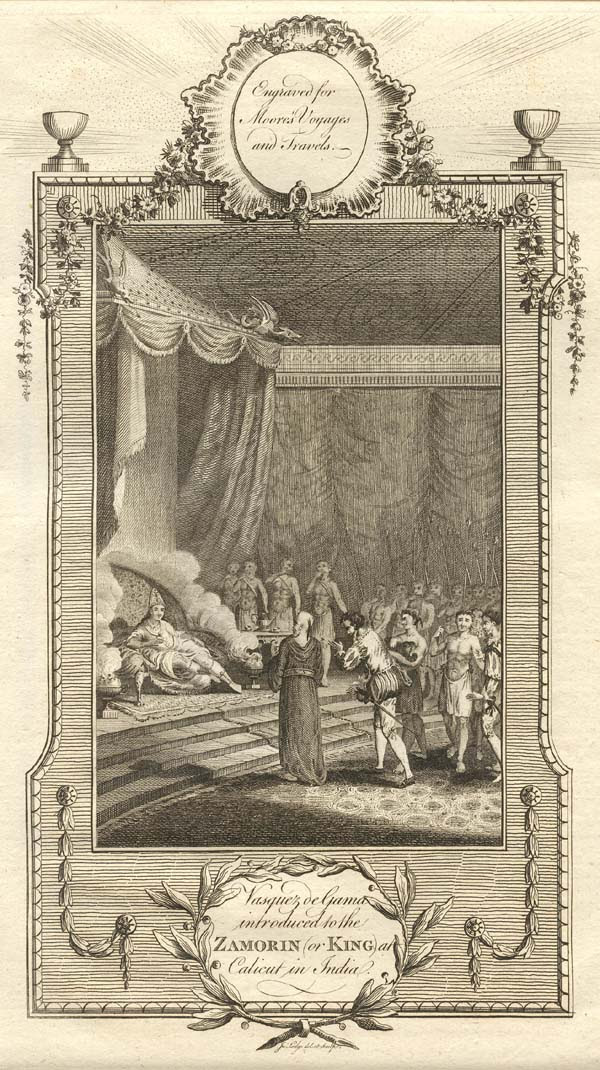 Another version of the same scene, in a copperplate engraving from Moore's 'Voyages and Travels', 1778; click on the image for a very large scan
Source: ebay, Jan. 2007
"From: 'A New and Complete Collection of Voyages and Travels...not only the Voyages and Travels of the Natives of these Kingdoms, but also of those of France, Russia, Spain, Portugal...with the Relations of Magellan, Drake, Cavandish, Anson, Dampier, and all the Circumnavigators...including Byron, Wallis, Carteret, Furneaux, Cook, Parkinson, Foster, etc. together with a Accurate description of New Holland, Zealand, O-Taheitee, Tanna, the Society, Friendly, and Other Newly Discovered Isles, and Their Inhabitants, likewise the Voyage of Mr. de Bougainville to the South Seas...also Lord Mulgrave's Expedition, for the Discovery of a Passage towards the North Pole, and a succinct Narrative of the North Pole, and a succinct Narrative of the Voyages...by John Hamilton Moore',  Pub. London: Hogg, 1778. First Edition." 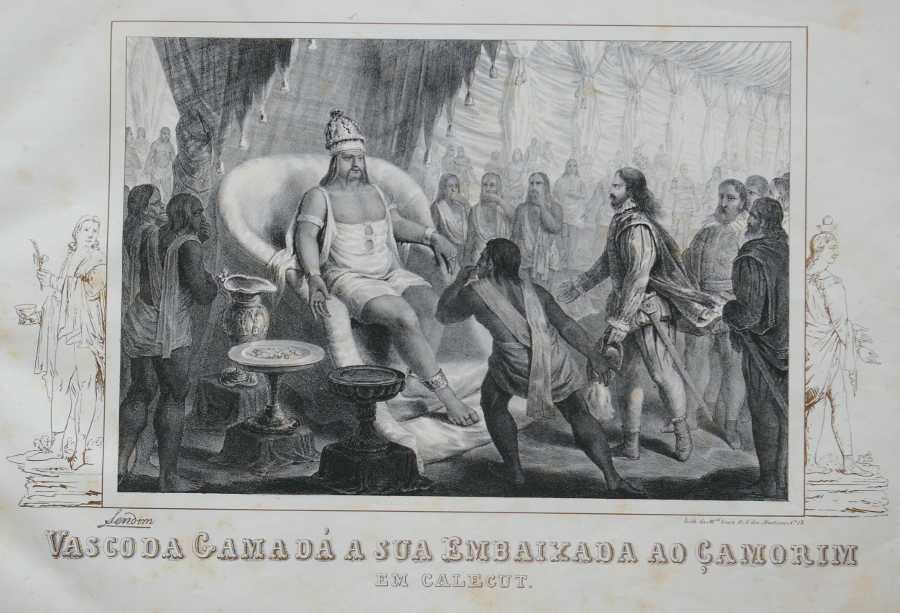 A Portuguese view, from a book published in Lisbon in 1839 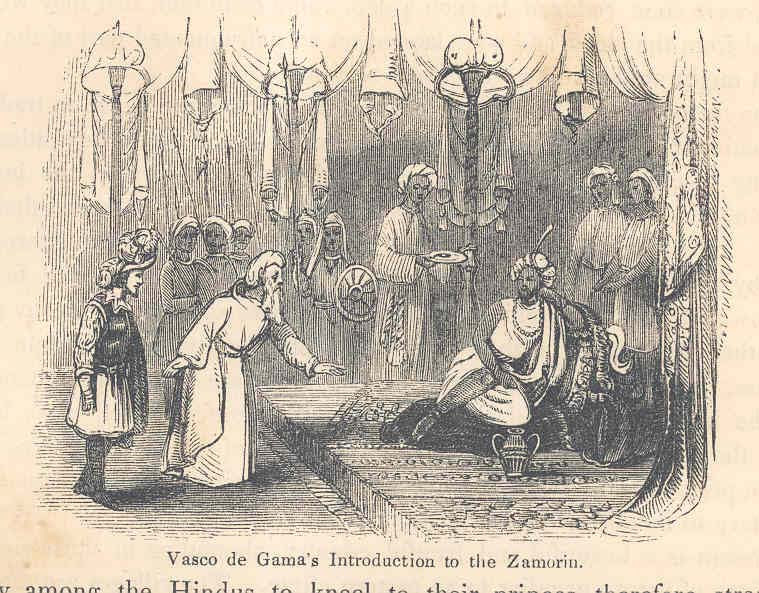 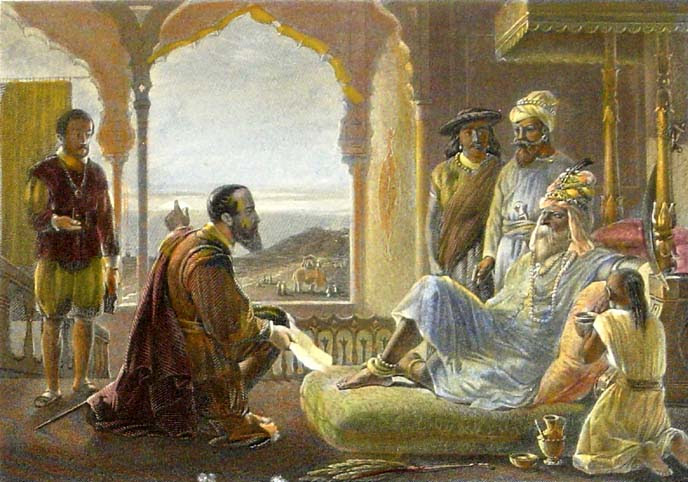 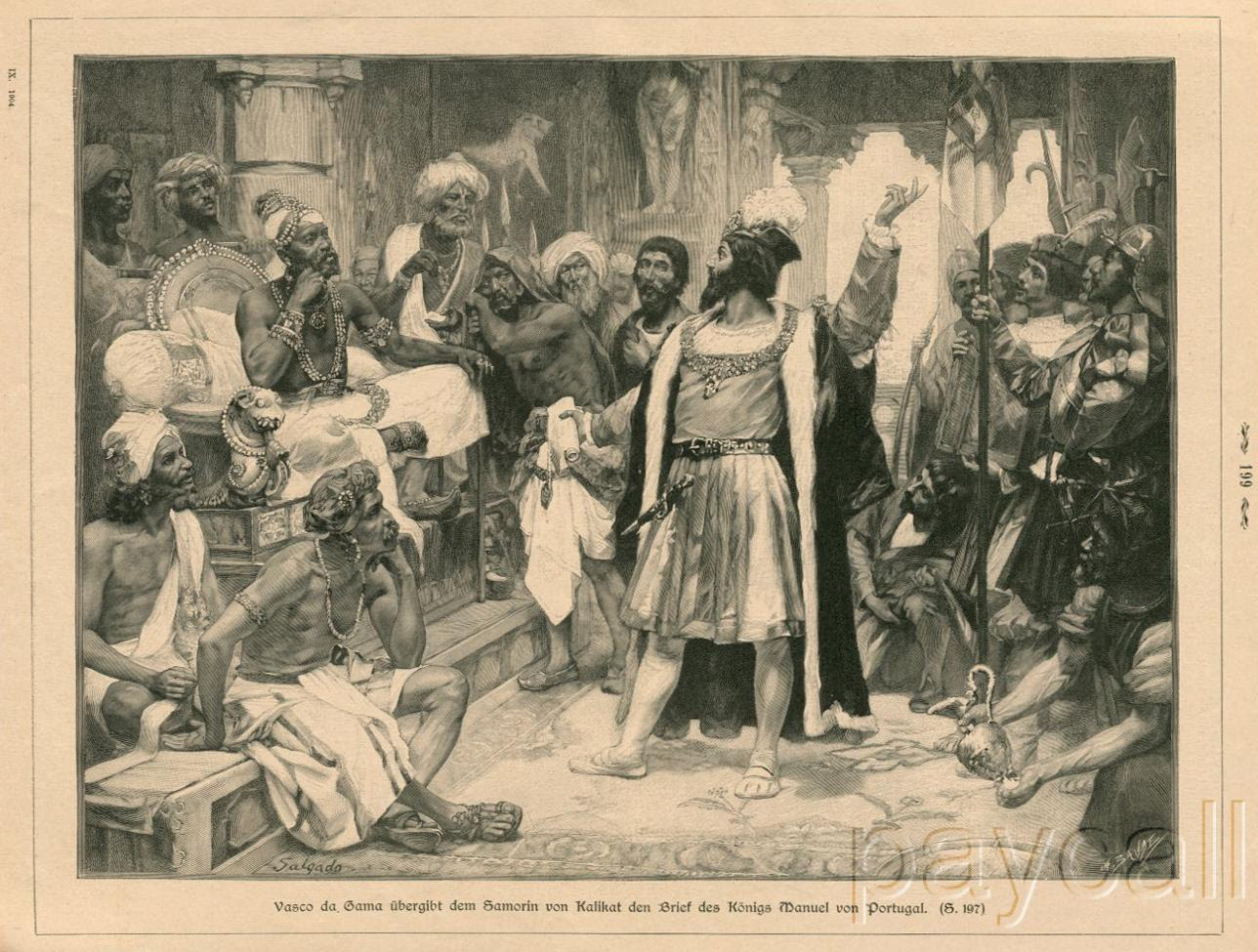 A rendering of the scene by the Portuguese painter Velos Salgado, published in the magazine 'Das Buch fur Alles', 1904

On the reverse side of this commemorative medal by F. Fonseca is the window of the Chapter House of the nave of the Convent of the Order of Christ church in Tomar, Portugal (c.1510)
Source: ebay, June 2007
His arrival, and then his audience with the Zamorin, in medals commemorating 500 years of the "Lusiad," the Portuguese national epic poem
Source: ebay, July 2007 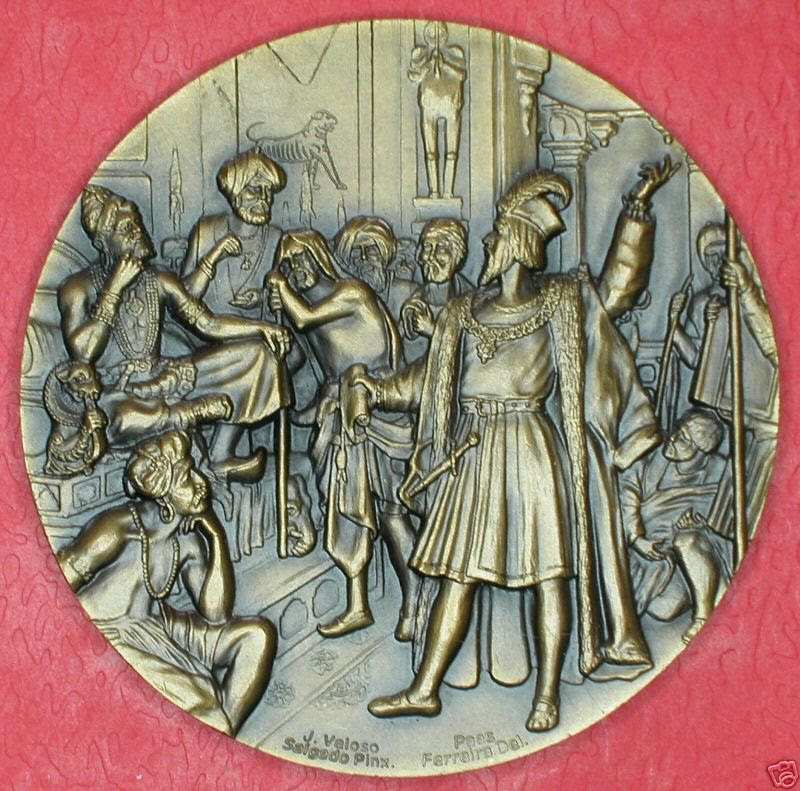 Another Portuguese medal depicting the meeting, from 2003; *the reverse of the medal*
Source: ebay, June 2007 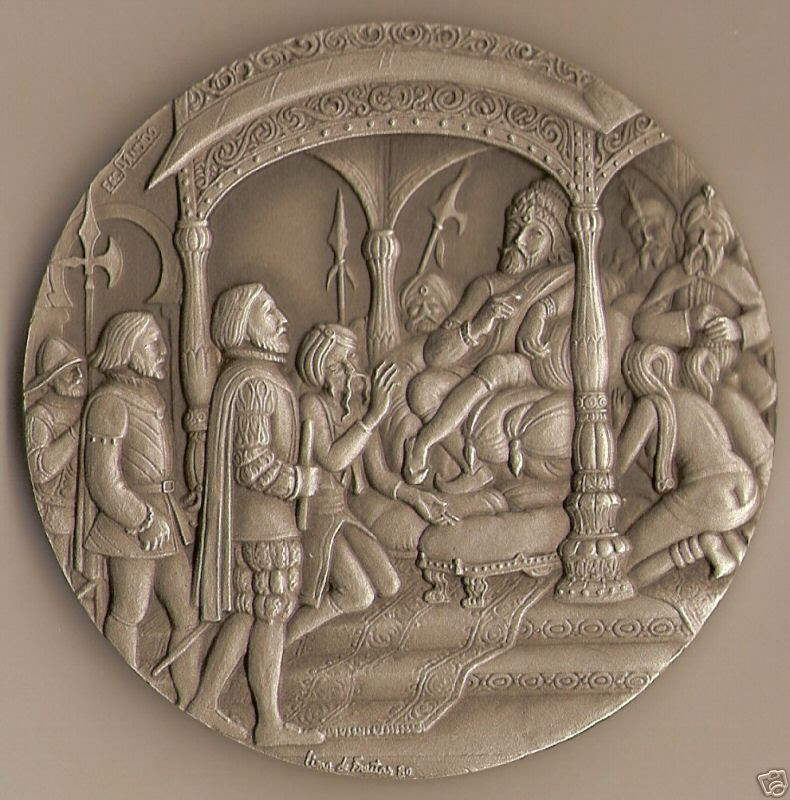 A medal illustrating the scene as depicted in the "Lusiad"; *the reverse of the medal*
Source: ebay, June 2007

RICH TRADITION: Zamorin of Calicut P.K.S. Raja examining a sword that is believed to have been presented to his predecessors by Cheraman Perumal, during the inauguration of the Zamorin Heritage Museum in Kozhikode on Monday. Photo: S. Ramesh Kurup

by OldSailor on January 8, 2009
ADVERTISEMENTS

A parade at INS Zamorin

Here is an amazing photograph of the Naval Academy, Ezhimala from LiveFist.

The five photographs below on inauguration are from MOD,India.
The Chief of Navy Staff, Admiral Sureesh Mehta presenting a memento to the Prime Minister, Dr. Manmohan Singh, at the inauguration of the Naval Academy, Ezhimala.

The Prime Minister, Dr. Manmohan Singh in a group photograph after inaugurating the Naval Academy, Ezhimala.

The Prime Minister, Dr. Manmohan Singh inspecting the guard of honour at the inaugural function of the Naval Academy, Ezhimala.