ShareComment
To get such articles in your inbox
Text size:  A   A   A 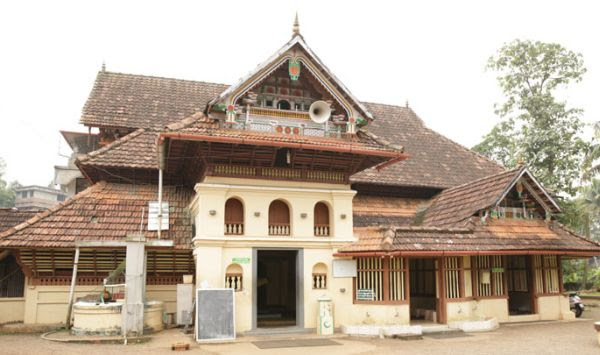 For the first time in its history, the 1,000-year-old mosque at Thazhathangady in Kottayam, Kerala famous for its rich architecture and wood carvings, has thrown open its doors for Muslim women.
Women were allowed to enter the mosque on Sunday to take a look at its famed architecture.
Thousands of Muslim women, including tourists, flocked to the mosque from various parts of Kerala and abroad. The move comes at a time when the demand for permitting women at places of worship is gaining ground.
“This is a 1000-year-old mosque. Our women had not seen it so far and had a great desire to visit the holy place. So the mosque committee decided to allow women to visit it on April 24 and May 8,” Advocate Nawab Mulladom, president of the mosque committee said.
The mosque was not opened for “any celebrations or for offering prayers. It was only to allow women to see the place”, he said, adding the men were asked to leave the mosque before the women were allowed in.
Muslim women wore their traditional attire during the visit.
Fathima, one of the lucky ones to enter the holy place, said, “Standing before many historical mosques, I had always wanted to enter and offer worship. But I was afraid of even expressing that desire. I am happy that such an opportunity has come now”.
The Juma Masjid is a mosque situated at Thazhathangady, one of the Heritage Zones of Kerala, in Kottayam town.
Situated on the banks of the Meenachil river, the mosque is famous for its rich architecture, wood carvings and beauty.
The mosque, considered the oldest in India, is also known as the ‘Taj Juma Masjid’.
It has a square inner courtyard, an exquisitely carved wooden gabled roof, a traditional bathing area and lovely latticed windows, making it resemble a king’s palace.
Image: The 1,000-year-old Juma Masjid is a mosque situated at Thazhathangady, one of the Heritage Zones of Kerala, in Kottayam town.


© Copyright 2016 PTI. All rights reserved. Republication or redistribution of PTI content, including by framing or similar means, is expressly prohibited without the prior written consent.