Over time, people have forgotten those who made sacrifices for Goa's liberation. Many have passed away; others are not known even though still alive. 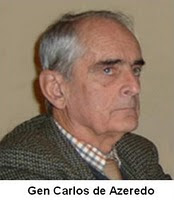 It was an attack absolutely illegal, illegitimate and against human rights. What goes there goes there, but this is an historical truth, and truth does not twist," said Carlos Azeredo, told Lusa news agency in Porto, where he lives .

Carlos Azeredo, then 31, was in Goa as a liaison officer to the commander of State Police in India (SIA, name given to the Portuguese Army in India), General Vassallo e Silva, when 50,000 Union troops invaded the  Estado da Índia Portuguêsa [EIP] on the evening of December 17, 1961.

"They had automatic weapons and we had kropatchek 1892, weapons of Czech origin quite obsolete, we had to load after each shot. We had no air through them and attacked them with jets. It was the first time I saw a jet aircraft, "recalled Carlos Azeredo.

The attack was made on the ground, with tanks, armored vehicles, air, with many fighters and bombers, and sea, with several warships. Portuguese troops still managed to repel the first attack, but the resistance was short lived.

The captain then Azeredo was commissioned to command the troops in last place in Goa, but failed to take action.

With only one anti-aircraft machine gun, little artillery, ammunition, and only a few warship, a notice of the first class (larger than a destroyer and smaller than a cruiser), the Portuguese knew they could not resist long.

Less than two days later, at 17:00, 19 December, the poorly armed Portuguese troops accepted the cease-fire and the Indian Union accomplished the occupation, but the unilateral annexation of the territories of Goa, Daman and Diu was only recognized by Portugal and by the United Nations after the April 25, 1974.

With the cease-fire, which did not constitute an official surrender, as pointed out by Carlos Azeredo, the Indian Union sent to prison camps of the approximately 3,500 soldiers of Portuguese Army, half of whom were born in metropolitan mainland Portugal and the other in Portuguese territories of India (26 died in clashes mainland Portuguese Goa and an undetermined number of Goans).

Prevented from trying to escape, on pain of being "traitors", just six months after a Portuguese ship was to search the prisoners, received in London under threat of guns, as the Salazar accused of "cowardly" for not having fought until the death.

"Goa is a tragedy, a national disaster", said Carlos Azeredo, triggering criticism both for the chairman, Oliveira Salazar, Prime Minister in India, Pandit Nehru and President of the United States, John Kennedy.

For Carlos Azeredo, there was no reason "not to be geographical," to integrate Goa, Daman and Diu with India, which was much more recent creation than of the Portuguese India.

"Goa was much older than the Indian Union, which only came in 1947/48, when it became an independent state of the British Empire, he stressed, recalling that the Portuguese possessions in India began with Afonso Albuquerque in 1510.

The general stressed that "Goa was conquered to the Muslims and not Hindus," and that there was any legitimacy to the annexation of the Portuguese state of India by the Indian Union.

"Kennedy, who was dead and had a lot of blame. He, through his wife, gave “carte blanche” to attack the Goa, accused Carlos Azeredo, noting that, despite not want anyone's death, was not sorry that when American president was assassinated.

"The guy [Kennedy] was absolutely against Portugal, largely because of colonies," Clark said, noting that Salazar did not help anything to the peaceful resolution of conflict, since "failed to offer bases to the Chinese to make war on the Indian Union. "

Carlos Azeredo said that integration of Goa into the Indian Union was not even wanted by the Goans, who gave many proofs of friendship and gratitude for the six months that he was in prisoner Camps.

"As you saw we had good relations with the Goans, forced people to separate themselves from us. He was prevented all visits to prisoners, except for one visit per week from the International Red Cross," he said.

"The Goans were loyal and stood as Portuguese until the end", said Carlos Azeredo, adding that an Indian official said: "This war was a stubborn old: Nehru and Salazar."

The only "advantage" Azeredo said that staff have had a tragedy of Goa was the awakening of his political awareness: "From then on I started to have political activity. This is perhaps one reason why commanded the April 25 North Portugal. It was revenge [revenge] against the way we were treated by the Estado Novo and Salazar. 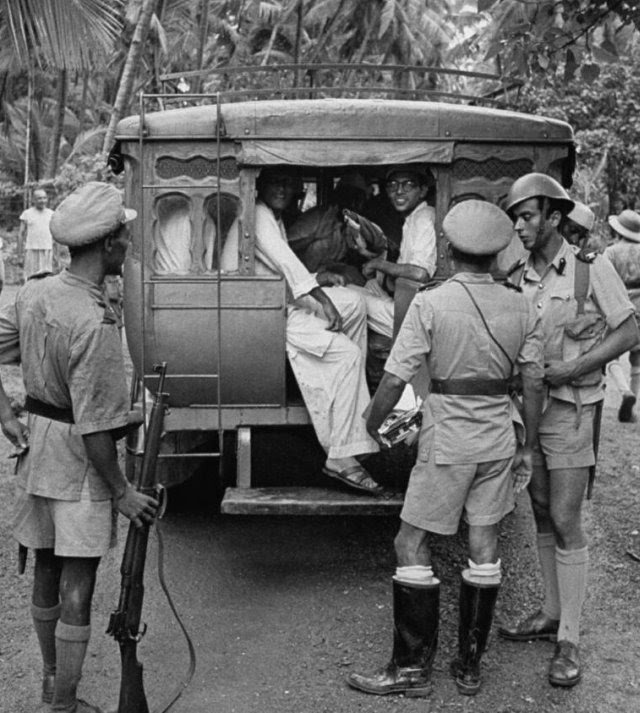 interesting news: HOW INDIA PROGRESSED FROM ONE AMONG THE POOREST ...

HISTORY | All And Everything Goa


Remnants of the past: A ruins of the temple structure discovered in Chandor 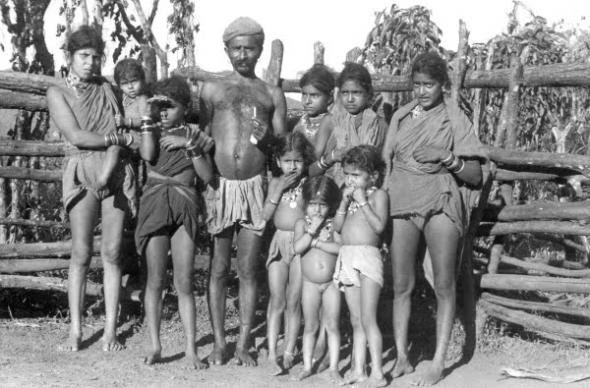 Um gouli com as duas mulheres e a sua prole, Goa, 1955
see the poverty of Goan people under Portuguese rule
MANY MIGRATED OUT OF GOA TO SURROUNDING border to other states  TO GET AWAY FROM CRUEL POLICE AND ARMY
FROM THE FACES AND FEATURES OF THOSE IN PICTURE ABOVE ONE CAN ASSUME THEM NOT AS AADIVAASIS AND TRIBES . 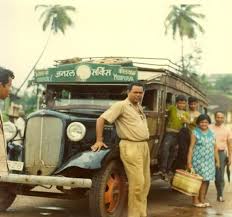