TNN | Feb 6, 2016, 09.23 AM IST
Thiruvananthapuram: Kerala Police Association would file a defamation case against solar scam accused Sarith S Nair for the statements she made before the solar commission, said KPA general secretary G R Ajith.On Friday , Saritha deposed before the commission that she had given Rs 20 lakh to the association in 2013 as donation. Addressing a news conference here on Friday afternoon, Ajith said the statement by Saritha that she had placed an advertisement in the souvenir brought out by KPA on the occasion of its 30th anniversary was under the title `well wisher' was false. It was Skyline Builders that placed that advertisement at a cost of Rs 10,000.

"Saritha claimed that KPA did not use her name because she got arrested. But the truth is the souvenir was released by chief minister Oommen Chandy before Saritha was arrested," he said, adding that this proved her allegations were false.

The case will be filed through high court advocate George Poonthottam. The permission of state police chief T P Senkumar has also been sought in this regard, Ajith said.
COMMENT:-
PEOPLE  GIVING  "DONATION" DAILY  GET CONFUSED .
PEOPLE TELLING LIES DAILY ABOUT DONATIONS GETS CONFUSED

economictimes.indiatimes.com › News › Politics and Nation
3 days ago - No receipts were given by both the MLAs, she added. Saritha Nair said that it was in November 2011 that she gave the money to Benny ...

english.manoramaonline.com/.../saritha-nair-solar-case-commission-keral...
Jan 28, 2016 - 'No party is backing me, CPM had even offered me Rs 10 crore. ... Saritha had deposed before the commission that she had paid bribe to .

The official account of 'Malayala Manorama', brings the latest news from God's Own Country and across the world.
Joined May 2009 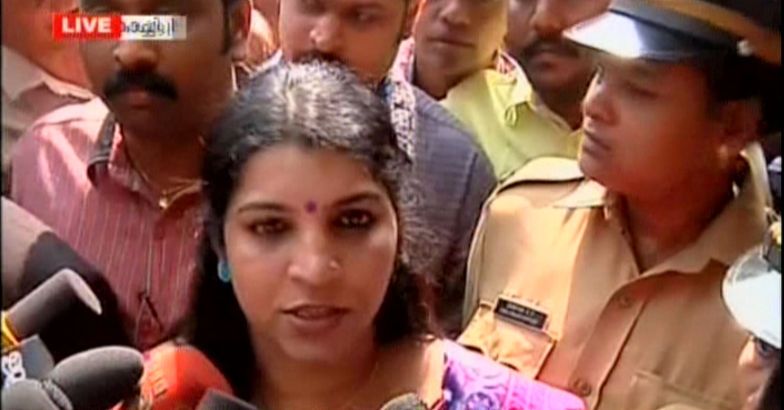