For any dedicated museum-crawler, the capital of Austria is a true paradise.

Art museums of any kind you like, Military Museum, Technical Museum, world's only Globes Museum... and the Tramway Museum in an old brownstone shed, just five minutes walk from Schlachthausgasse subway station.
In the courtyard there are historic tramcars ready for a sightseeing tour: 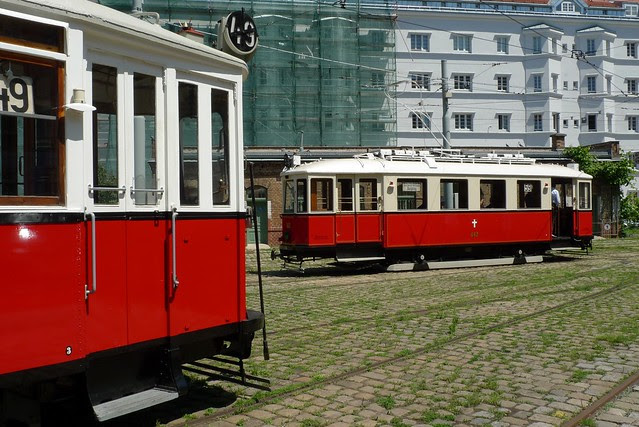 Spacious shed is waiting for the visitors: 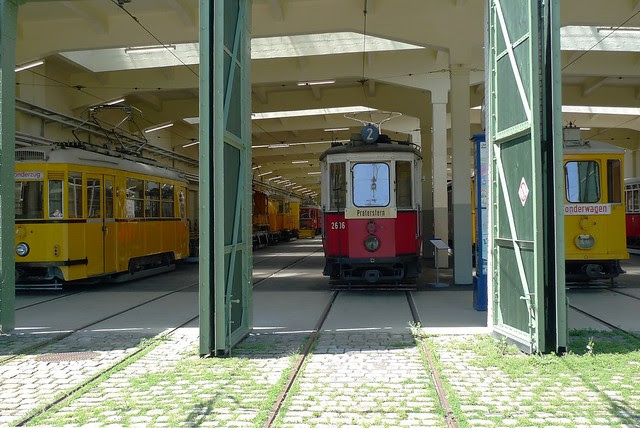 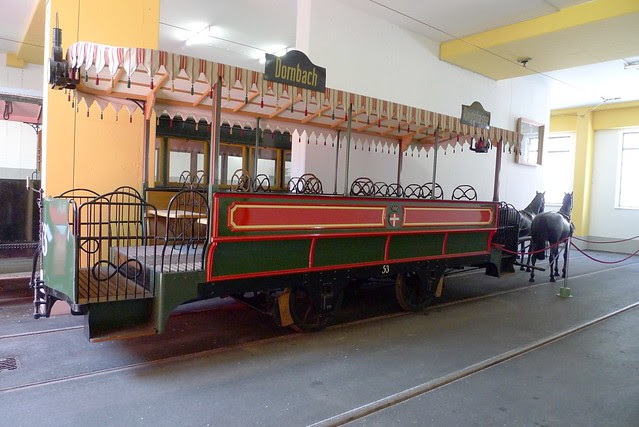 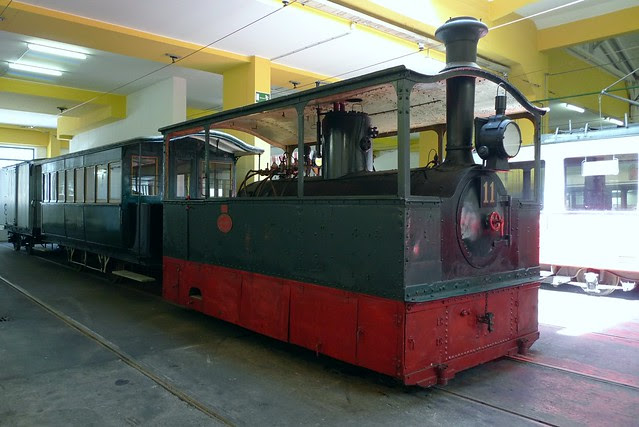 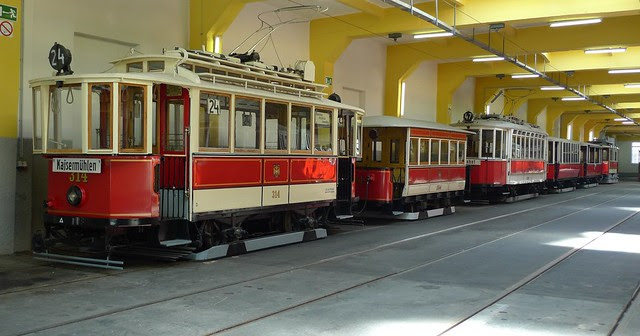 This car will celebrate its 100th birthday next year: 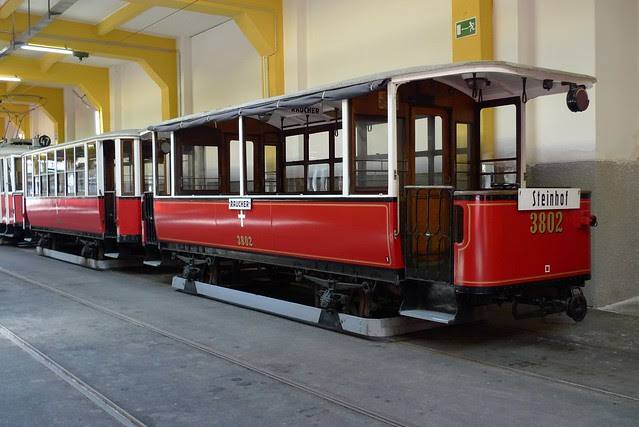 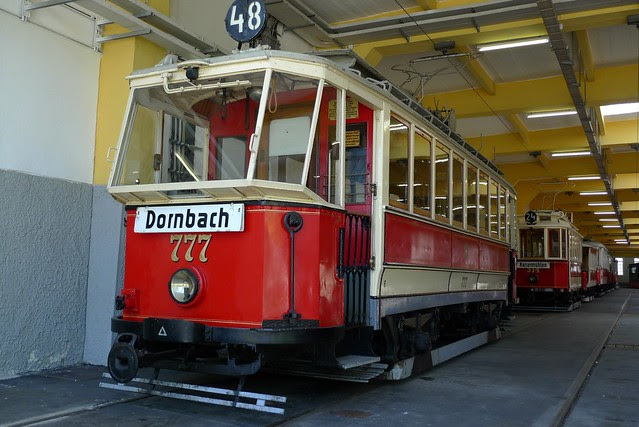 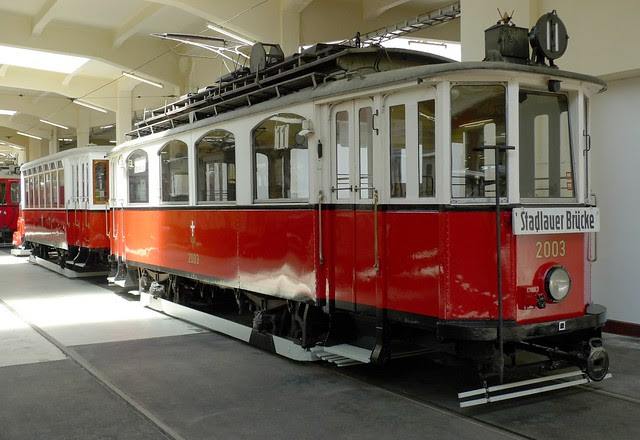 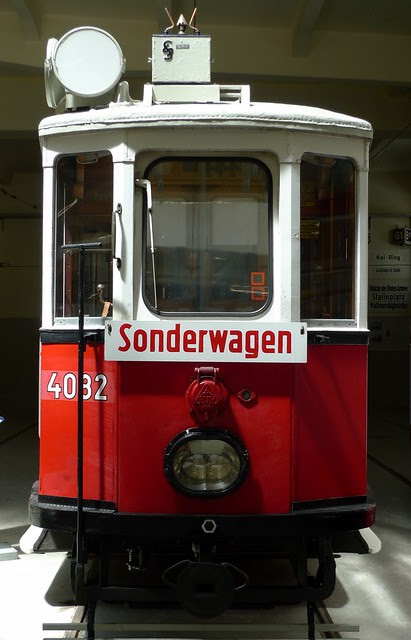 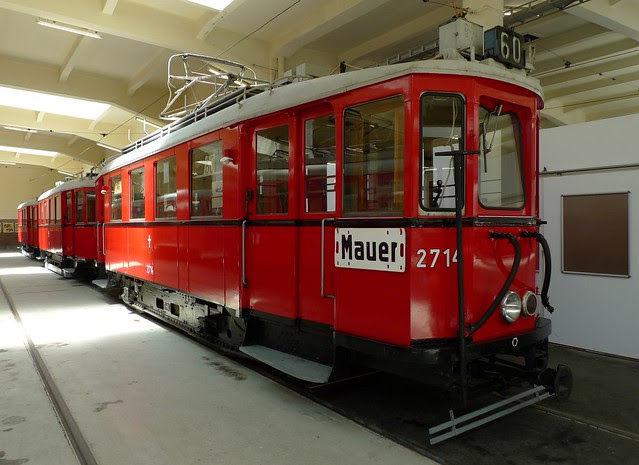 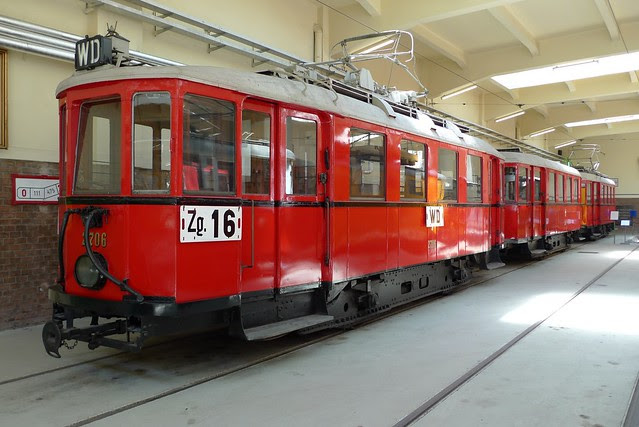 After the Anschluss and during WWII, Austrian industry (large part of it absorbed by Hermann Goering-Werke) was too busy with military production. New tramcars were delivered from Heidelberg.
German-built 1944 A-class simplified tramcar: 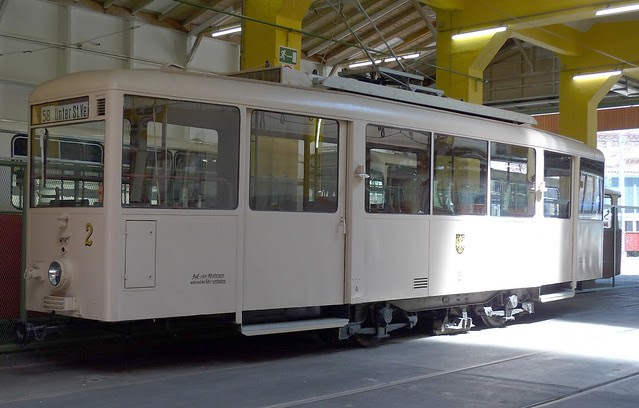 After the war, a small number of tramcars was purchased in the United States, from Third Avenue Railway System, NY: 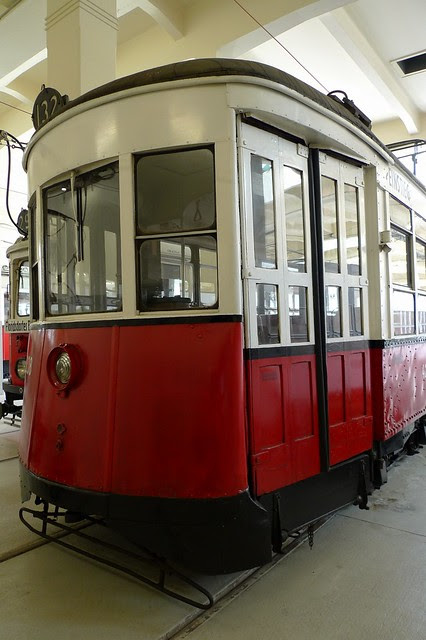 It is listed as Z-class but commonly known as Amerikaner: 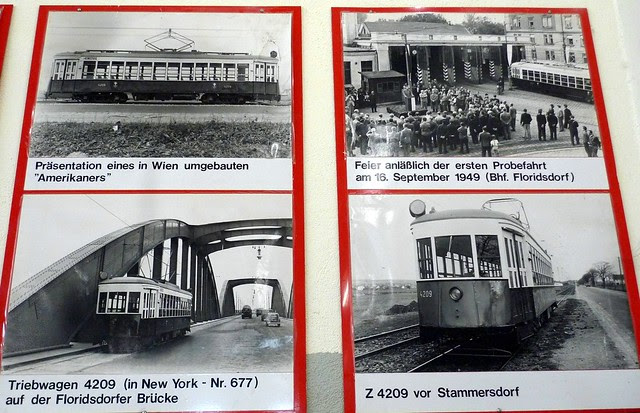 Old tramcars were extensively rebuilt in the postwar period. N-class with 1954 bodywork on 1925 rolling chassis: 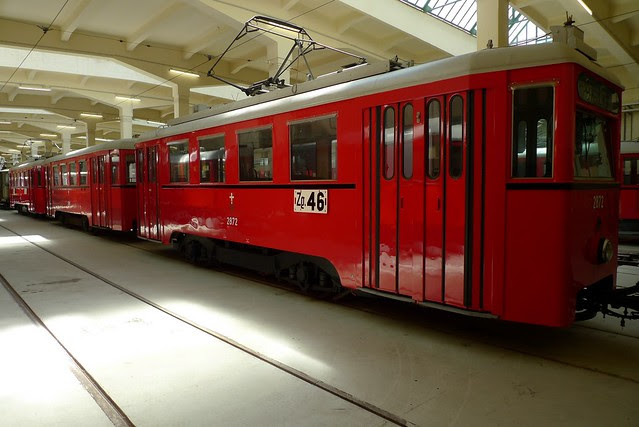 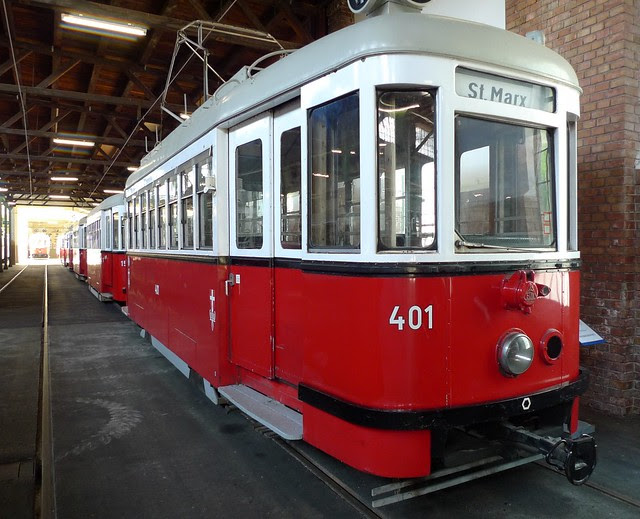 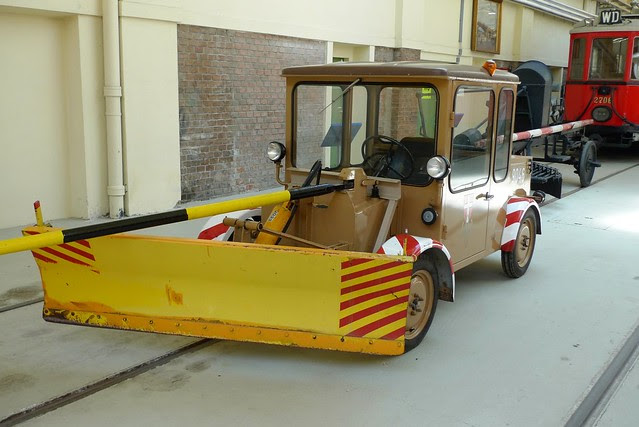 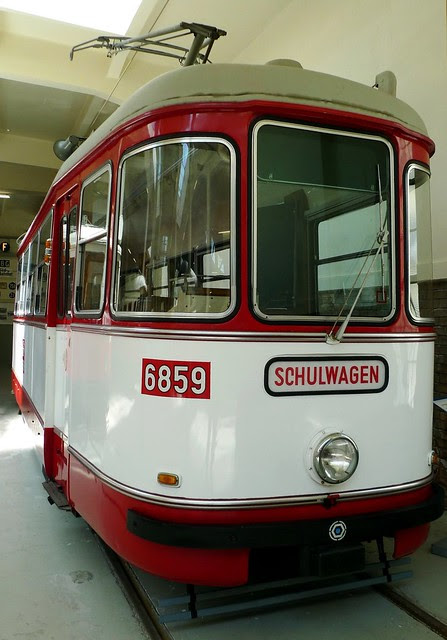 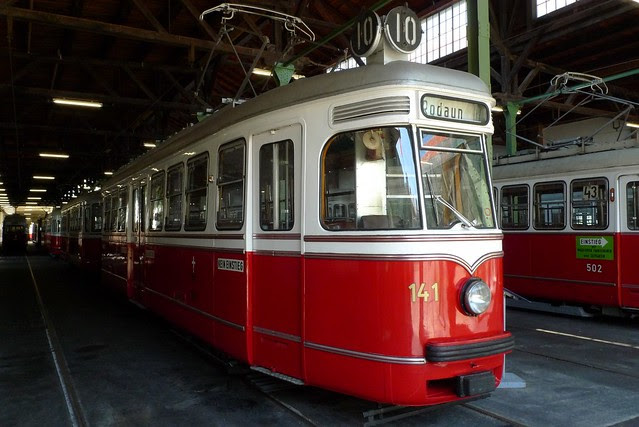 There are buses, too. For example, a 1950 Saurer 5, a Swiss design assembled in Austria by Graef und Stift: 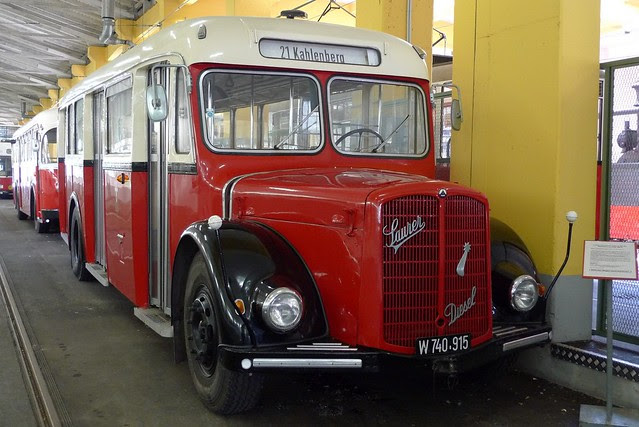 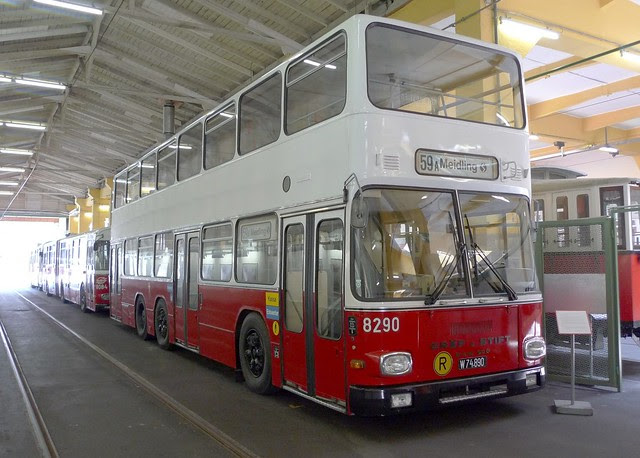 I made about 300 photographs in this wonderful shed but just for now it's better to stop.
So, when in Vienna, don't miss it. Here's a map (museum marked with "A"):

and a link to English homepage. Just notice that Vienna Tramway Museum is open only on Saturdays, Sundays and holidays, from 10 am to 5 pm, May through October. In winter and/or on weekdays, visits and tours can be arranged on special request. Probably you'd like to take a tour:
But remember: the best way to explore Vienna by tram is to take D-line in any direction. It will take you along the Ring with its palaces, churches and monuments, to Danube Canal embankment and even to Karl Marx Hof. And it's available seven days a week, all year round. Probably you'll catch an ultramodern multicolored car, though chances are slim: even today, the majority of Vienna streetcars are bright red and very, very conservative.