India is the 10th wealthiest nation in the world, US leads{-real achievement in 50 years after beiing looted for 300 years by Britain}

Rediff.com  » Business » India is the 10th wealthiest nation in the world, US leads 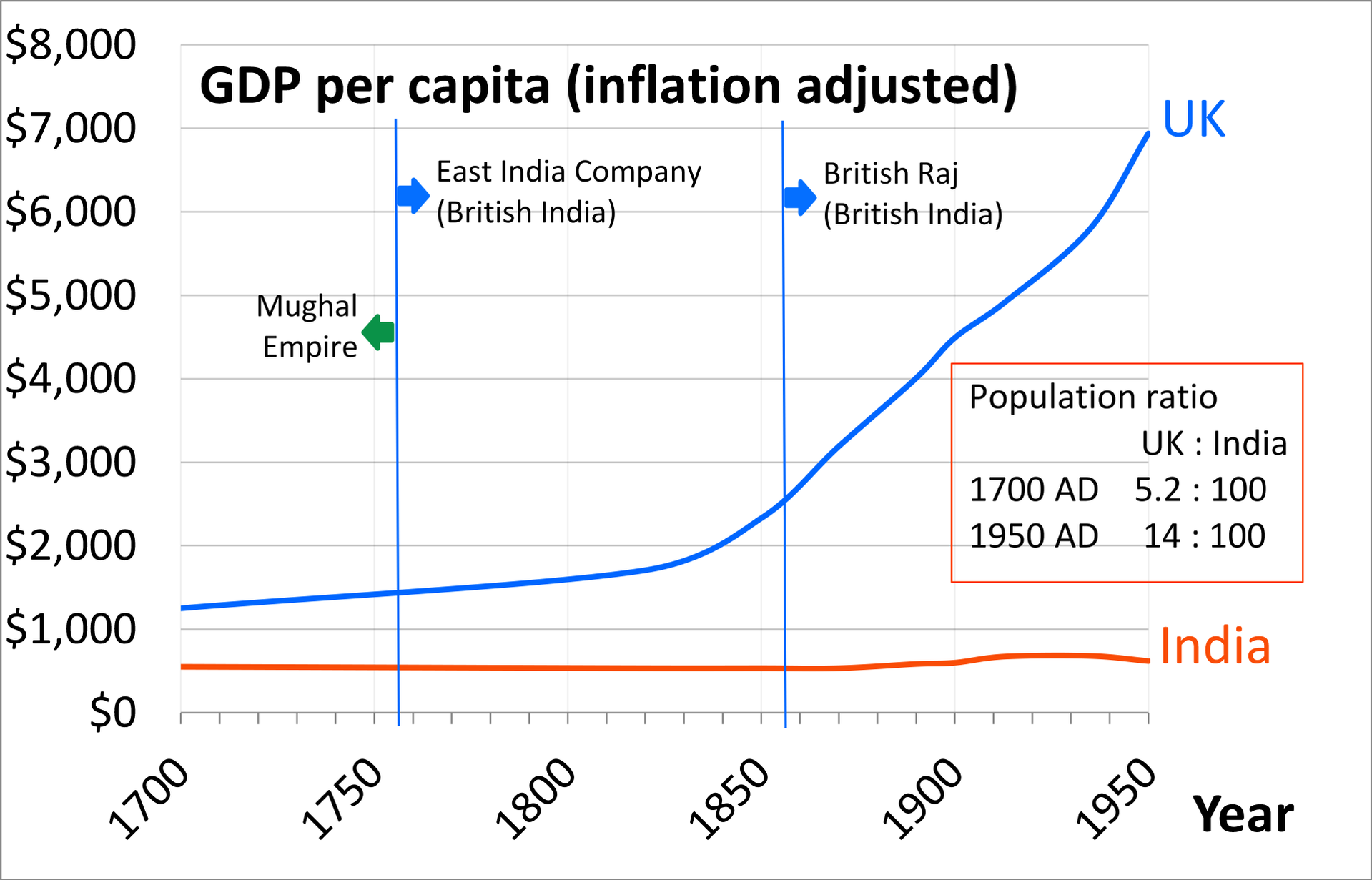 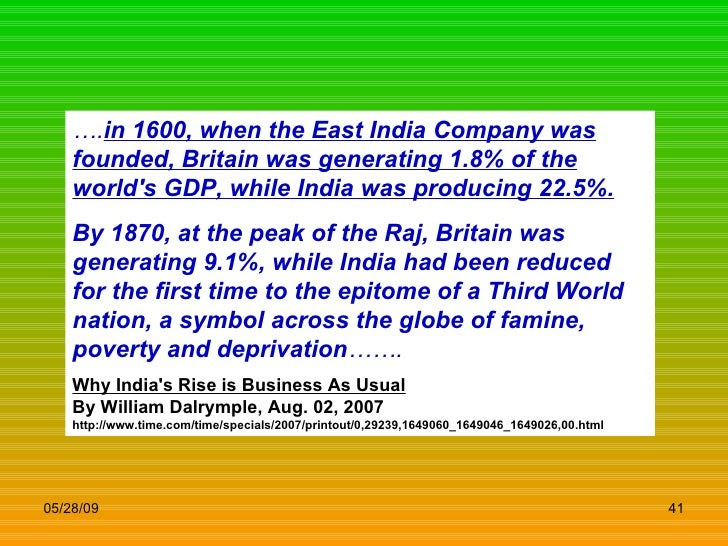 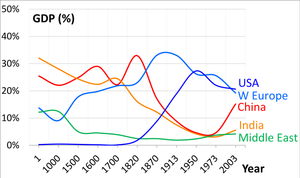 The global contribution to world's GDP by major economies from 1 AD to 2003 AD according to Angus Maddison's estimates.[23] Before the 18th century, China and India were the two largest economies by GDP output.


The fall of the Rupee

After its victory in the Franco-Prussian War (1870–71), Germany extracted a huge indemnity from France of £200,000,000, and then moved to join Britain on a gold standard for currency. France, the US and other industrialising countries followed Germany in adopting a gold standard throughout the 1870s. At the same time, countries, such as Japan, which did not have the necessary access to gold or those, such as India, which were subject to imperial policies that determined that they did not move to a gold standard, remained mostly on a silver standard. A huge divide between silver-based and gold-based economies resulted. The worst affected were economies with a silver standard that traded mainly with economies with a gold standard. With discovery of more and more silver reserves, those currencies based on gold continued to rise in value and those based on silver were declining due to demonetisation of silver. For India which carried out most of its trade with gold based countries, especially Britain, the impact of this shift was profound. As the price of silver continued to fall, so too did the exchange value of the rupee, when measured against sterling.

Comparative Indian and UK populations and GDP per capita: 1600-1871 (1990 international $)[28][29]
The newly independent but weak Union government's treasury reported annual revenue of £334 million in 1950. In contrast, Nizam Asaf Jah VII of south India was widely reported to have a fortune of almost £668 million then.[38] About one-sixth of the national population were urban by 1950.[39] A US Dollar was exchanged at 4.79 Rupees

India is the 10th wealthiest nation in the world, US leads Image: Britain's Queen Elizabeth speaks with a member of staff as she inspects a tube train during her visit to Baker Street underground station in London. Photograph: Chris Radburn/Reuters.
Country: UK
Rank: 5
Individual wealth:9052BILLION=LOOTED FROM INDIA 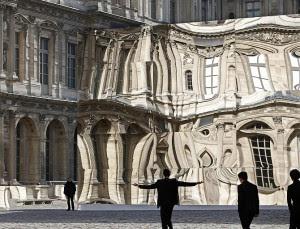 Image: Canada is also one of the wealthiest countries in the world. Photograph: Reuters
Country: Canada
Rank: 8
Individual wealth: $4,796 billion The global contribution to world's GDP by major economies from 1 AD to 2003 AD according to Angus Maddison's estimates.[23] Before the 18th century, China and India were the two largest economies by GDP output.

The East India Company was launched in 1600 but it conducted its 1st century in relatively desultory fashion, coastal forts; engaging in trade;

timesofindia.indiatimes.com › India News
3 hours ago - The five-year plan, a relic of Nehru-era economic policy, will officially be buried as the Niti Aayog's governing council is likely to approve the ...

comment:-
5 year plans gave a foundation on which to build India