https://en.wikipedia.org/wiki/Red_flag_traffic_laws
Red flag laws were laws in the United Kingdom and the United States enacted in the late 19th century, requiring drivers of early automobiles to take certain 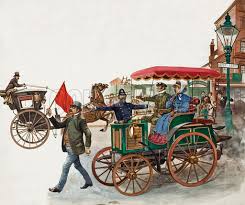 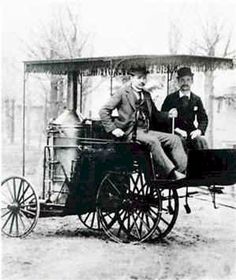 THE FIRST CAR IN BOMBAY(STEAM CAR)
Olds built his second vehicle in This steam vehicle was publicized in the Scientific American Magazine and was sold to a Bombay, India company.

Both steam and gasoline driven cars were well developed before they made their appearance in India. It was in 1897 that a resident of Calcutta brought the first car to India. The next year, there were four cars in Bombay, one of them owned by Jamshedji Tata and the other three also by Parsis.Dec 23, 2008 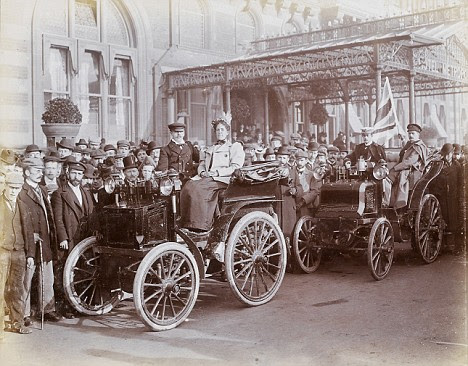 The “Red Flag Act” was replaced on 15 November 1896 by The Emancipation Act, which allowed speeds of up to 14 mph (22 km/h). The abolition of the Red Flag Act was celebrated by the London to Brighton Car Run, which is now the world’s oldest car event.

Images for HORSELESS CARRIAGES OF 1900

Photograph of first steam car built by R. E. Olds, Lansing, 1886. In 1893, it was sold to an English firm and shipped to their branch house in Bombay
History of steam road vehicles - Wikipedia, 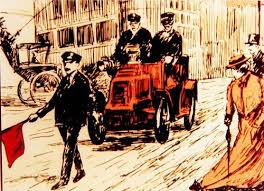 Red flag law in the UK

Main article: Locomotive Acts
In United Kingdom, the Locomotive Acts (also known as Red Flag Laws) was a policy requiring self-propelled vehicles to be led by a pedestrian waving a red flag or carrying a lantern to warn bystanders of the vehicle's approach.

The Red Flag Law was repealed in 1896, by which time the internal combustion engine was well into its infancy

https://en.wikipedia.org/wiki/Red_flag_traffic_laws
Red flag laws were laws in the United Kingdom and the United States enacted in the late 19th century, requiring drivers of early automobiles to take certain ... 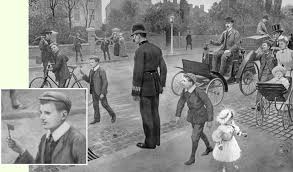 Ten years after the abolition of the “Red Flag Act”, The Illustrated London News published a humorous drawing celebrating the famous action of a Mr Harry Heweston. The “Red Flag Act”, as the Locomotive Act of 1865 was known, set speed limits of 4 mph (6 km/h) in the country and 2 mph (3 km/h) in towns. It also stipulated a man with a red flag should walk 60 yards (55 meters) ahead of each vehicle to warn horse riders and horse drawn traffic of the approach of a self-propelled machine.


After buying a 3 hp Benz in Germany, Heweston went out in the motor car in his home town of Catford with a small boy and upon receiving a report of a policeman ahead, set the boy out of the car to carry out the letter of the law. Ironically the flag was a tiny scrap of red ribbon on a lead pencil!

The “Red Flag Act” was replaced on 15 November 1896 by The Emancipation Act, which allowed speeds of up to 14 mph (22 km/h). The abolition of the Red Flag Act was celebrated by the London to Brighton Car Run, which is now the world’s oldest car event.


Unlike horses, motor cars were subject to breakdown. In fact, in the early days of motoring, it happened so often, that the father of Hon. Rupert Guinness had two vehicles kept on his Elveden Estate. Whenever his royal guest, the King Edward VII, travelled in one, “it was followed by another which took over when the first broke down.”


Those who did not enjoy such arrangements, had to endure many hours of idle waiting. With this in mind the manufacturers of the French Diabolo game were active in an effort to market the game subliminally as the pastime of choice for those irritating delays on the open road.

www.earlyamericanautomobiles.com/americanautomobiles12.htm
As long as one could handle an automobile, he could get a license to drive one. ..... Bicycle Company, Cleveland, OH who decided to build automobiles in 1900. ..... his pre vice-president brother Frank to France and try to make a fresh start.

MYSELF AND VINTAGE CARS BOUGHT AND SOLD:-
MY FIRST CAR WAS A 1928 FIAT

WHICH WAS SOLD TO @ ,MINISTER -THE CAR LATER DISAPPEARED /DESTROYED?
MUCH LATER I HAD AN AMERICAN TOURER CAR OF 1928 MODEL:-

SIMILAR TO THIS ,SOLD IT TO A CAPTAIN OF INDIAN SHIP ,LATER I HEARD HE TOOK IT TO DUBAI AND SOLD FOR A PROFIT

Seller:
FROM INTERNET -MAY BE ALREADY SOLD 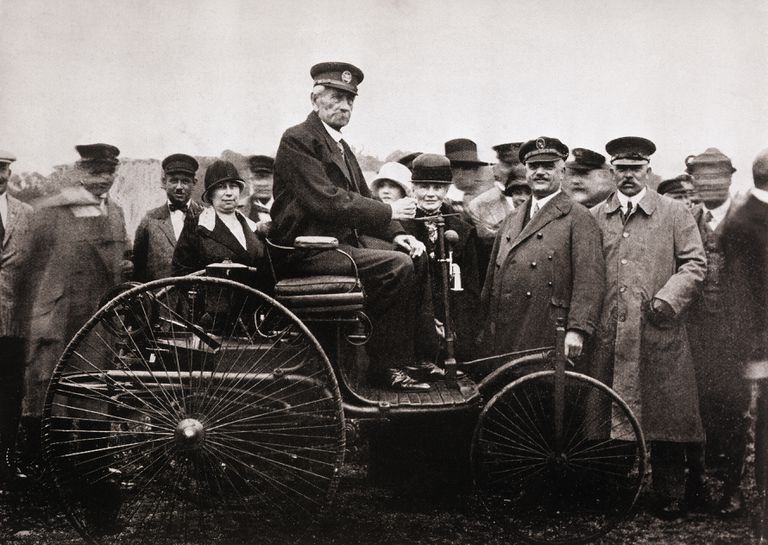 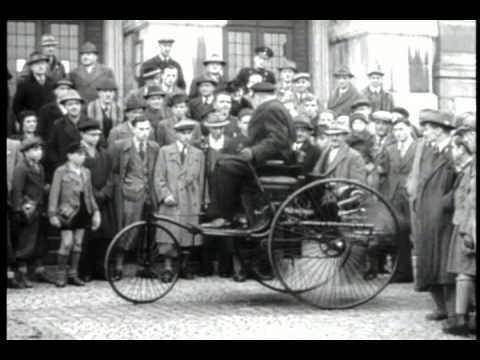 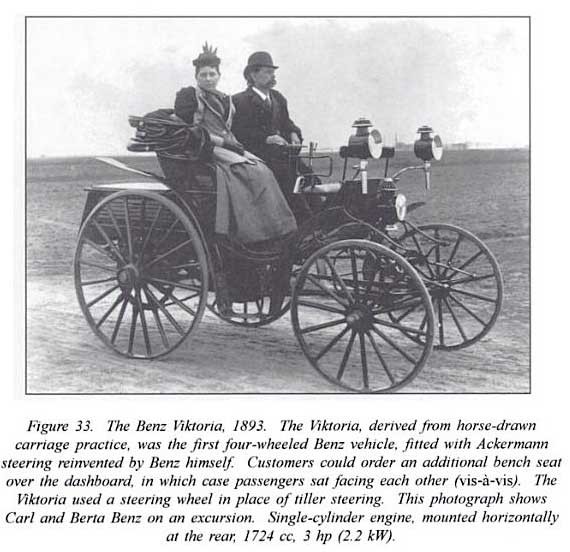 1800 | History Timeline | In Search of the Canadian Car

Canada Science and Technology Museum
First motorcycle by Gottlieb Daimler and Wilhelm Maybach was built in 1885. 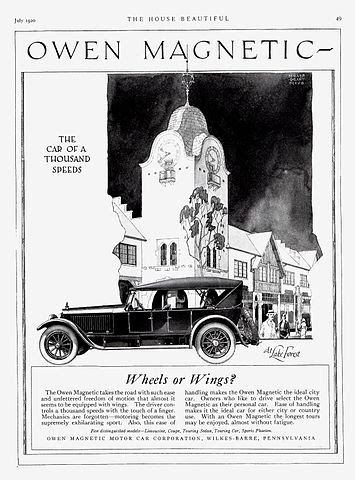 Edison Tech Center
The Owen Magnetic is a gasoline car with an electric transmission. This is an enormous advantage before automatic transmissions are introduced in the late ..

how the horses disappeared in 13 years.

The PowerPoint slide shows New York's 5th Avenue packed with horse cabs and carriages. Stanford University lecturer Tony Seba asks the audience to look closely at this shot from Easter 1900. "Where's the car?" he asks. None can be seen till Seba points to a blurry form that you eventually see is a horseless carriage. 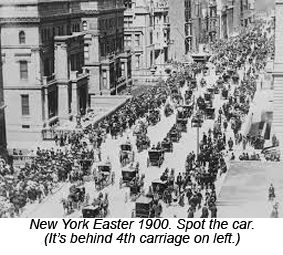 "Now here is 5th Avenue, Easter 1913." This time the street is filled with automobiles and some buses and trucks. "Where's the horse?" he asks. There is none to be seen.

"To go from all horse to all cars took about 13 years," said Seba, "That's history, that's disruption." 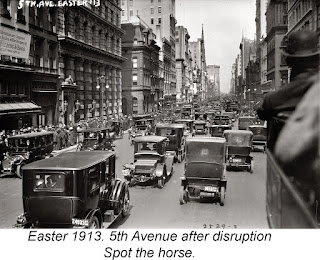 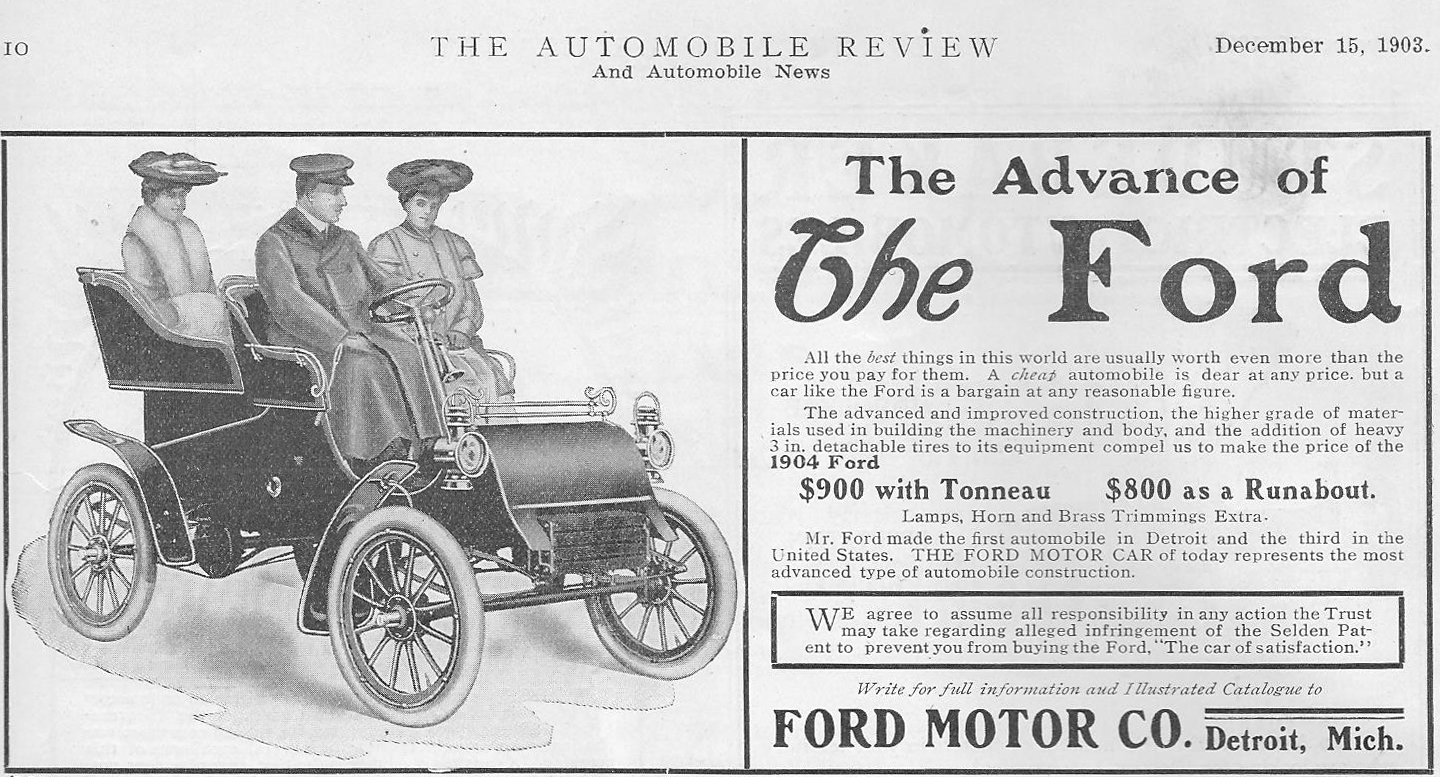