1. BHARATIYA MAZDOOR SANGH – BMS is not affiliated to any International Trade Union Confederation. It is the labour wing of RSS. [3]

en.wikipedia.org/wiki/Jyoti_Basu
He served as the Chief Minister of West Bengal from 1977 to 2000, making him the ... Basu became the secretary of Friends of Soviet Union and Anti-Fascist ... Jyoti Basu led one after another agitations against the State Government and .... trade unions against the use of computers, which adversely impacted employment; ...

3.GEORGE FERNANDES FORMER MINISTER WAS IN THE FOREFRONT OF ANTI COMPUTER AGITATIONS OF 1984

early 1980s, Indian companies were not even computerized;Labor unions were protesting against computerization on the grounds that technology would displace jobs

The computers, the protestors said, were a "capitalist evil that would rob people of their jobs". The same leftists today showcase their government"s success in promoting the information technology sector.Bengal"s leftists have come a long way since the days of anti-computers protests

The Commodore 64 was one of the most popular microcomputers of its era, and is the best-selling model ofhome computer of all time. 1970

Three decades after the leftists famously led the protests against the introduction of computers in banks, West Bengal Chief Minister Buddhadeb Bhattacharjee has openly termed the action as "foolish". "That was in the 1970s...that was foolish, foolish. It started when they were going to introduce computers in banks and (insurance companies). Their employees protested and we supported it. But how can you stop modern technology? Nowadays, they have understood...We have entered a century where industries will be talent-based,"Bhattacharjee said in an interview to the Far Eastern Economic Review. Communist Party of India (CPI) leader and MP Indrajit Gupta takes the salute at a 'guard of honour' by party volunteers in Calcutta on March 15, 1970.


even  the CPI-M has become pro-capitalist.The ruling party was anti-capitalist twenty years ago and  tried to stop the introduction of computers ,  and now they are pro-capitalist trying to bulldoze peasants and create new industries.
{ The CPM had come to power through a historic victory in the elections in 1977 when it had promised that land will be given to the tillers and it effectively did distribute land to the landless labourers and sharecroppers. That action had helped it to retain its hold over the Bengal countryside for decades}

Another protester against computerization with same arguments as Marxists;  was socialist leader George Fernandez   who was not only against computers but also against car racing .I can remember reading in news papers that his party workers stoned Bombay to pune car rally in 1980's  .His argument was that it was a waste of petrol!!and so a waste of foreign exchange to import petrol'
The government of India [READ GEORGE FERNANDEZ]came out with a ruling that said if a product was made in India, its source code had to reside in the country. Another requirement was that international companies had to dilute their equity. The equity dilution did not affect companies too much because they had to agree to dilute rather than dilute equity per se, but the source code requirement did.
That was the main reason why IBM decided to leave India, as did Coca-Cola. IN 1977

The film is set in post-independence India, where

industrialization is slowly creeping in 1950. The focus is

tongawallahs who earn their living transporting people on

(horse carts). Their livelihood is threatened when the son

which he subsidizes heavily with the sole intention of first

landlord over this injustice. Jeevan's character proposes a

to decide which service is the best: The bus or the 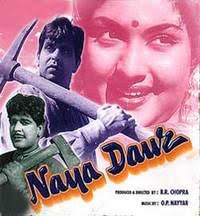 The story revolves around the great character of

inspired) who plays the role of a tongavala, a

horse-cart driver whose job is threatened