The royal craftsmen from Attingal


The royal craftsmen from Attingal

The ancient Thottathil and Kunnathu families were craftsmen associated with the Attingal palace. Members of these families were chosen as the chief craftsman of the Sree Padmanabha Swamy Temple.

Not far from the banks of the meandering Vamanapuram River is the ancient Attingal palace. 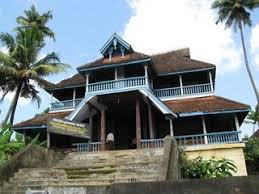 The old palace complex was once the seat of the matriarchs of the erstwhile Travancore royal family.
The history of the palace and the settlements surrounding it trace their origins to the 14th century, when two young princesses from the Kola Swaroopam in North Kerala were adopted by the Venad royal family.


According to the records, the princesses were adopted in 1304-05 AD, during the reign of Samgraamadheera Ravi Varma Kulashekara (r.1299-1313 AD).The princesses brought with them people belonging to all castes and creed to serve them.

{{1299 – 1313      Raja Sri Ravi Varma, Kulasekhara Perumal, Sangramadhiran Trikshatra Chudamani, Raja of Venad. b. 1266, son of Raja Sri Jayasimha Deva, Kulasekhara Perumal, Raja of Venad, by his wife, Rani Umma Devi, Rani of Venad, educ. privately. Adopted by the childless Rani Aavani Amma Thampuran of Attingal. Succeeded to the throne of Kerala, at Kolambapuram (Quilon) 1299 (in his 33rd year). He asserted his independence in 1310 and claimed the Pandyan throne after marrying a Pandyan princess, ultimately defeating Jatavarman Vira Pandya, the illegitimate son of Maravarman Kulasekhara I, twice and assuming control of his realm. The garrisons established in the Tamil country by the Muslim invader, Malik Kafur, were expelled by him. He established his rule over most of the southern countries between Kanyakumari and Madras, and as far north as Nellore. Crowned at Madurai, 1312 (in his 46th year). He then defeated the Cholas and was crowned as Chakravathi on the banks of the Vegavati River, at Coonjevaram (Kanchipuram), 1314. During his reign, Quilon rose to great prominance as a centre of trade and international commerce. Author of “Pradyumnabhudayam”. m. before 1310, a daughter of the Pandya ruler Maravarman Kulasekhara. He d. at Quilon, 1313.}} 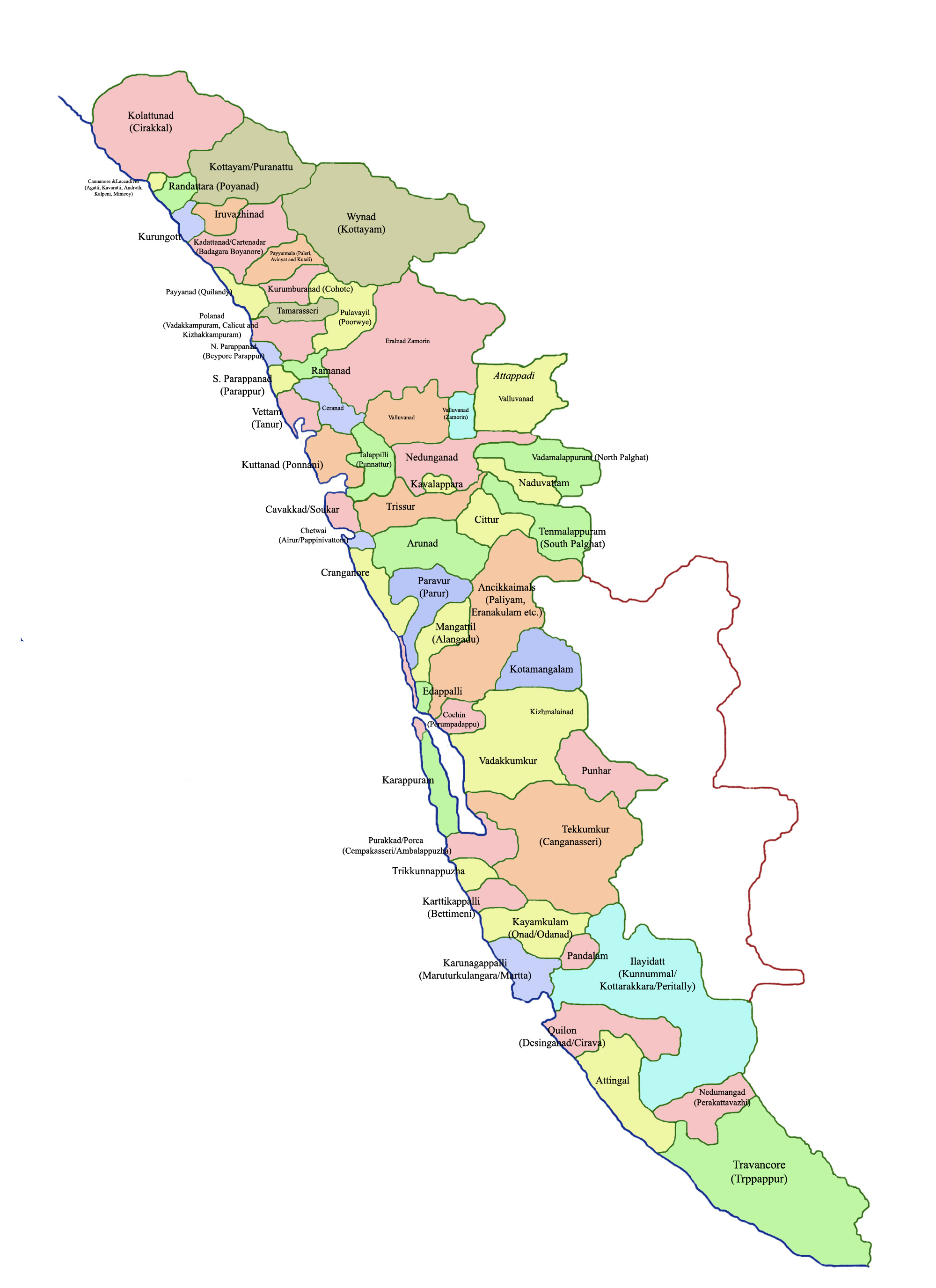 With them came skilled craftsmen of the Viswakarma caste to build palaces and temples. They built the Attingal Koikkal palace, and temples for the royal family. These craftsmen settled in Attingal and nearby areas, and later evolved into a guild of master craftsmen. 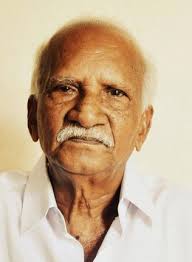 The ancient Thottathil and Kunnathu families, both located near the palace complex, possess memories of their early roots in the Kola Swaroopam. The popular oral traditions within the families point to the fact that the ancestors of these families were the craftsmen associated with the Attingal palace and thus they were also associated with the Valiya Kottaram in Thiruvananthapuram.

The members of these families held the traditional post of ‘Pandaram Vaka Achari’, the chief craftsman associated with the Sree Padmanabha Swamy Temple and the palace, and enjoyed royal patronage. 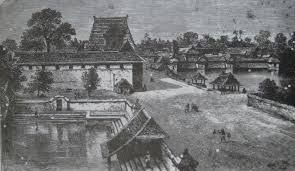 The ancestors of both these related families were exponents of the traditional architectural canons. Dr. R. Madhudevan Nair , quoting from the Mathilakam records of 1753 AD, writes in his book, Thiruvithamkoorilae Kshetrankal, the role played by Thottathil Achari in the construction of the famed Thiruvaaraattukaavu temple in Attingal.

The services of Thottathil and Kunnathu moothacharis (head craftsmen) were required for the ‘pandal-kal nattu’, the ‘pillar planting ceremony’ associated with royal weddings.

After the special pujas performed by these craftsmen, the main wooden post fashioned out of jack wood was placed at the Southwest corner of the kalyanapandal (marriage venue), commencing the grand wedding celebrations.

The senior members of the families recall that when a child was born in the royal family, it was the duty of these craftsmen to make a cradle
and present it to the royal family.

“The wooden cradle was brought to Vallakkadavu in a boat 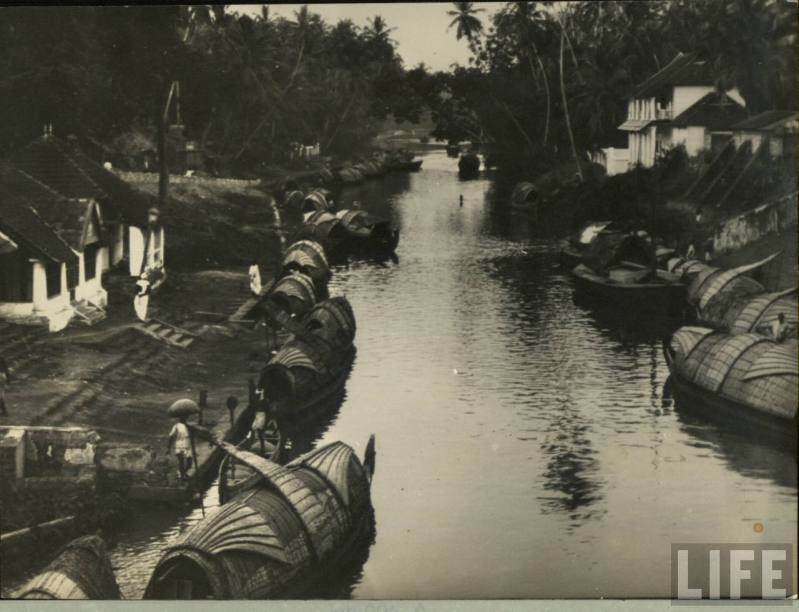 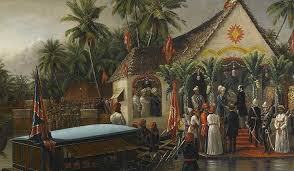 from there it would be ceremoniously carried to the Fort palace complex. Later, when the royal family shifted to Kowdiar, the cradle was taken there,” recalls Sharada, a descendant of the Thottathil family.
The cradle made for Avittam Tirunal, son of Princess Karthika Tirunal, and its ceremonial presentation at the palace is sill etched in the memory of Kolappan Achari, the patriarch of Kunnathu Veedu. “The cradle for Avittam Tirunal was crafted under the supervision of Thottathil Kaalu Achari and Kunnathu Shangu Achari,” says Kolappan Achari. 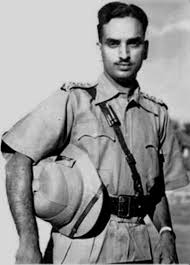 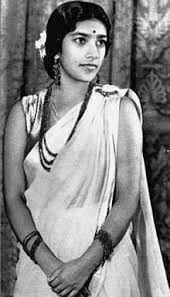 “In 1933, the pillar planting ceremony of Princess Karthika Tirunal’s Pallikettu (royal wedding) was also carried out by the same craftsmen,” adds Achari. 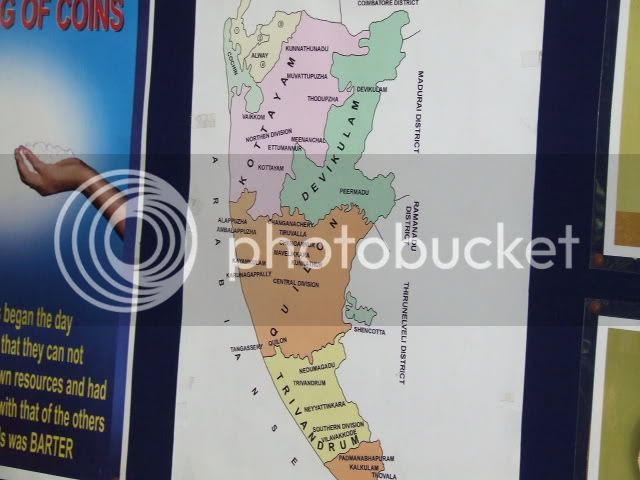 The service of these craftsmen was employed for the Thirumadambu ceremony. The 'Palace Manual' states that during the ceremony the young prince would be presented with a pacha thoppi (green cap), udavaal (the insignia sword) and churika kol, the symbols of sovereignty. 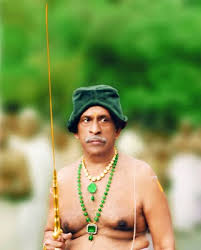 
The churika kol was made by the head craftsmen of Kunnathu family.
(This write-up is based in an interview with Kolappan Achari (Attingal), and Sharada Ammal.) 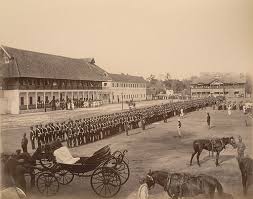