This microcar was made in India in 1949 by Shankarao Kulkarni.
It was a two doors twoseater with the passenger behind the driver, like the Messerschmitt.
Note the antelope head ornament on the hood.
Till 1975 Kuljarni made 5 other mini models. Due to red tape they never came into production.
B&w photo colorized. 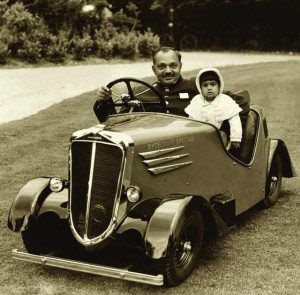 Princess Harshad Kumari with her father Jamsaheb Digvijaysinhji
Automobiles were another extravagance of the princes that enriched the auto manufacturers. Luxury cars were given as gifts and in trousseaus, and were purchased in quantity.  The fleet of the Maharaja of Mysore had no less than 24 Bentleys and Rolls-Royce 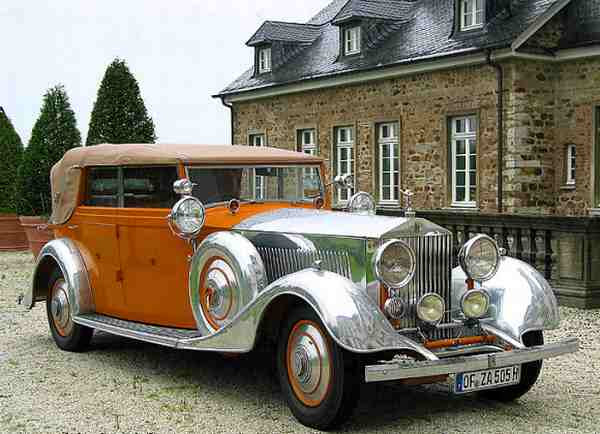 Maharaja Mandhatasinh Jadeja, grandson of the iconic Maharaja of Rajkot, has now finally been able to get back the vintage Rolls Royce owned by his grandfather for just $850,000, that too after the car was being hailed as one of the World’s Most Expensive Rolls Royce. The magnificent Rolls Royce 1934 Phantom II, custom built for the Maharaja of Rajkot and nicknamed as the ‘Star of India’ was sold to a British car collector in the year 1968. 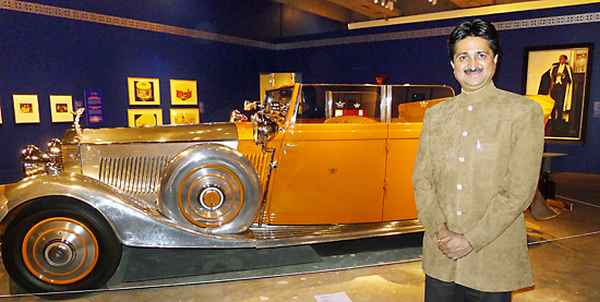