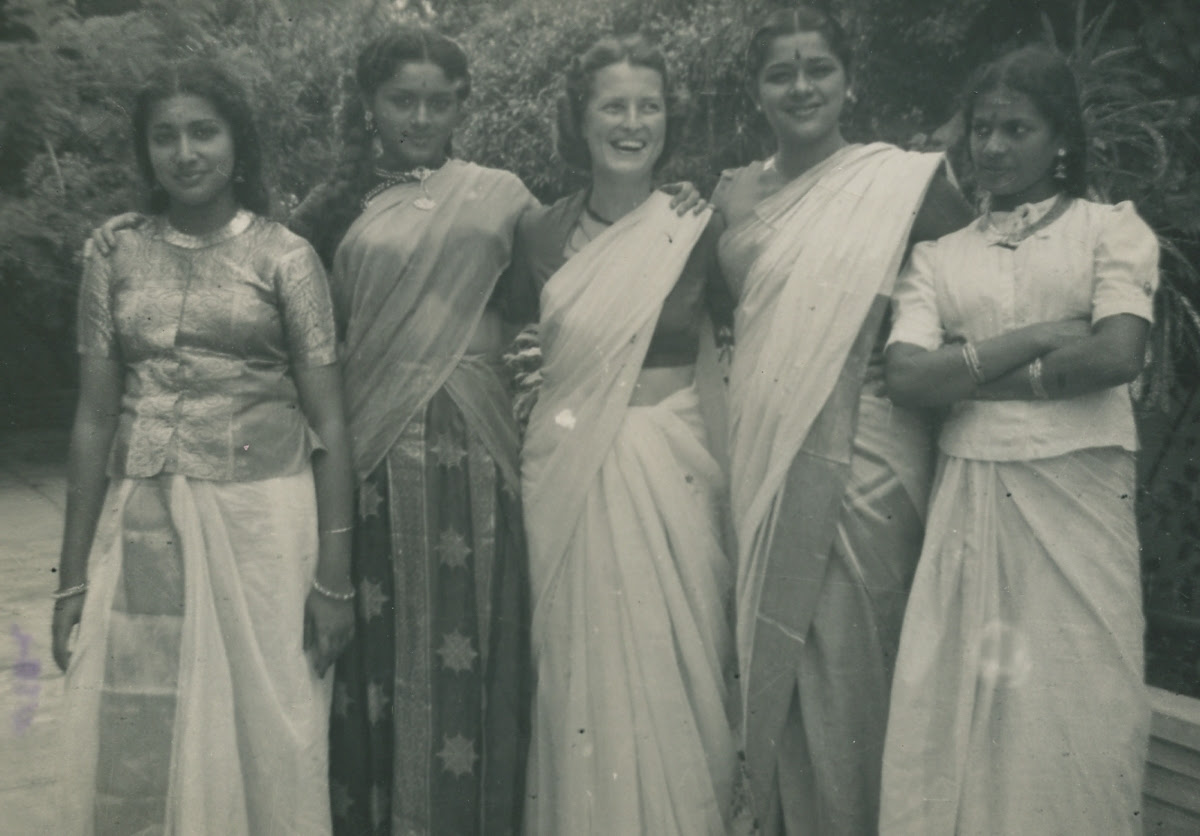 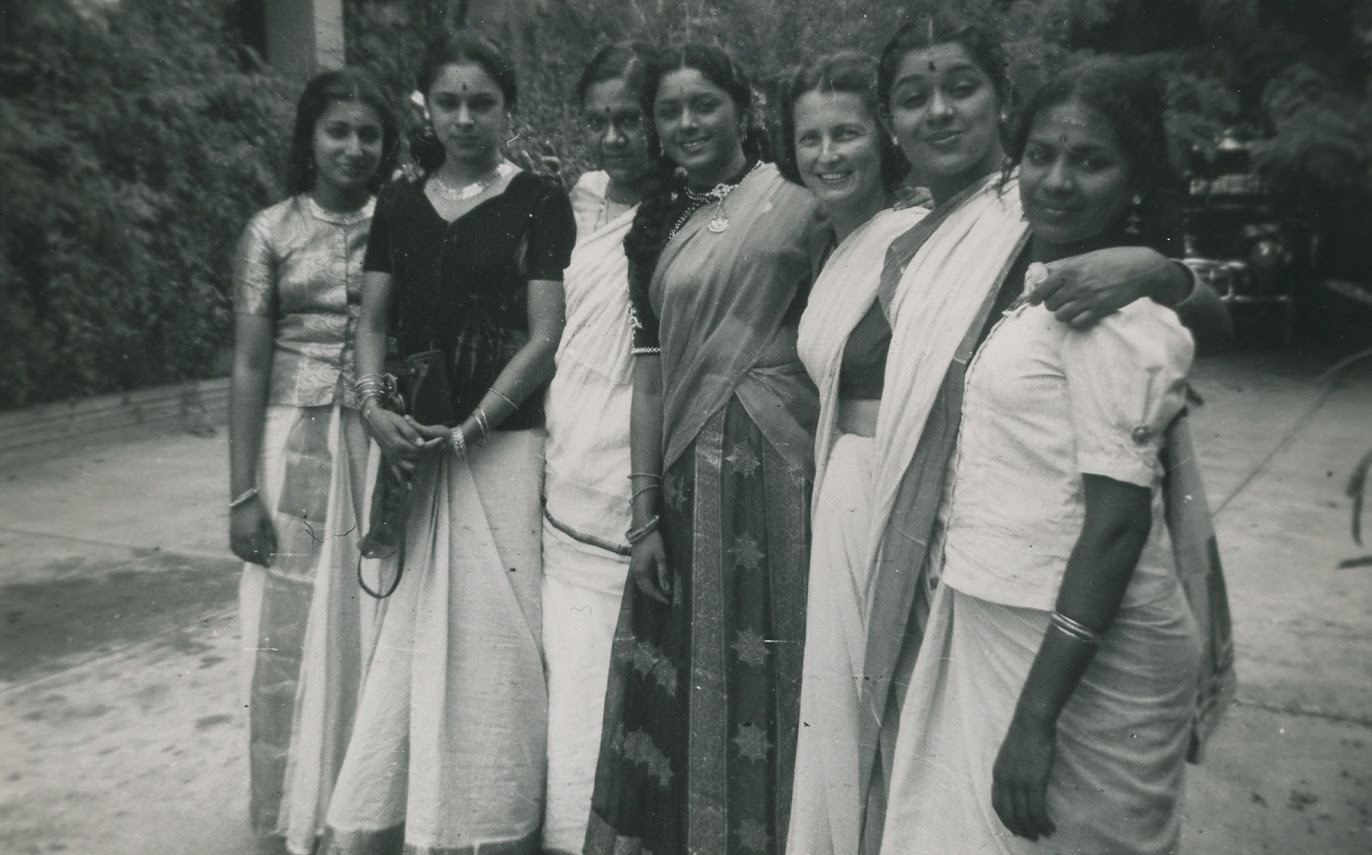 A formal portrait of Ragini and Padmini: 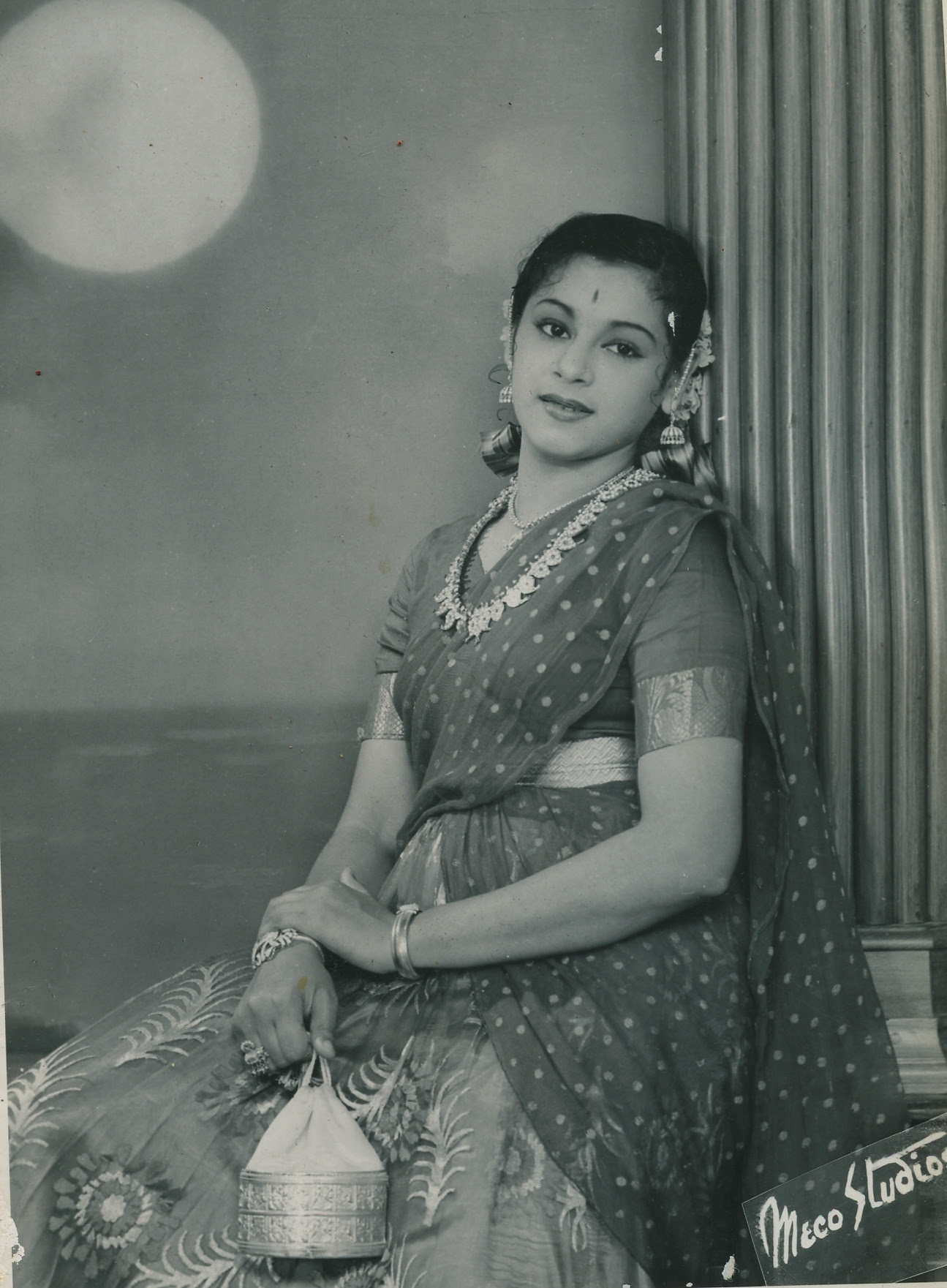 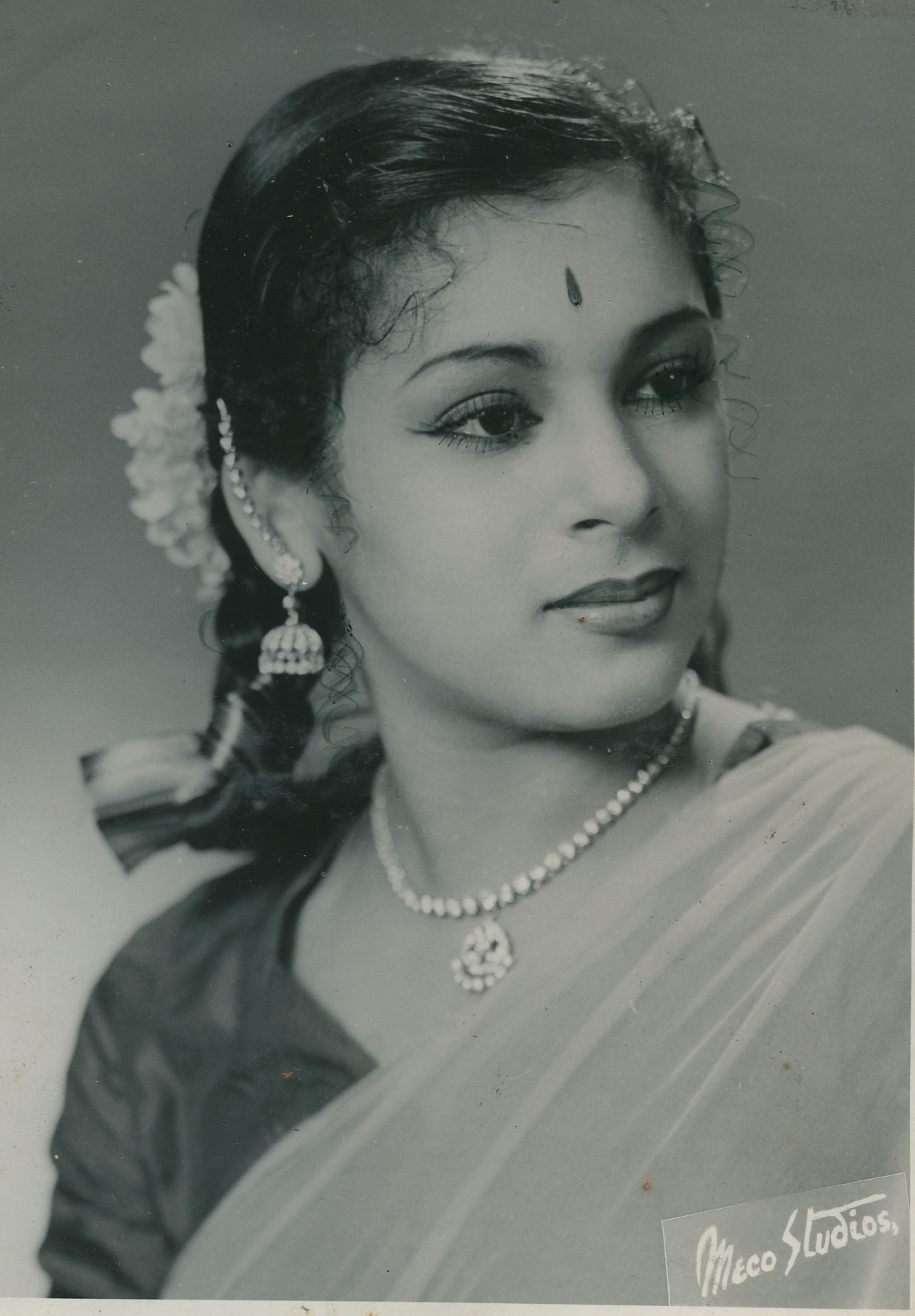 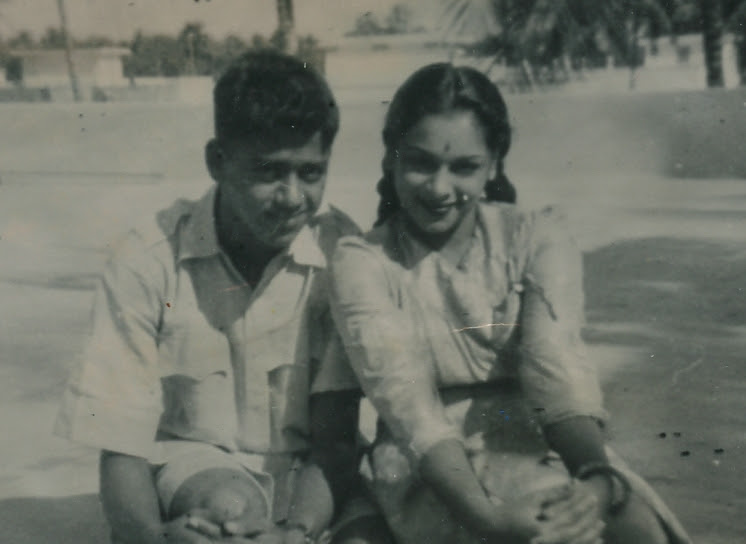 Ragini with her brother, Chandran: 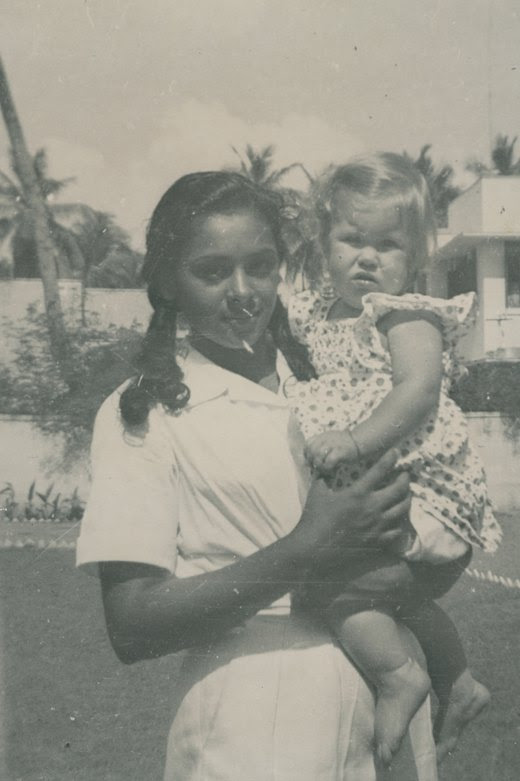 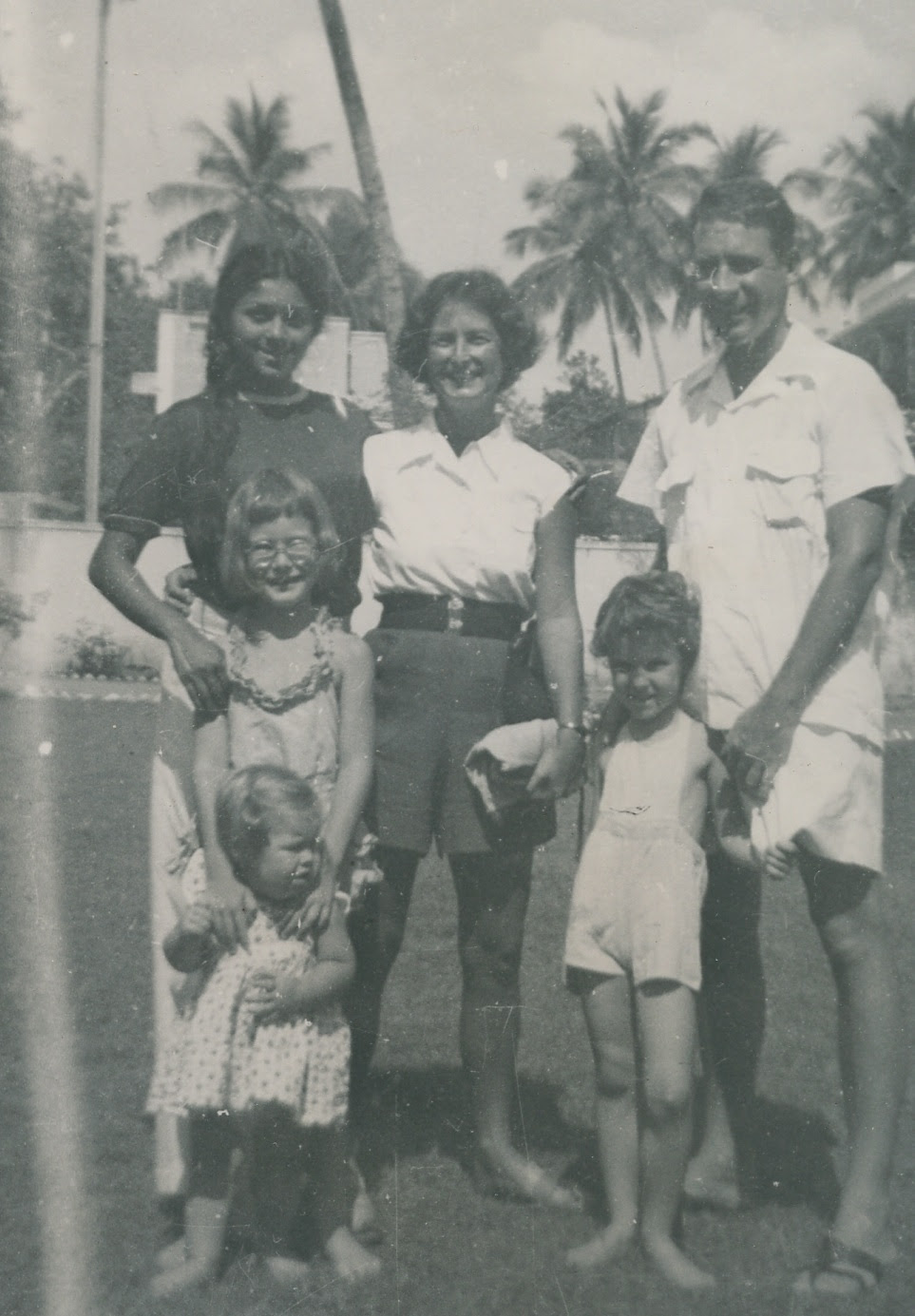 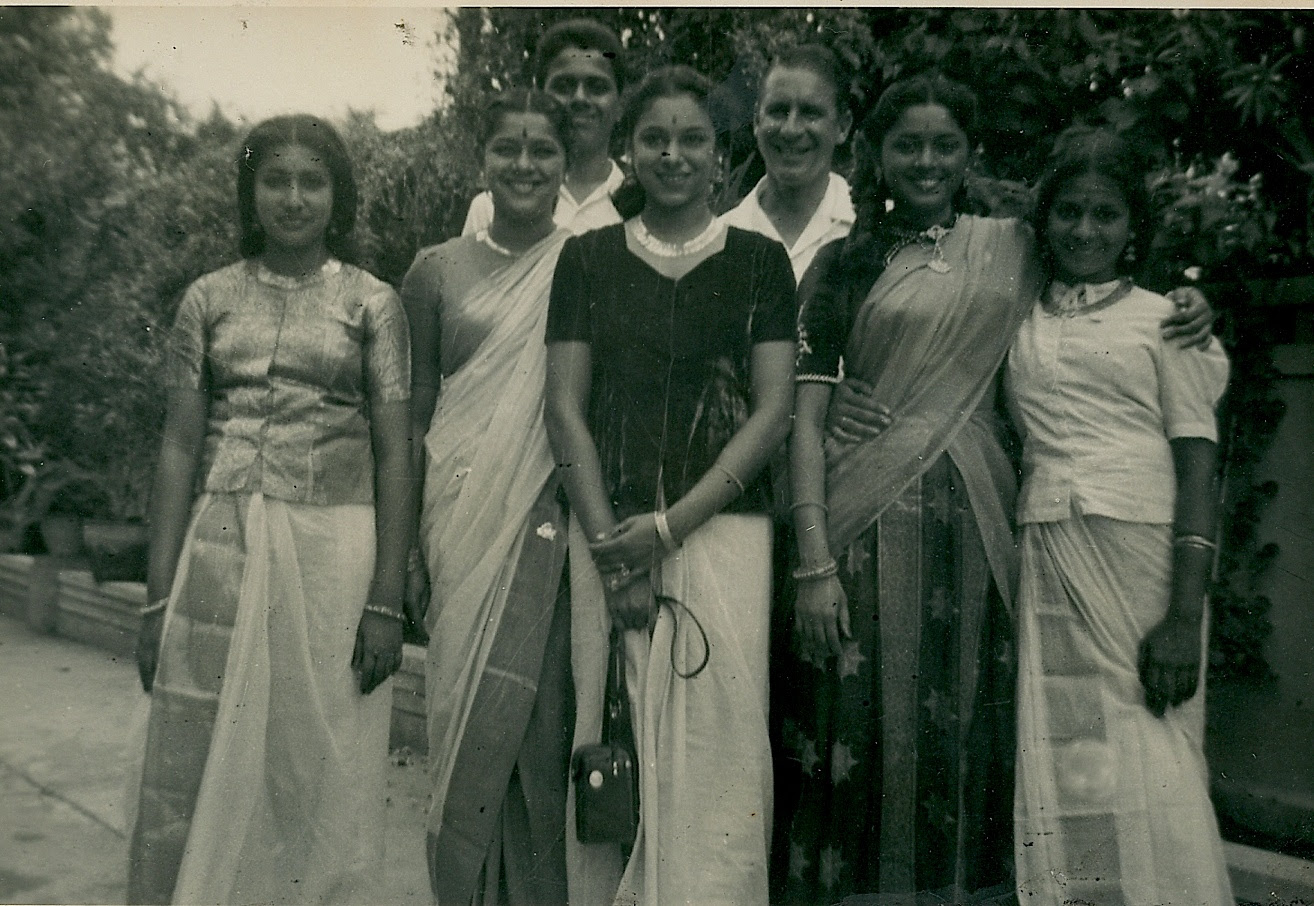 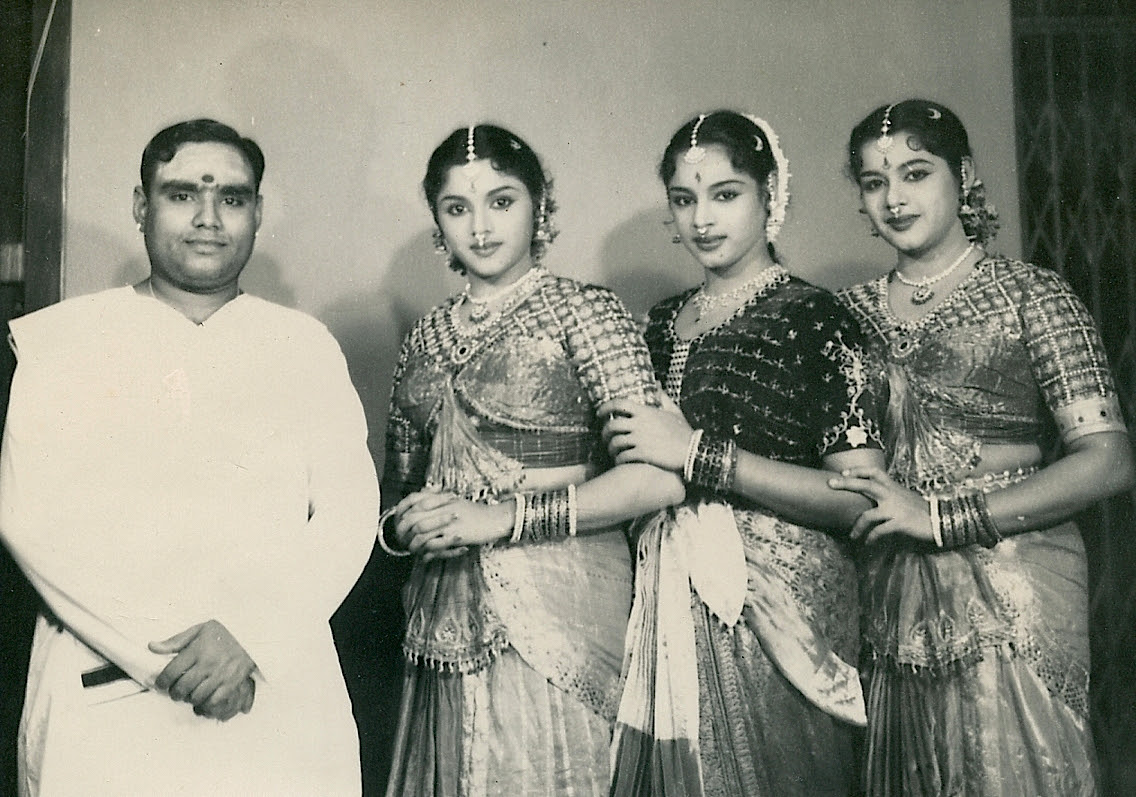 on the left is Guru Gopalakrishnan, who sometimes danced with the sisters.(padmini,ragini,lalitha)
Lalitha (1930-1982) was the oldest of the sisters, in whose pioneering footsteps Padmini and Ragini followed. She got her start in films at age eight. 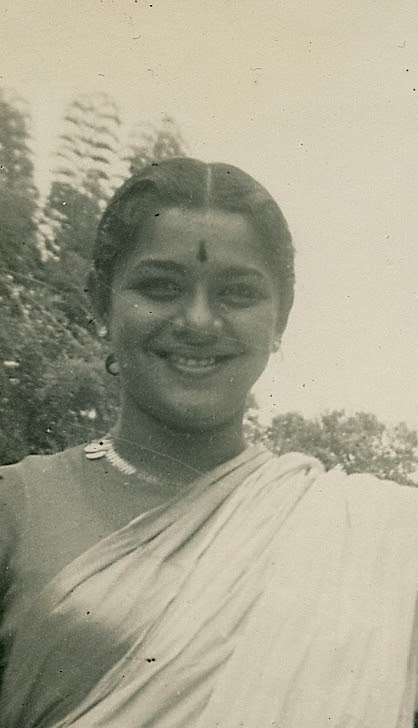 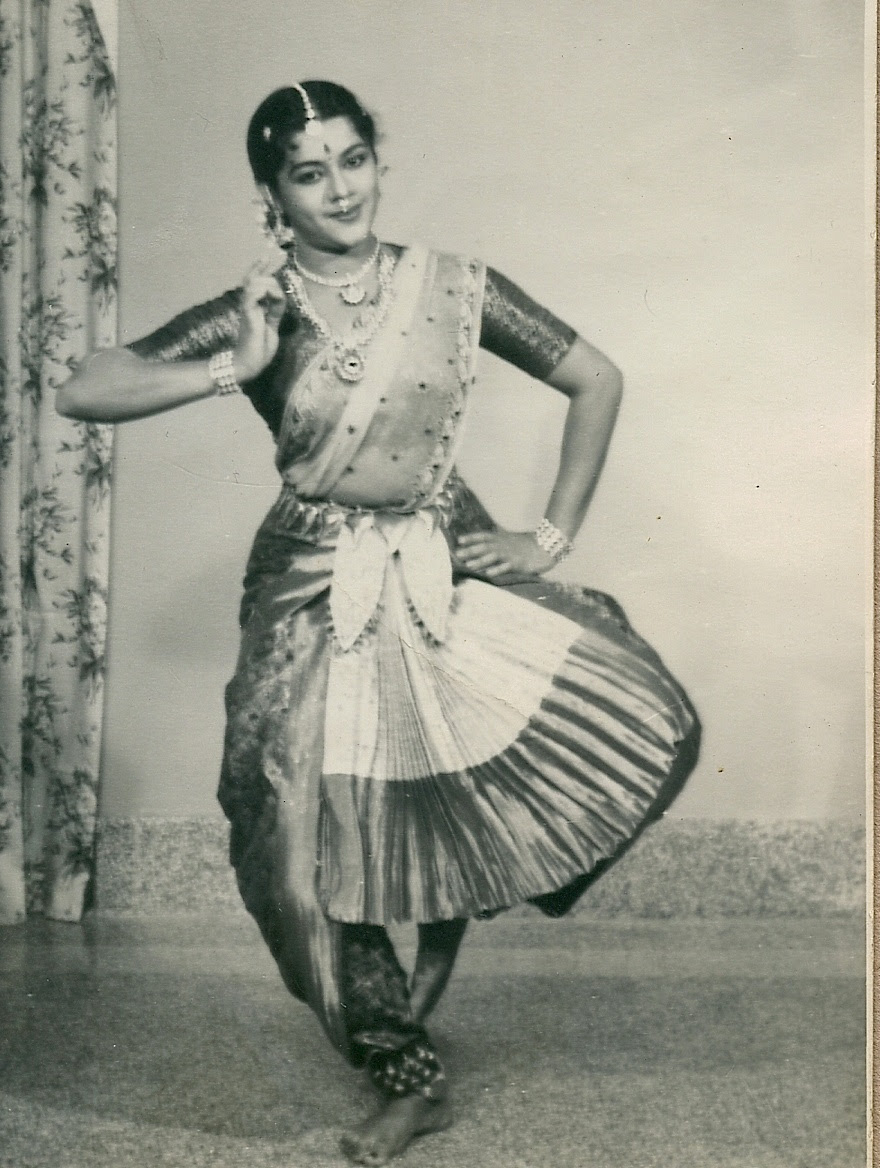 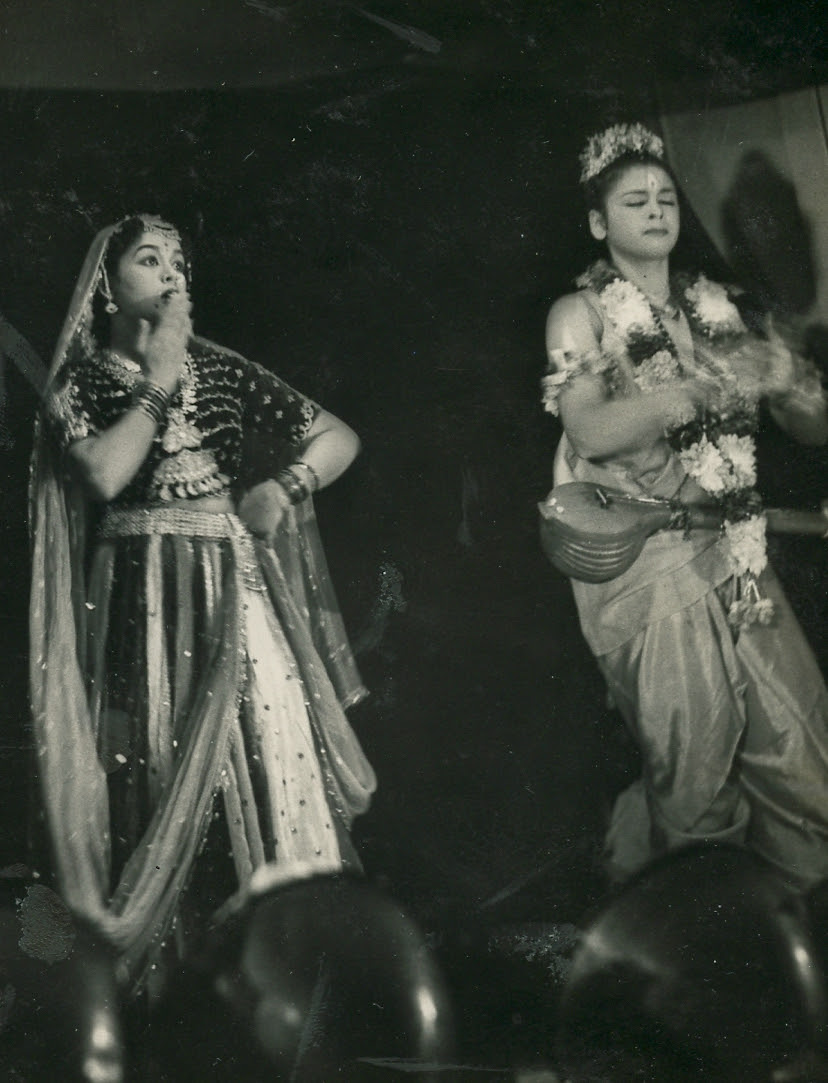 Lalitha (left) and Ragini (right) in their expressive enactment of a dance drama, also in 1954: 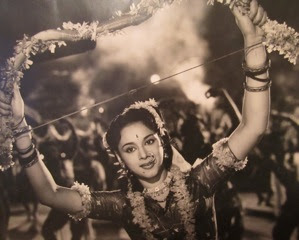 Like the older two, Lalitha and Padmini, the youngest Travancore sister, Ragini, was a stunning dancer with a sparkling screen presence. The tallest of the three, she would often play a male role in dance dramas. She’s made up with a little moustache in this clip from Ummini Thanka, a 1961 Malayalam film. She could also wield a cricket bat!
These photos show her luminous beauty. 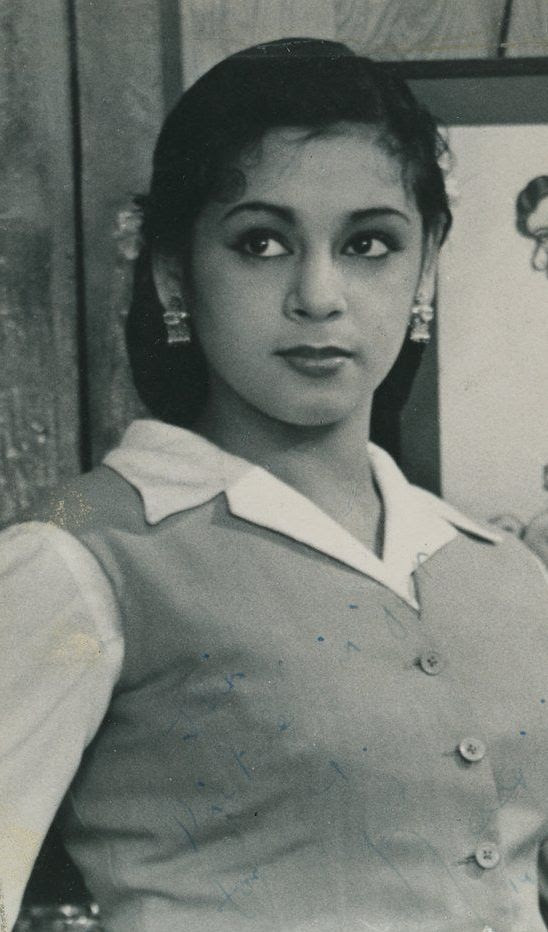 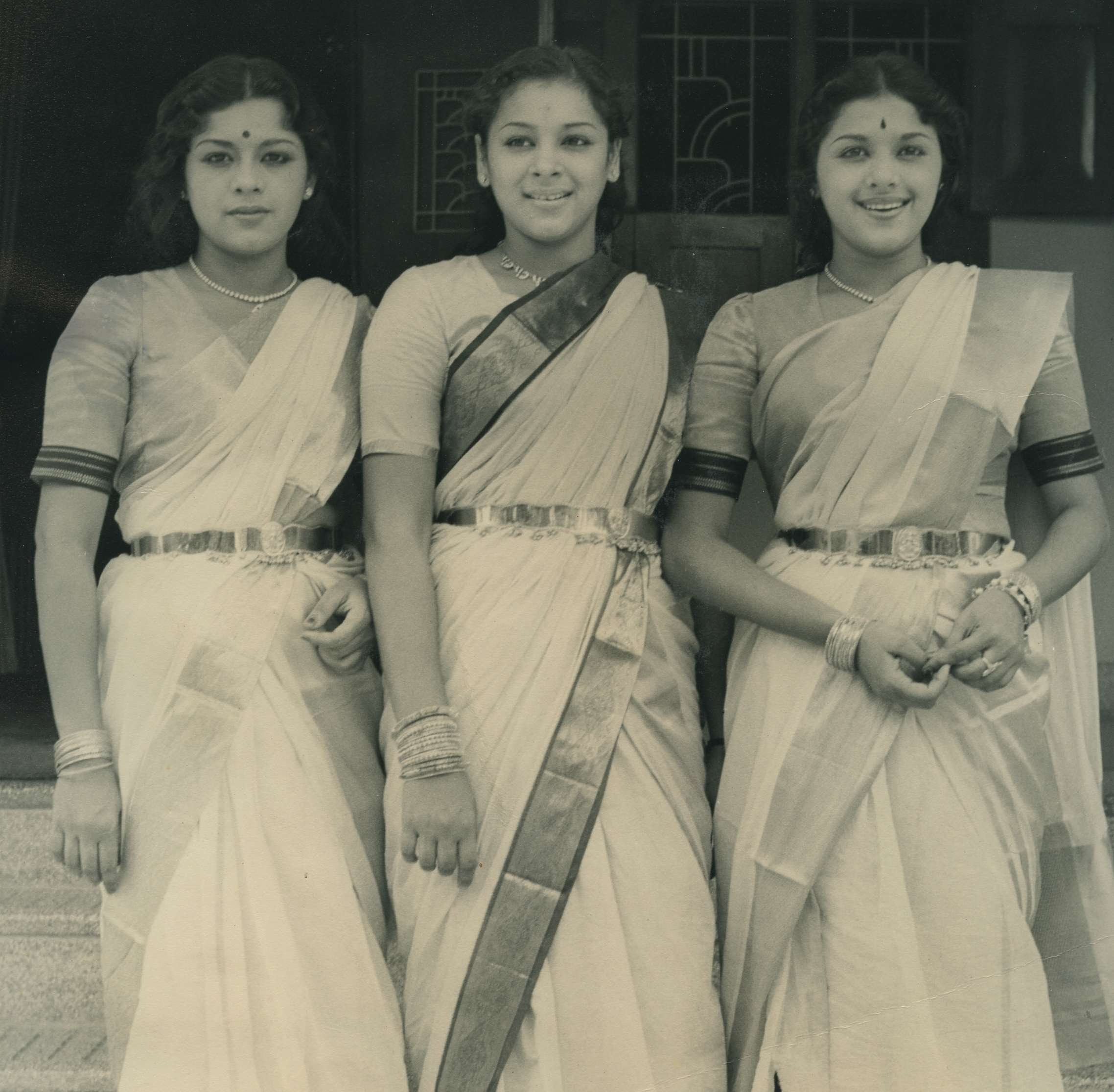 The matriarchial head of the family was Karthiyayini Amma whose husband was PK Pillai (Palakunnathu Krishna Pillai of Cherthala) alias 'Penang Padmanabha Pillai'. PK Pillai had six sons of whom Satyapalan Nair (Baby) was a leading producer of many early Malayalam films. Another son, Raveendran Nair's daughter Latika Suresh, is a leading producer of Malayalam TV programs.[Padmini in a frock, sitting on the left, with her extended family at Malaya Cottage] 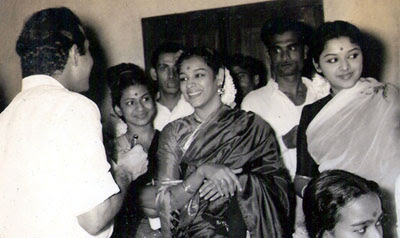