The palm leaf(ola) fiscal documents -Preparation and use of the palm leaves--The writing process-Nadi Astrology -past, present and future life all written on an old palm leaf--Ancient Balinese Palm Scripts

Preparation and use of the palm leaves(ola)
The leaves have first to be dried in the sun, then boiled with herbs for an hour, dried again and kept in a special press for several weeks until they are flat; in some places they may also be smoked for a couple of days and polished. They are then cut to the required size, from 10 to 20 inches long and one to two inches wide, and one or two round holes are cut into them with a special scribing tool. Palm Leaf Manuscripts--India’s rich literary heritage was passed from generation to generation through the oral tradition, by Brahmin priests who faithfully memorized ancient texts, and inscribed on palm-leaf manuscripts. Growing and crystallizing in oral and then written form, these epics reached their final written form in the fourth or fifth century CE…a period that revived classical texts and inspired a flowering of Sanskrit literature.
Palm Leaf Buddhist Text
Palm leafs were used as a support for writing in ancient India from. As the first century A.D. Ever since they have been used for Buddhist texts in South and Southeast Asia. Buddhist palm leaf manuscripts were used by the Tai people in Yunnan in early twentieth century when researchers from Academia Sinica collected them for the Institute. Many of these manuscripts are in Pail, the classical language of Buddhist texts in areas where Theravada Buddhism predominates. 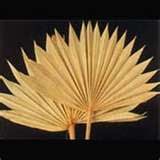 Writng in those earlier days was done on died and processed palm leaves. They used to write metally shaped nails which could be held in hands.After writing, those laeaves normally soaked in turmeric paste and dried again. This is being done to prevent the insect attacks on the most.

The palm leaf fiscal documents
These were produced in the same way as books and letters but are single unfolded leaves about 20 inches long without holes, written on both sides. They record land grants in the State of Cochin from about 1837, the date of the earliest known examples, until 1896 when they were superseded by paper documents. The greater part of both sides of the document is taken up by the description of the land but there are also the signatures of the grantor of the land and of witnesses and, embossed in romanized script, the signature of the Dewan, the state administrator or first minister. His signature indicates that the conveyancing has been duly executed and registered.

The writing process
The word "writing" in connection with the South India palm-leaf documents is a misnomer, conveying the wrong idea of the use of pen and ink. These were indeed used in birch bark books and on palm leaves in North India, but the rounded scripts of the south, such as Malayalam, Telugu and Tamil, were scratched into the surface of the leaf with a special steel-tipped stylus. Although there was an almost infinite variety in the detail of the styli, reflecting the status, wealth and taste of the owner, there were in India only two basic designs. The original design was a piece of metal about six inches long, bulbous in the middle where it rested against the hand and tapered to each end, resulting in a perfectly balanced writing instrument. The cheapest were handmade from iron while silver or brass were used for the more elaborate and expensive examples. 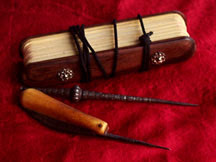 Folded Letter.
Although the stylus may sound like a cumbersome instrument, an experienced writer could write as fast with this tool as a European with a fountain-pen. The stylus was held in the right hand and the palm leaf in the left. As the writing material was not supported by a desk or table the writer did not need to sit but was equally capable of writing while standing or even walking. 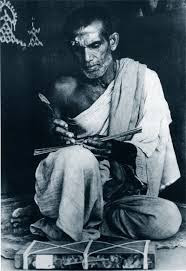 Scribe using metal pen to write on dried palm leaves.
When the written document was a letter the completed leaf was neatly folded up with the ends turned inwards or wound into a coil, and fastened outside with a strap of the same material. The inscribed text was usually read as it was written, but the legibility could be improved by taking a swab of lemon grass oil and wiping it over the page. 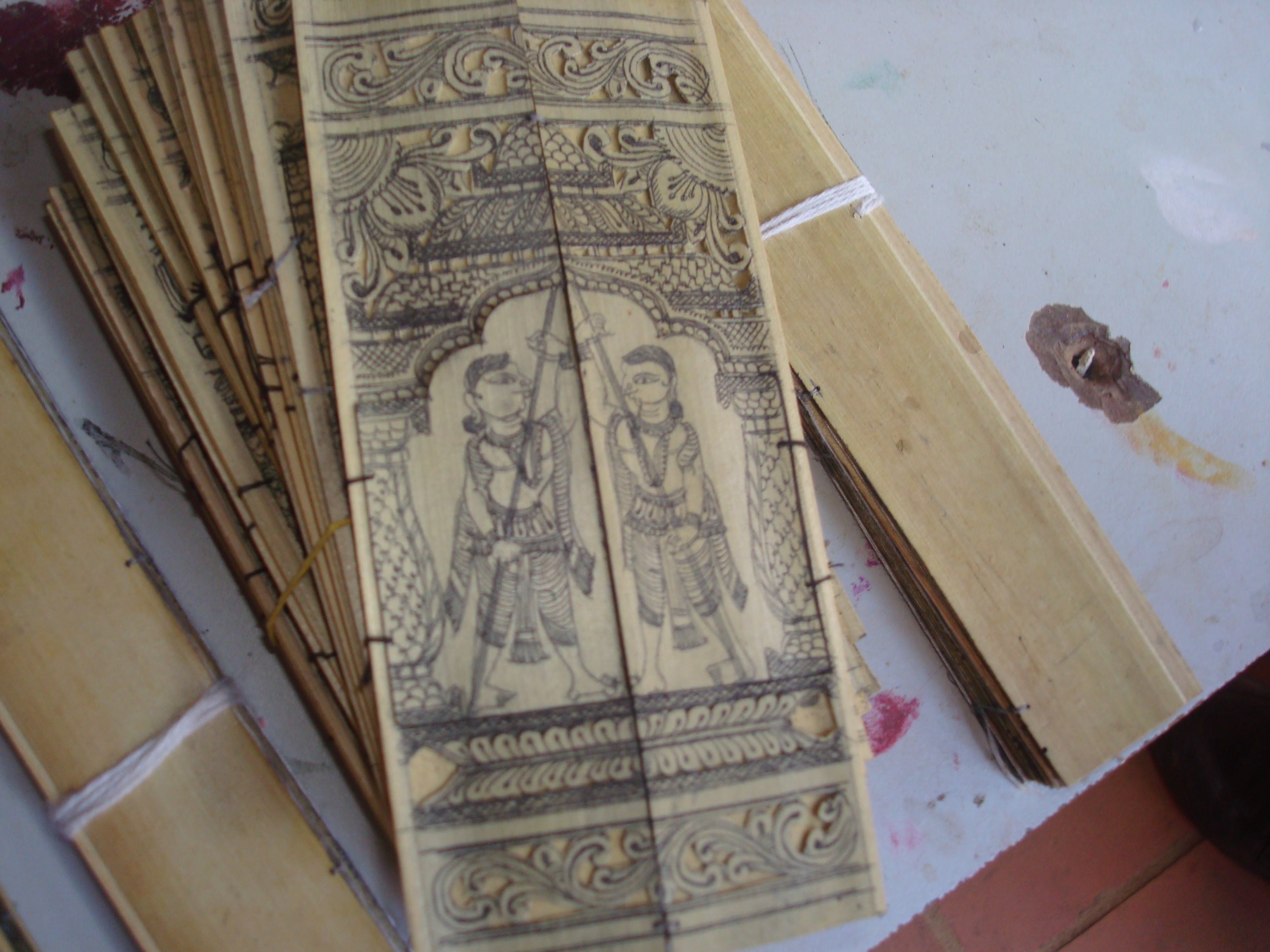 experts can draw on a palm leaf called Patta chitra

My Visit to a Nadi Astrologer

by SHARELL on APRIL 20, 2011
in CULTURE SHOCK IN INDIA,DAILY LIFE IN INDIA 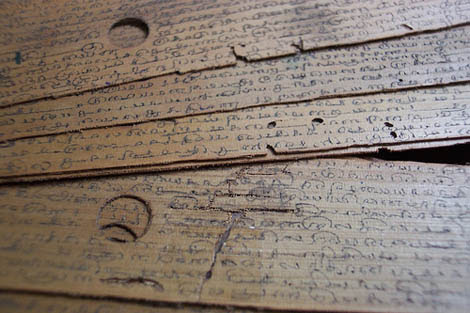 by ablteam on Saturday, 18 November 2006Print | Email | 2 Comments | 3,735 views
Man has always had the foresight to realize the importance of recording details for future preservation. History indicates that long before paper was invented, man attempted to leave his mark by etching on cave walls and pieces of stone. Another form of documentation that is thought to have been initiated within the Nusantara archipelago, which is now known as Indonesia, was the tradition of writing on pieces of palm leaf known as lontar.

In the era of the great kingdoms in regions such as Java and Bali, lontar manuscripts were extremely popular. Allegedly, during this time learning from the lontar was only permitted for certain groups of scholars and forbidden amongst the common people. The lontar manuscripts contained ancient wisdoms and made reference to the plight of living during those times. They also enclosed secret texts about the teachings of black magic that only a select few were privileged to read in the fear of misappropriation. Such lontar works are now quite rare and in a situation to valuable artworks, many have been traded by collectors and museums worldwide. 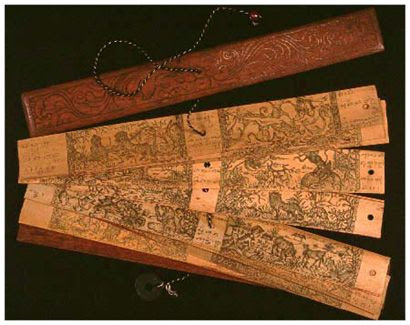 In Bali, the tradition of writing and also reading lontar has been maintained through until present times. Several art shops at the Kumbasari and Sukawati markets deal exclusively in lontar art and its function has changed from a means of recording information to pieces that are purely decorative. 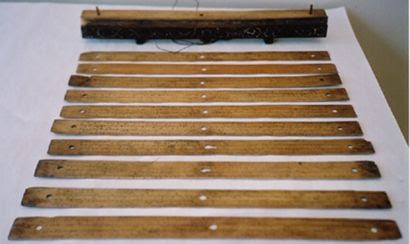 The leaves that are taken from the tree of the lontar palm are commonly found in Karangasem in the east part of Bali. Here the village of Sidemen is renowned for those versed in the art of lontar writing. Lontarartisans normally work from home and they spend hours painstakingly etching the ancient scripts along with accompanying illustrations. Many artisans recreate fables and folk stories, as well as work on traditional Balinese calendars.

Pieces of palm leaf are shaped into rectangles and both sides are utilized where the text takes up one side and the supporting illustration is featured on the reverse. A lontar writer works with a specially sharpened tool that scratches the surface of the leaf. Upon completion the etched work is coated with a naturally coloured paste made from ground kemiri nuts. Some pieces of lontar are finished by stringing lengths of thread through small holes pierced into the edge of the leaf so that it opens up like the pages of a book.

There is a collection of old lontar that has been preserved as relics of Balinese history in the Gedong Kirtya Museum in Singaraja. These ancient manuscripts contain valuable life lessons and are kept in a temperature-controlled room to safeguard them for future generations. The philosophical and moral values contained within these lontar have been transcribed in books and now on a computer data base to ensure that the wisdoms of Bali’s ancestors will never be forgotten.

Palm-leaf manuscripts to be digitised
By Our Staff Reporter 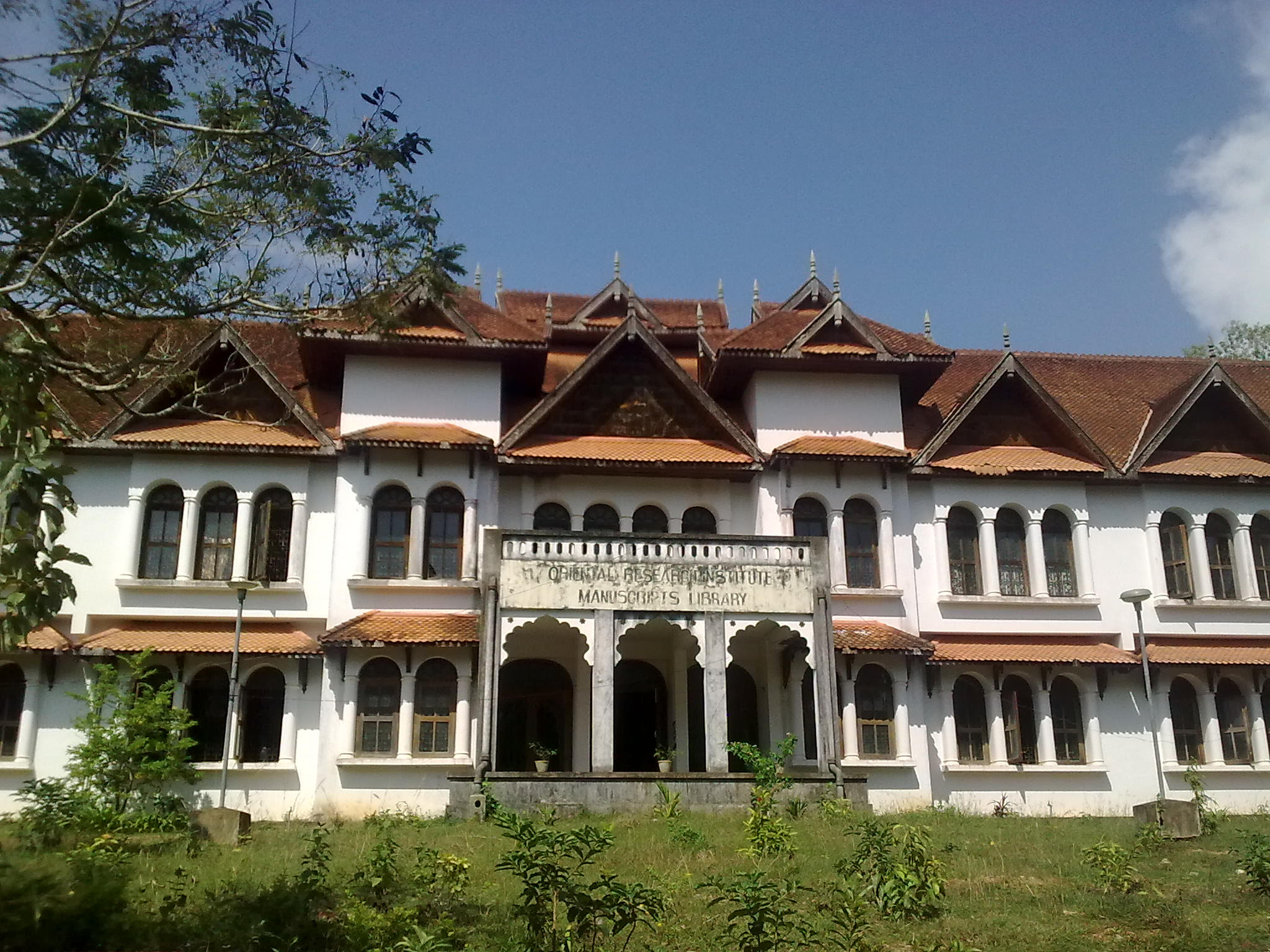 The Department of Oriental Research Institute and Manuscripts Library started in the campus in 1982 is the first largest manuscript library in the country. The library has 65000 works spread in around 40,000 codices, most of them being palm leaf manuscripts.The collections are found to be unique for their vastness in number, variety in subject, script, language and writing materials. The library is engaged in unraveling the treasures of the past and is a major centre of research.

Two large collections of palm-leaf and paper manuscripts that transmit principally Sanskrit, Tamil and Manipravalam texts are preserved in the French institutions of research in the South Indian Town of Pondicherry. The major collection is that of the French Institute of Pondicherry (IFP), which comprises 8187 palm-leaf bundles, 360 paper codices and 1144 recent paper transcripts (i.e. post-1950 paper manuscripts commissioned or copied by employees of the IFP), which are now on-line.
At the instigation of the IFP’s founder director, the manuscripts began to be collected from every area of the Tamil-speaking South of India (see history of the Collection) and the collection contains texts of every branch of precolonial Indian learning. But nearly half of the material relates to one of the major theistic traditions of India, that concerned with the worship of the God Siva (see rough breakdown of contents)