story of the very rich - He was renowned for his enormous wealth (“Dives” means “richest”), so much so that a ditty was sung in his honor, “Crassus, Crassus, rich as Croesus” (after the legendary king of Lydia, famed for his wealth).Crassus put his immense wealth on display in a lavish celebration with 10,000 tables and so much grain that every family in Rome was fed for three months.IN 53 B.C. CRASSUS INVADED PERSIA &GOT DEFEATED BY PERSIANS ; the Persians, mocking Crassus’ great wealth, killed him by pouring liquid gold down his throat. His head was then sent back to the Parthian king, Orodes II.

Money ! Money !! Money!!! : Who Were the Crassi ?
Marcus Licinius Crassus Dives was an influential Roman politician from the Late Republic. He was renowned for his enormous wealth (“Dives” means “richest”), so much so that a ditty was sung in his honor, “Crassus, Crassus, rich as Croesus” (after the legendary king of Lydia, famed for his wealth). Like many wealthy men, Crassus was also thought to be famously rapacious, but in his case there seems to have been a great deal of truth in the popular view. Crassus was most famous for his part in three great events: His defeat of Spartacus in the Third Servile War, his part in the secret pact known as the First Triumvirate with Gnaeus Pompeius Magnus and Gaius Julius Caesar, and his ignominious death at the Battle of Carrhae. It was the latter that would most mark his reputation in Rome, for the defeat resulted in the devastating loss of three Aquila, the Eagle standard, considered the heart of the legion. The Eagles were not returned for a generation, when the Divine Augustus finally managed to convince the Parthians to release the sacred symbols.


SILVER MINES,SLAVES,&REAL ESTATE DEAL POLITICS MADE HIM RICHEST IN ROMAN EMPIRE:-
LLittle is known of Crassus’ early life, but it is known that his rise to political prominence was primarily due to his enormous wealth. Crassus’ wealth was acquired through a combination of his silver mines, trafficking in slaves, and the purchasing of land and houses. The latter was the foundation for his reputation for greed, as his real estate acquisitions occurred under unsavory clouds.


Under Sulla’s reign of terror, Crassus benefited by purchasing the property of proscribed citizens at cutthroat prices. Even worse, in the eyes of his fellow citizens, was his habit of buying burning homes. Rome had no fire department at the time, and Crassus maintained a personal firefighting force that would rush to the site of a burning building along with Crassus himself. Once there, Crassus would bargain for the fiery structure, as well as for the buildings surrounding it. Once he had made as many deals as he deemed profitable, his army went to work extinguishing the flames.


DEFEAT OF THE REVOLTING SLAVES AND CRUELTY OF CRUCIFYING 6000  DEFEATED SLAVES :- 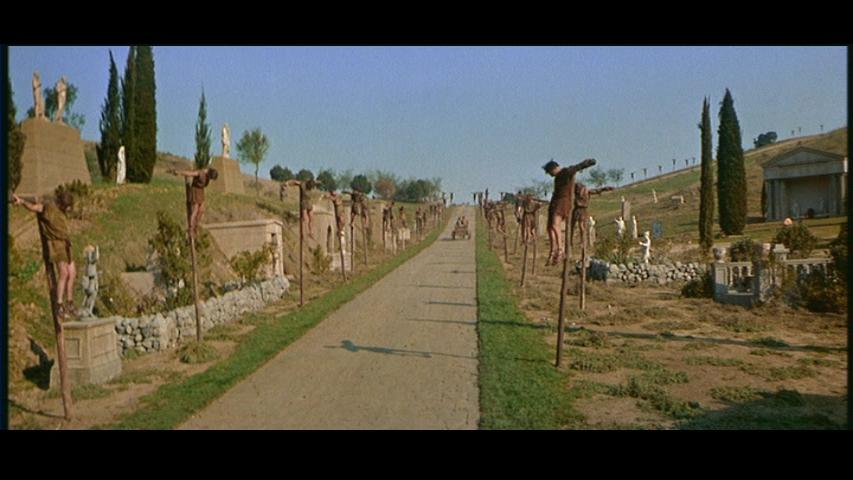 This scene of mass crucifixion is from the movie Spartacus. It depicts something that actually happened.


Under his brutal but effective leadership, Spartacus was driven into the tip of Italy, where Crassus caught him and defeated the rebel forces decisively. Crassus crucified six thousand survivors along the road between Rome and Capua as a warning to any other slaves that might be considering resistance. 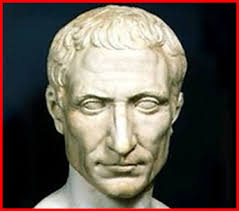 :-
Crassus and Pompey were elected co-consuls the next year, and in 70 BCE .
In 60 BCE Crassus was approached with an intriguing offer by Julius Caesar: establish a mutually beneficial alliance between Casear, Crassus, and Pompey. Each had a great deal to gain from such an alliance, and each brought enormous power to the table. Caesar was deeply in debt.
Crassus, of course, had the merchant equestrian class under this thumb—and he was immensely wealthy. The bargain was sealed and the First Triumvirate was born.
Caesar was elected Consul with the support of Crassus’ wealth in 59 BCE. He promptly proposed a series of laws that benefited the equestrian class and mercantile interests, satisfying Crassus.
By 55 BCE, Crassus was again Consul with Pompey,

CRASSUS DEFEATED BY PERSIANS IN 53 B.C. AND KILLED BY POURING MOLTEN GOLD DOWN HIS THROAT[ the Persians, mocking Crassus’ great wealth, killed him by pouring liquid gold down his throat.

Crassus at a liquid gold drinking party.!
His head was then sent back to the Parthian king, Orodes II.