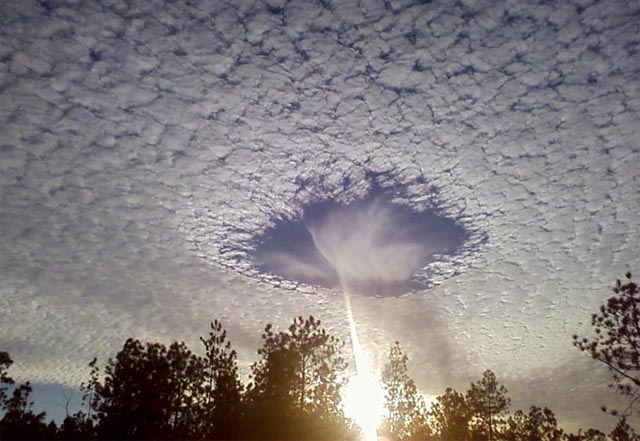 Punch Hole Clouds may appear as a circular or oval holes in a layer of supercooled clouds; sometimes they assume a form of a perfect circle and persist for quite a long time, drifting together with the cloud layer. One explanation seems to blame the air traffic (the jet contrail intersections) combined with a thermal inversion (a circular motion of a rising warm air). Here is one, observed over the Gunnison Valley in Colorado: 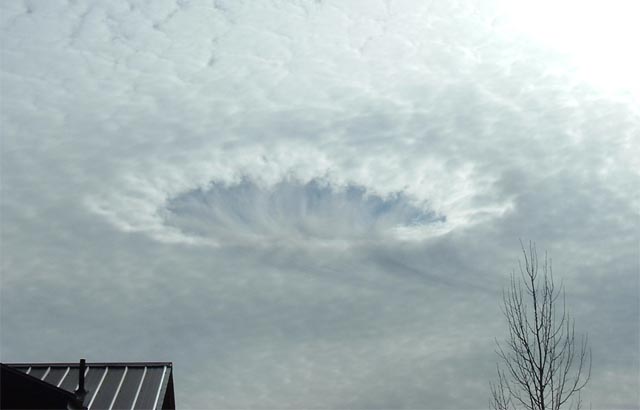 Another strange hole in the cloud, reported from Mobile, Alabama USA, Dec. 2003 (and covered by BBC News):

Photo taken in Melbourne, Australia in 2003:

It seems both rising and sinking air currents can create the same effect. Sometimes a very stable, uniform layer of high-altitude clouds can get "punched though" by a pocket of cold air, which sinks toward the ground - creating the circular hole formation. 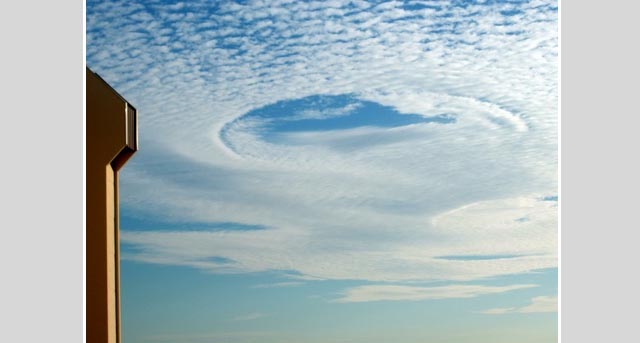 These "cloud holes" can look like the footprints of some celestial being (UFO enthusiasts rejoice!) or can be amazingly round, like this pair observed in Gallatin, Tennessee by Wayne Carter:

NASA Terra satellite equipped with the Moderate Resolution Imaging Spectroradiometer (MODIS) has captured these images over Acadiana area in southern Louisiana - a splattering of round holes actually stretched over several states: Oklahoma, Arkansas, Louisiana, and Texas. Some were elongated, some appeared to have smaller clouds inside them.

Theodore von Karman's "Cloud Vortices" are something else, again: they form when the wind encounters a barrier - such as the Aleutian islands, in this case - and the flowing eddies of cloud create a weird pattern. The image you see below was photographed from the International Space Station, and the animation shows the double row of vortices, which rotate opposite from each other. 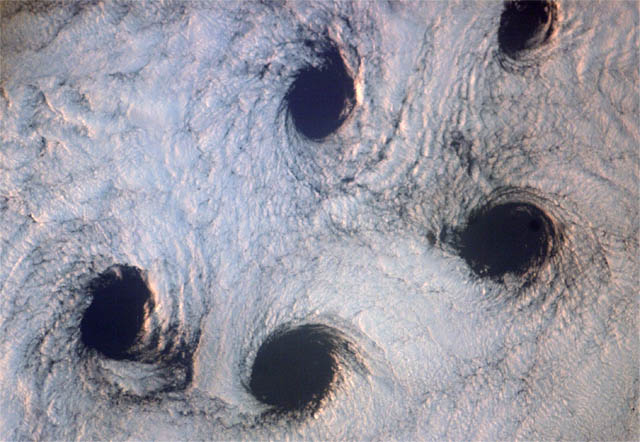 ...that make our sky worthy to look at from time to time (those who only look at the computer monitor, take note). Here is an extremely strong thunderstorm cloud that brewed over northwest Calgary: 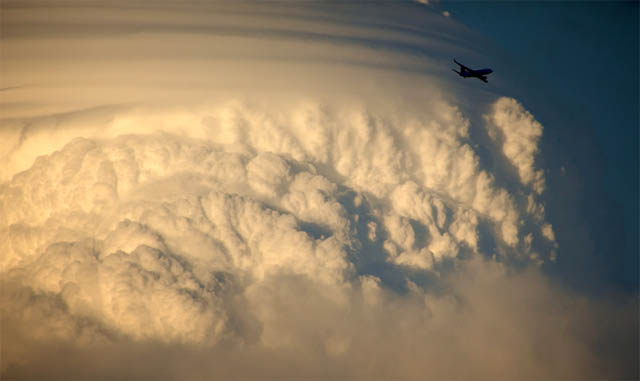 Another supercell cloud in Alberta skies, this time over Edmonton: 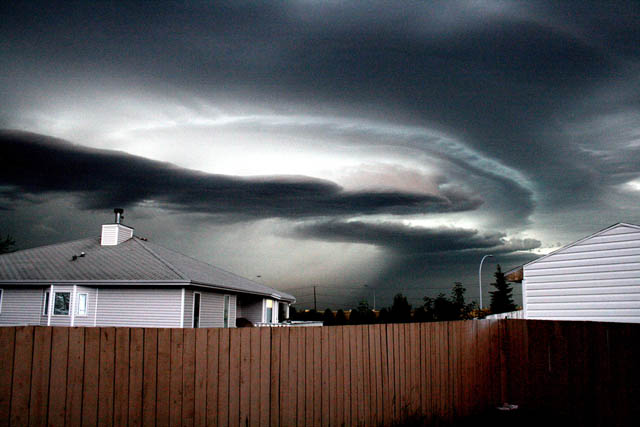 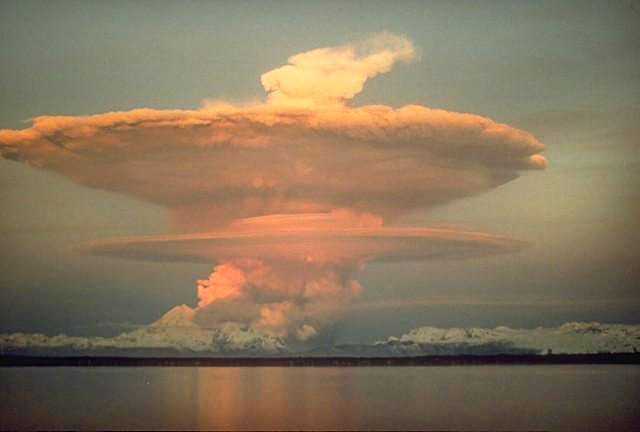 Another cloud "wave", similar to the one over South Dakota Badlands (see here): 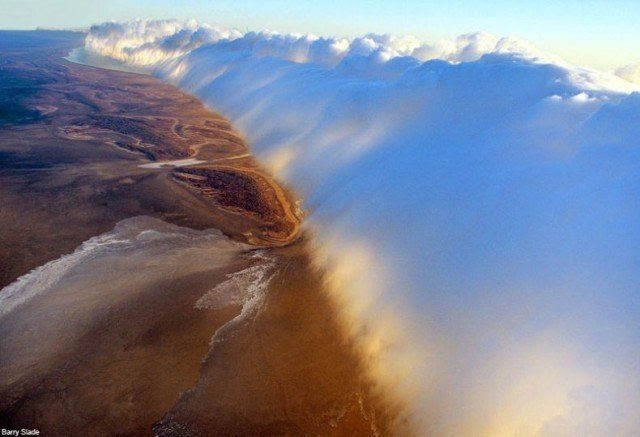 Roll clouds... get into a small plane and start "surfing" them! - 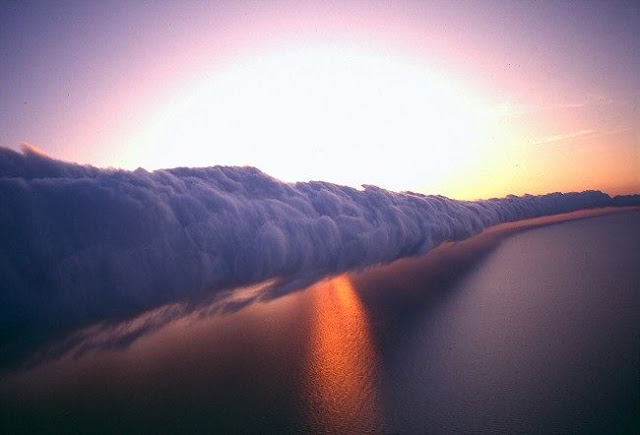 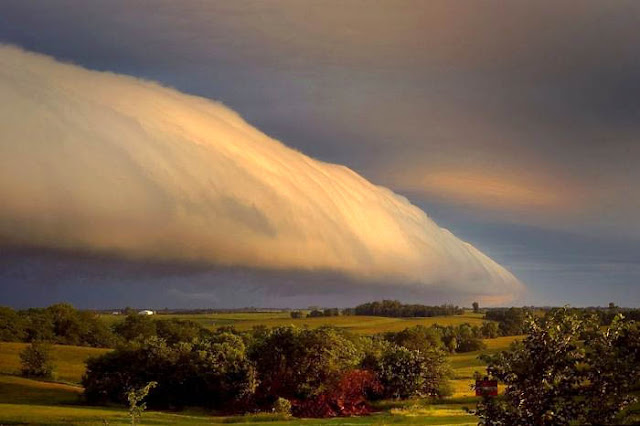 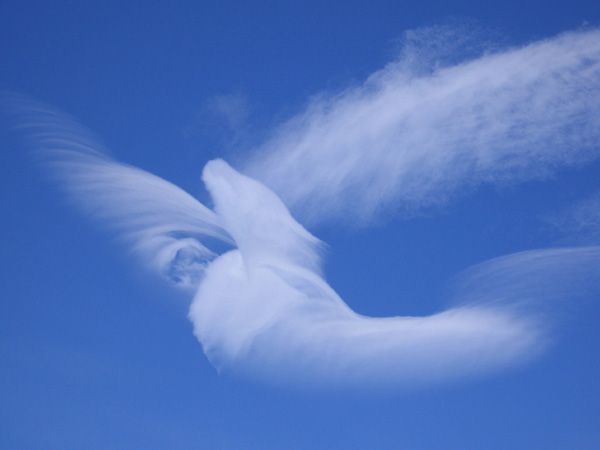 (sent in by Dave)

Two light-sabers get crossed in the sky: 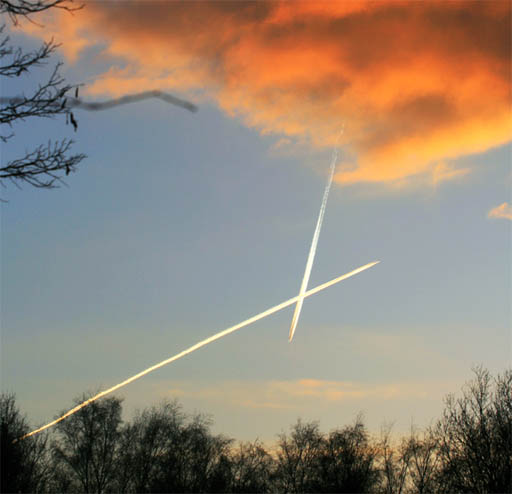 A fire-breathing rabbit-dragon, and a fantastic cloud edge:

A "genie", coming out of a bottle: 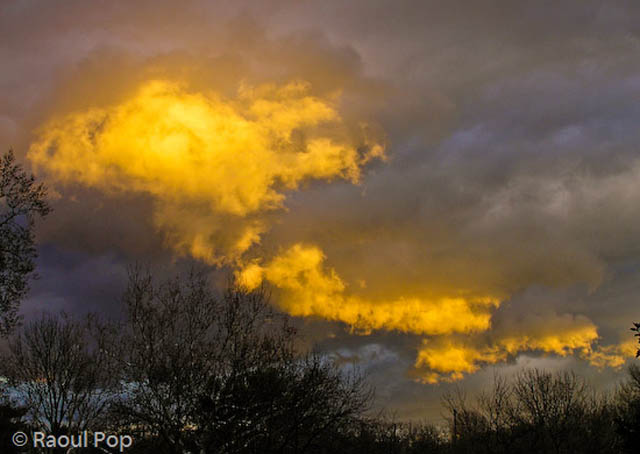 Spectacular lenticulars in the morning light... and a whole "pancake" stack of them, over at Mount Rainier in Washington: 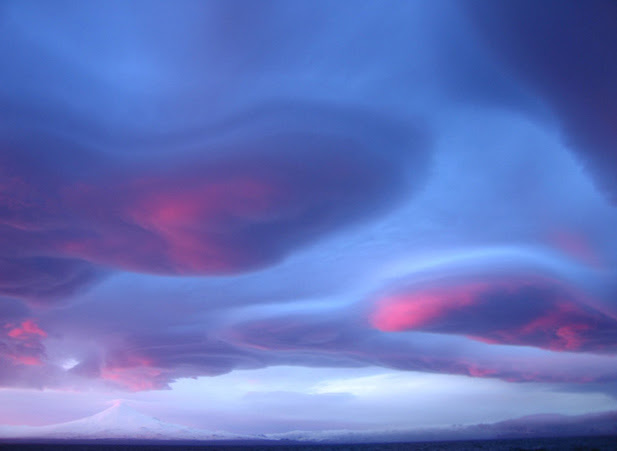 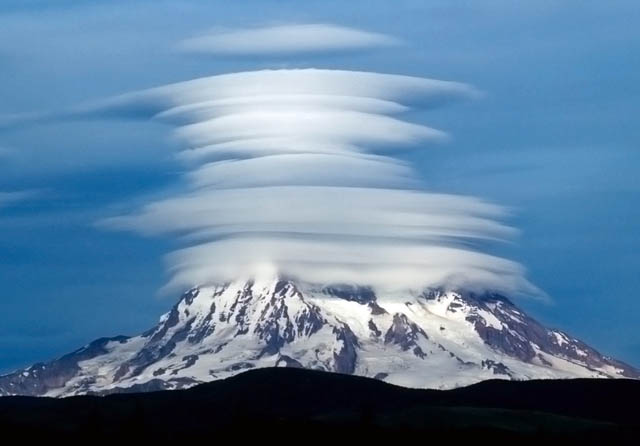 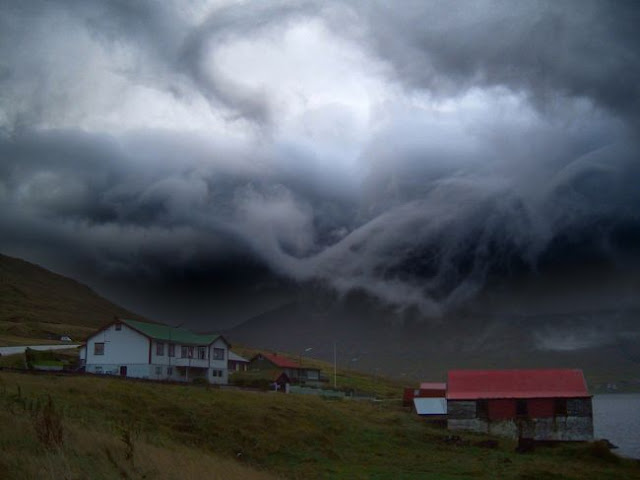 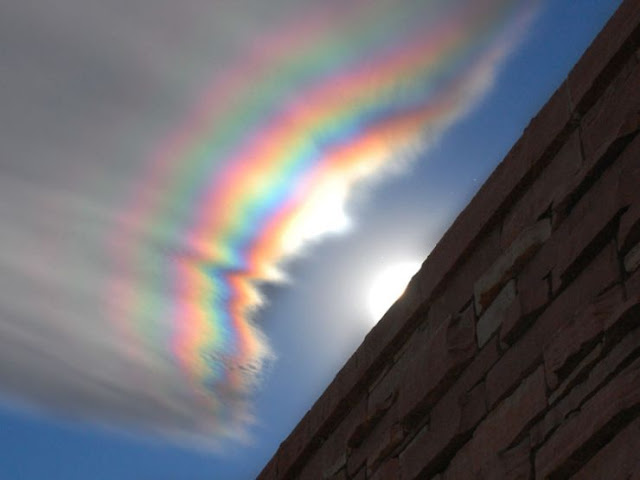 Nacreous clouds - good page about them, with lots of info: 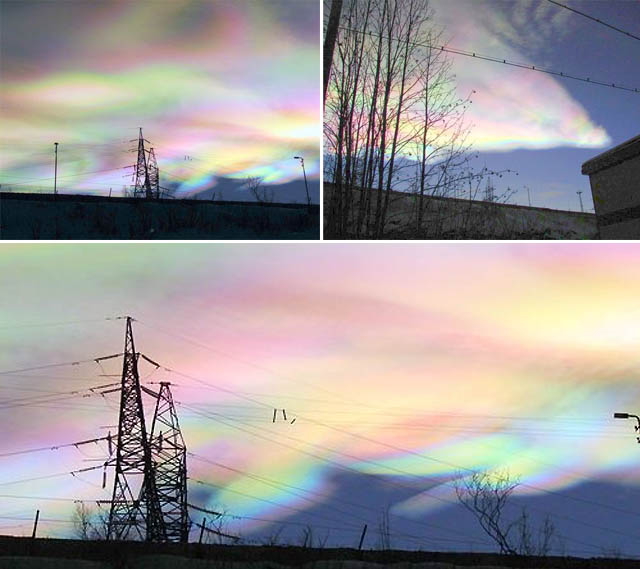 Prepare to get squashed, Earthlings! - 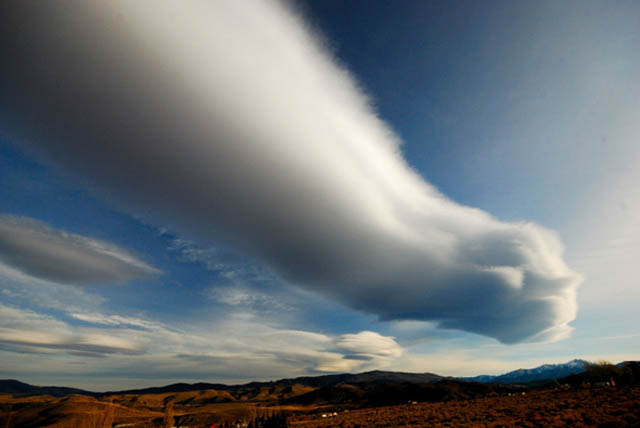