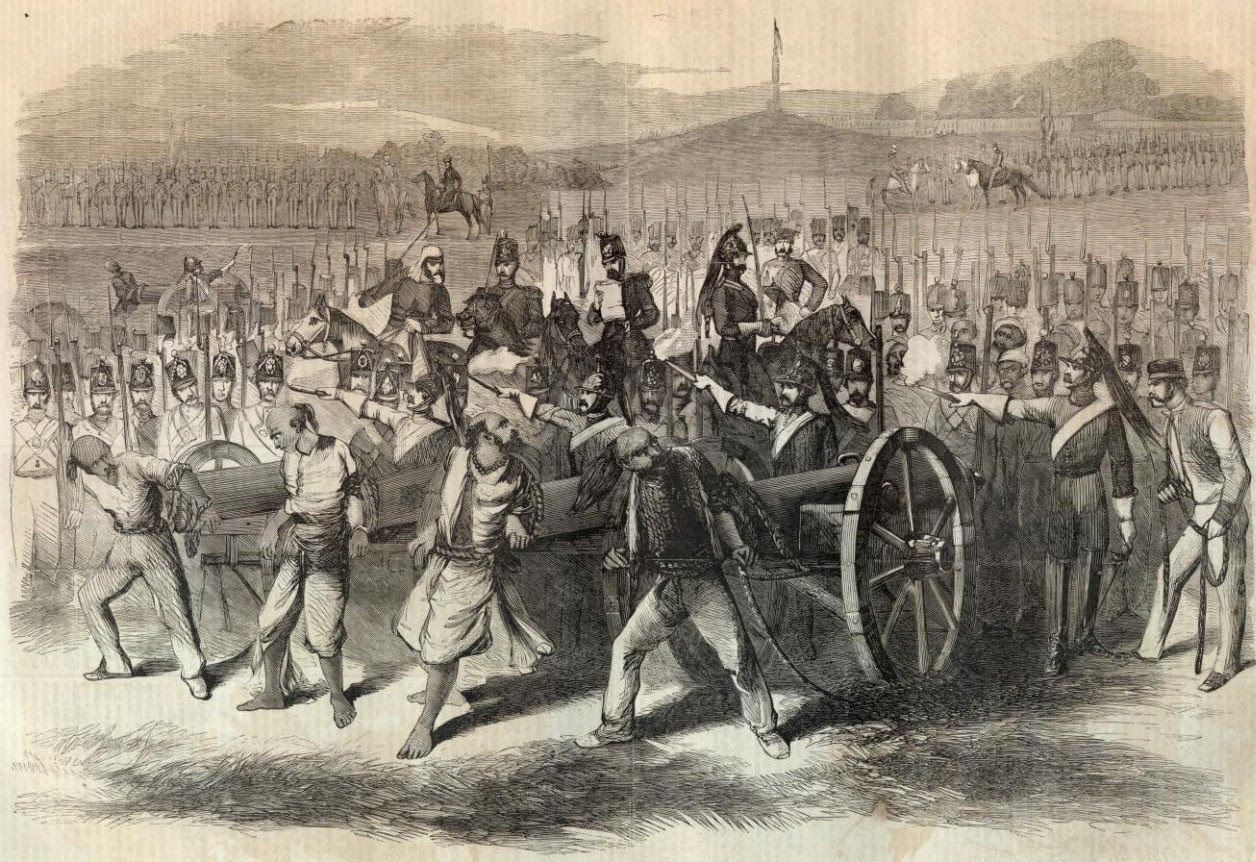 “On the morning of the 25th Colonel Hall and the officers in command of battalions met at the Residency and it was there arranged that a general parade of the troops should be ordered for that afternoon and that the principal conspirators should then be seized while the Resident Lieutenant Colonel John Munro took steps for the apprehension of such inhabitants of the town and vicinity as were believed to be implicated.
These measures were successfully carried out. Jemadar Shaik Hoossain of the 14th together with 2 havildars and 22 men of that battalion were called out of the ranks and placed in confinement the troops behaving with perfect steadiness.
Womanah Tumby ex-Dewan of Travancore, an individual claiming to be the nephew and representative of the late Pychy Rajah and several religious mendicants were seized at the same time by the Resident’s people as being the chief instigators.”

“The result of the enquiries made by the Resident which occupied some time led him to the conclusion that Womanah Tumby, the pseudo-Pychy Rajah, and Jemadar Shaik Hoossain of the 14th, had been the originators of the conspiracy.
The design was to confer the sovereignty of Travancore upon the Pychy Rajah. The Jemadar was promised the office of Dewan, but this in all probability, was really intended for Womanah Tumby. The pay of all sepoys as might join in the plot was to be raised to Rs 10 per mensem.
The chief body of conspirators consisted of discharged sepoys fakeers and disaffected natives of the province. The European officers were to have been attacked while at dinner, and the barracks set on fire at the same time in order to distract attention, after which the public treasury was to have been given up to plunder.”

Did one of the nephews of the late king actually go to Travancore to start a revolt? Or could it have been one of the distant relatives of the Pazhassi Kovilakam (the kings of Mavellikkara had close relationships to the royal houses of north Malabar)? Or did the British accounts get it completely wrong, with the memories of the “Pyche Rajah” still so strong that a local revolt was ascribed to him?
Notably, an Indian account of the same incident (P. Shungoonny Menon’s A History of Travancore from the Earliest Times) makes no mention of any Pazhassi prince [3]:


“During the interval, the ex-Dewan Ummany Thamby incurred lasting disgrace by plotting certain measures against the life of the Colonel. The treachery having been discovered, Ummany Thamby was banished the country and was taken to Chingleput and detained there as a State prisoner.”

What happened to the rebels next was not surprising [1].


“Jemadar Shaik Hoossain and Private Salabut Khan of the 14th were tried in a summary manner by a board of officers, of which Major Fraser 2nd battalion 9th was President. Both were convicted, and sentenced to be blown from a gun, which sentence was carried into execution on the evening of the 28th May at a general parade of the whole force.
Two havildars, one naigue, and twenty six privates of 14th, of whom 19 were Mahomedans, and 10 Hindoos, tried by ordinary court martial, and sentenced to death. Of these two privates were pardoned, the rest were either shot or hanged, the sentences being carried into execution at Quilon, Cannanore, Seringapatam, Trichinopoly, Vellore and St Thomas Mount respectively.”

“Womanah Tumby and the Pychy Rajah were tried by the Court of the Travancore Government. The former was sentenced to death but this sentence was commuted to banishment and he was removed to Nellore. The Pychy Rajah was banished to Chingleput, but he was released from confinement in 1815.”

And as for the loyalists,


“On the 16th February, 1813, Jemadar lyaloo of the 14th was promoted to be Subadar and presented with a palankeen and an allowance for bearers. He also received a gold medal and a donation of 1,000 rupees. On his decease, his nearest heir was to be allowed a pension of 35 rupees per mensem.
Vencatram, the sepoy who had informed the Jemadar of the plot was pensioned on the pay of a Jemadar a received a donation of 600 rupees.
Private Hoossain Khan who had given information to Captain Ives of the same battalion on the 24th May but in rather an incoherent manner was pensioned on the pay of a Havildar”