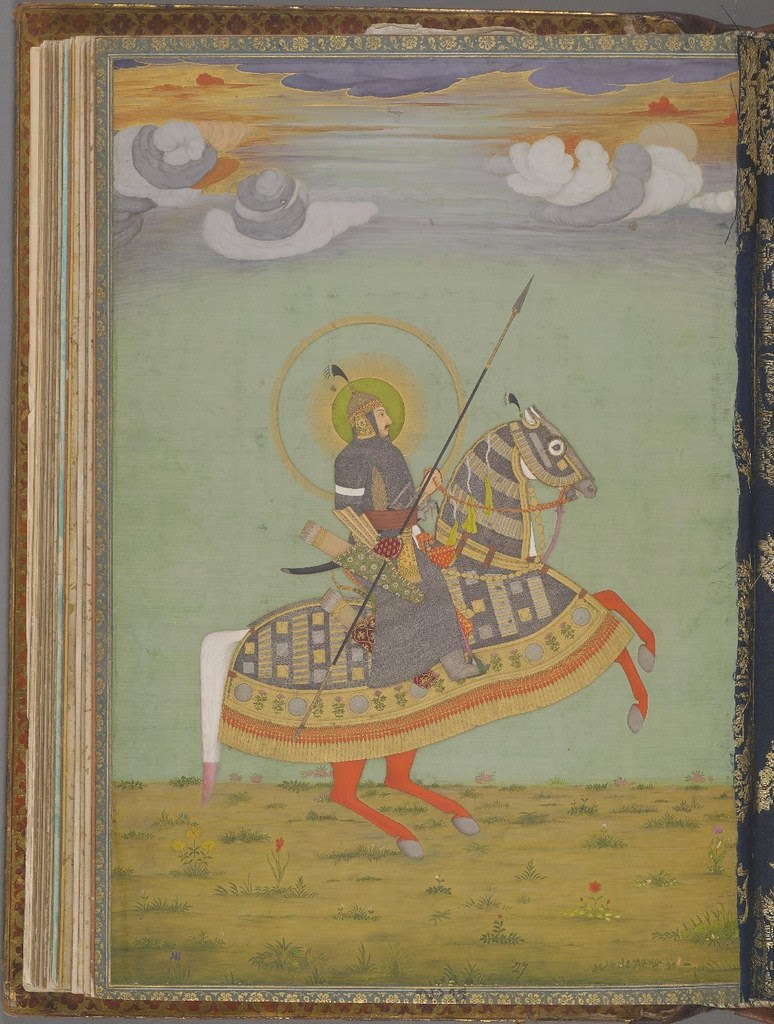 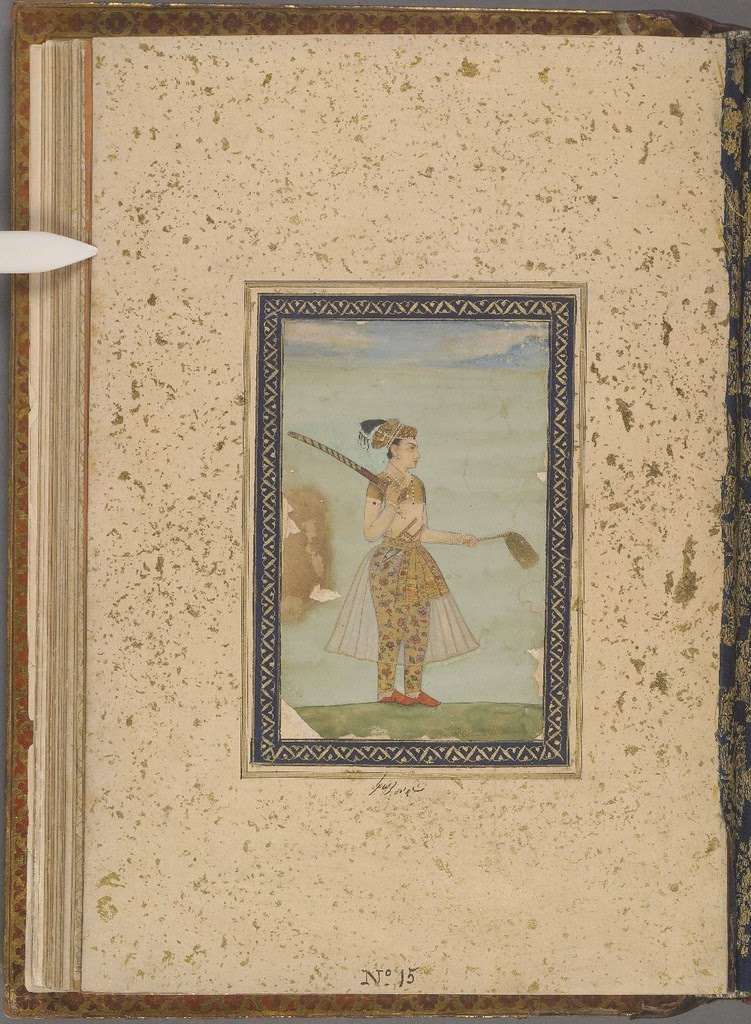 Full-length portrait of a prince holding a fly-whisk
in one hand and a sword over his shoulder. 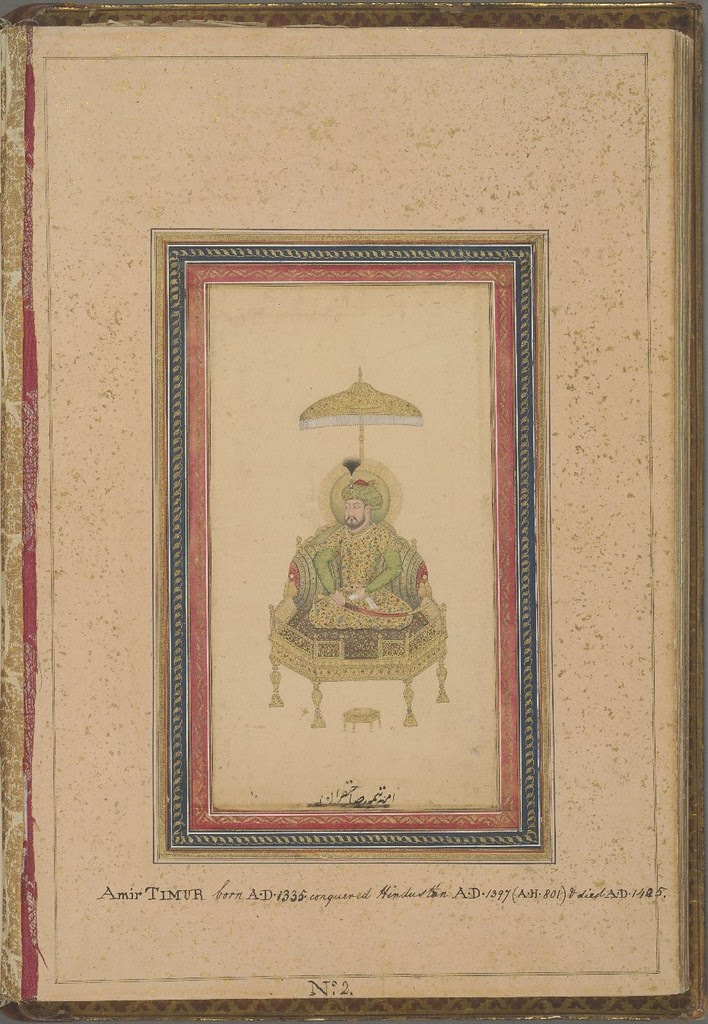 Amir Timur: Portrait of a prince seated on a
golden throne, with a sword on his lap, wearing a
short-sleeved gold dress embroidered with flowers. 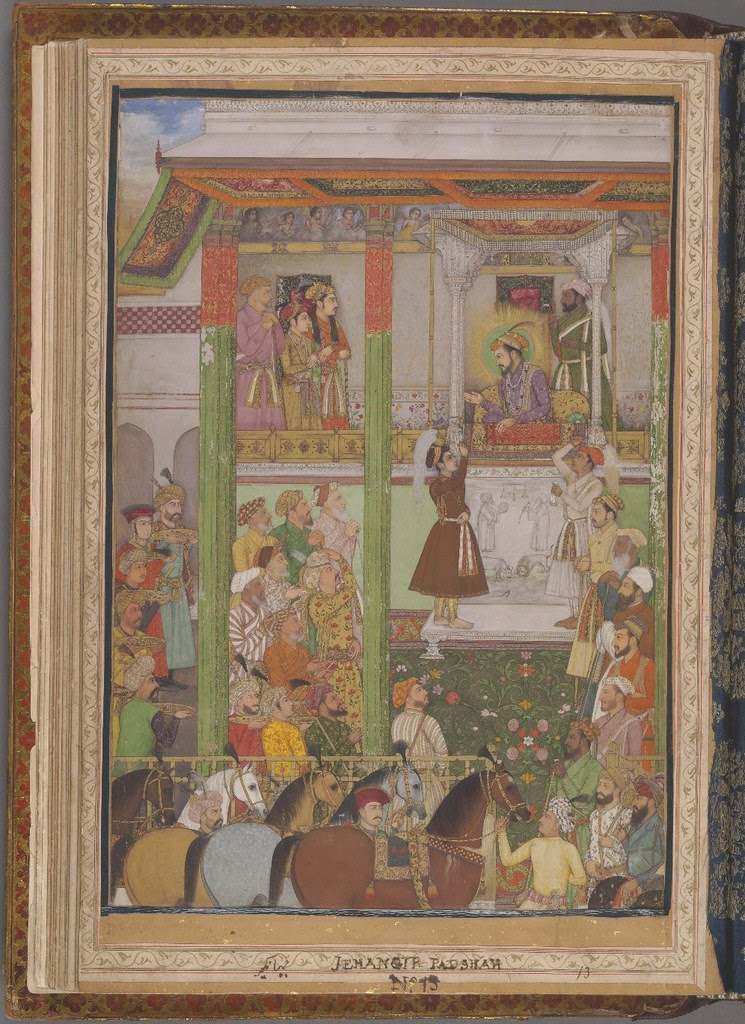 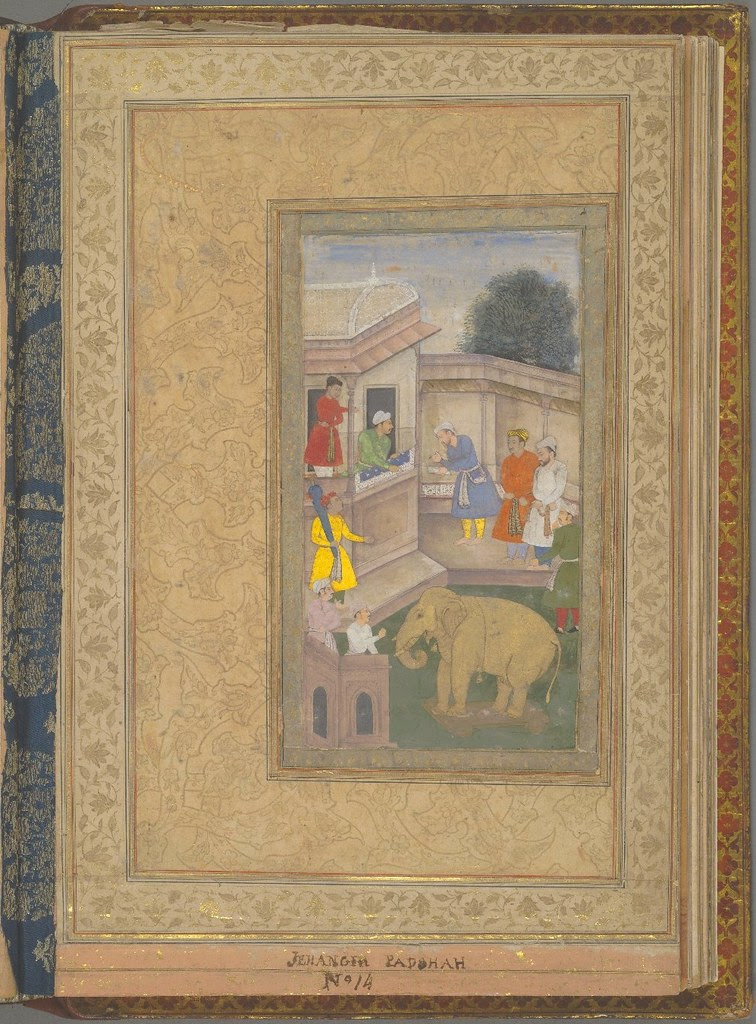 Jehangir Padshah: A prince seated at a window dictating to his secretary,
looking through an upper window at a stuffed gilded elephant,
mounted on a wooden trolley, in the courtyard below. 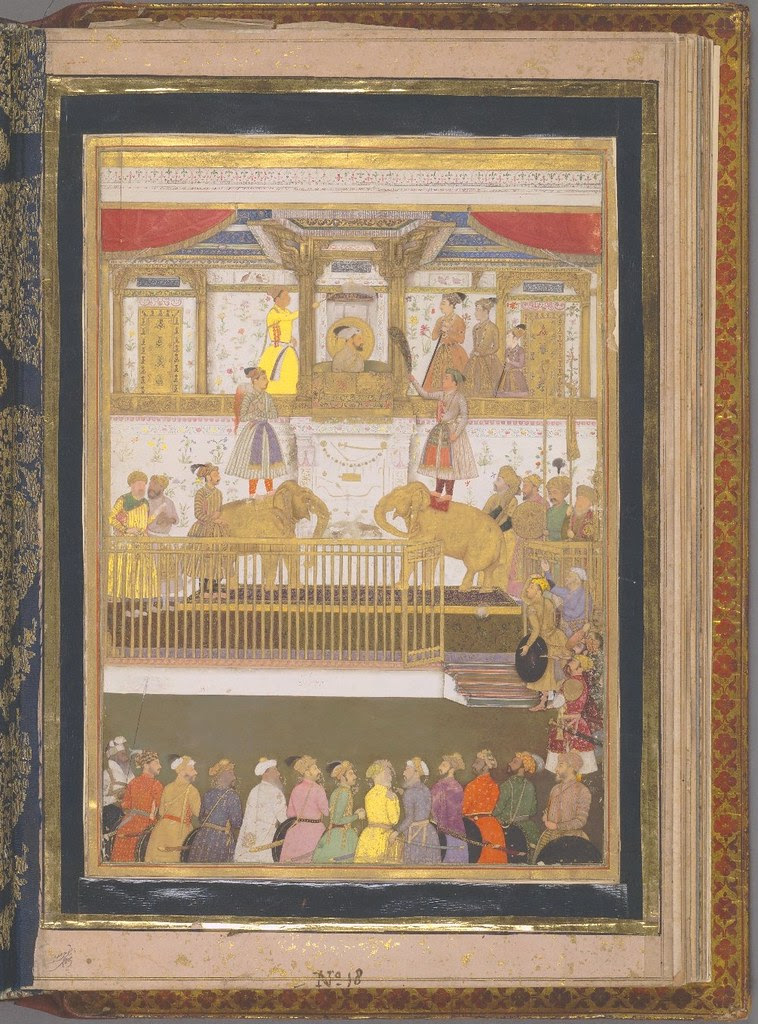 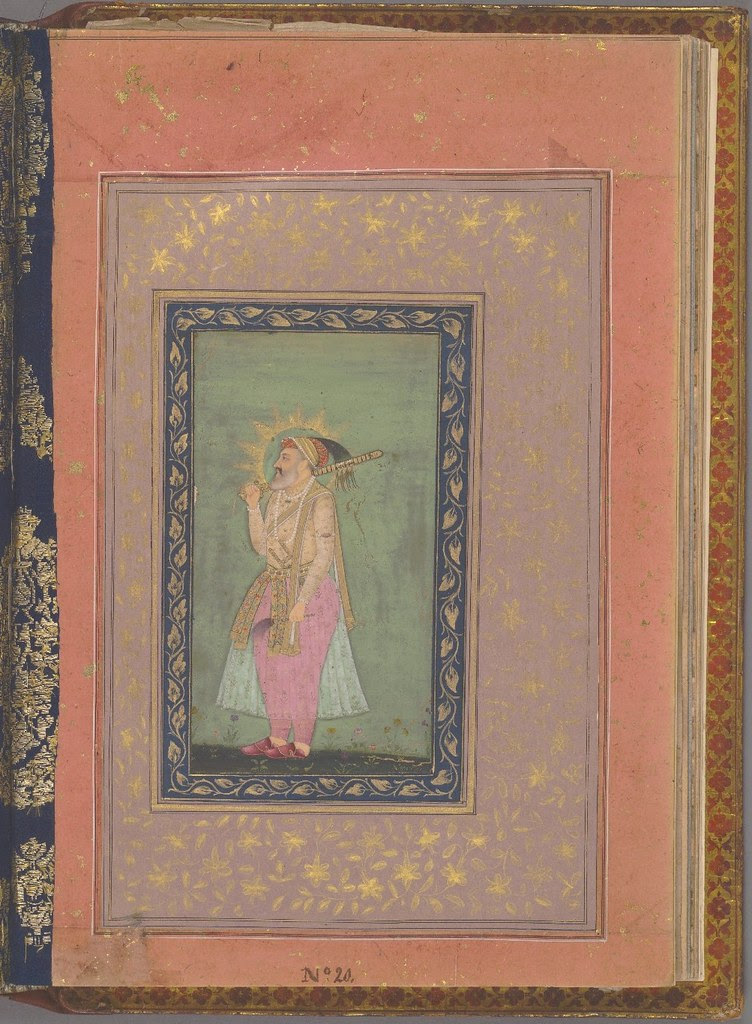