Valley of Elah-WHERE DAVID FOUGHT WITH GOLIATH AND THE OLDEST HEBREW?TEXT[ARCHEOLOGY] 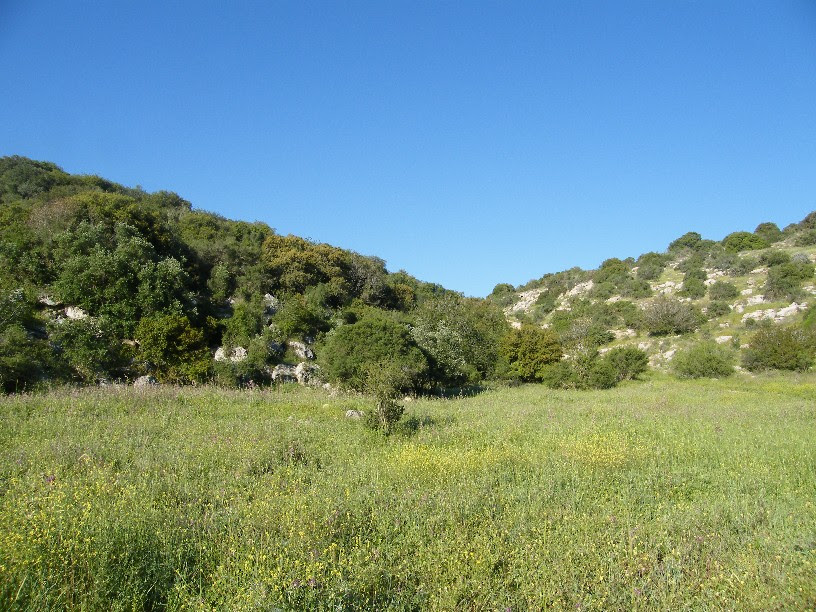 The Valley of Elah, "the valley of the oak or terebinth" (Hebrew: עמק האלה‎ Emek HaElah) (Arabic Wadi es-Sunt), best known as the place described in the Bible where the Israelites were encamped when David fought Goliath (1 Sam. 17:2, 19). 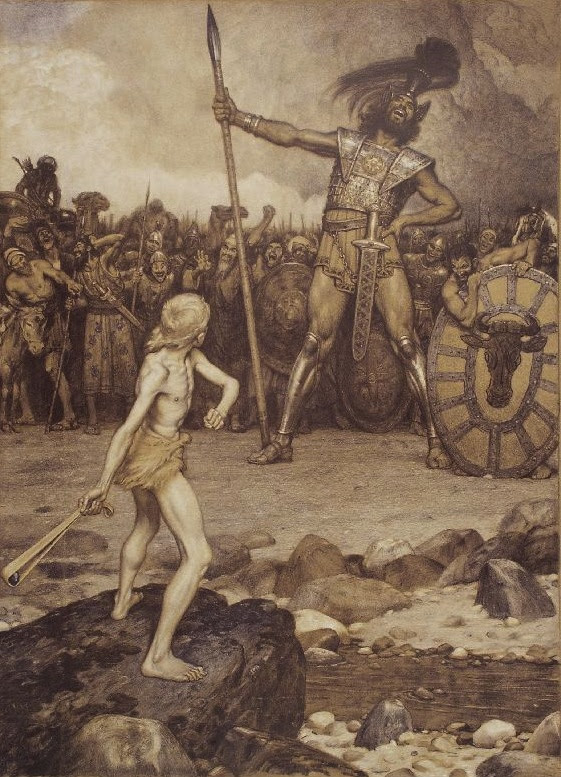 It was near Azekah and Socho (17:1). On the west side of the valley, near Socho, there is a very large and ancient tree of this kind, 55 feet in height, its trunk 17 feet in circumference, and the breadth of its shade no less than 75 feet. It marks the upper end of the valley, and forms a noted object, being one of the largest terebinths in the area.
The Valley of Elah has gained new importance as a point of support for the argument that Israel was more than a tribal chiefdom in the time of King David. At Khirbet Qeiyafa, southwest of Jerusalem in the Elah Valley, Prof. Yosef Garfinkel has discovered a fortified Judahite city from the Iron Age IIa (1000–900 B.C.). Pottery styles and carbon dating place occupation in the early tenth century. The fortifications have been said to support the Biblical account of the United Monarchy at the beginning of Iron Age
II.
Khirbet Qeiyafa
biblical Sha'arayim; is a 10th century BCE Israelite royal fortress;overlooking the Elah Valley.he site is understood to have been occupied for a period of only about 20 years in the tenth century BCE, before being destroyed. The tenth century is the period ascribed to the kingdoms of David and Solomon. The site is dated by pottery styles and by two burned olive pits tested for carbon-14 at Oxford University and found to date from between 1050 and 970 B.C., the period most scholars consider to be during the reign of King David 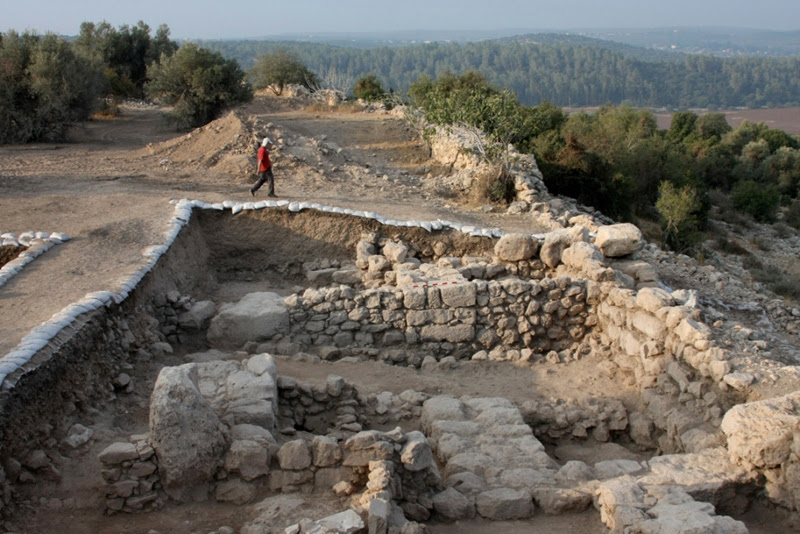 identified Khirbet Qeiyafa as the “Neta’im” of 1 Chronicles 4:23, because its proximity to Khirbet Ğudrayathe (biblical Gederah). The inhabitants of both cities were said to be "potters"
Because the excavations have uncovered a wall that makes a nearly complete circuit with two gates, and because this is "the only contender for Sha'arim with two gates, all the other sites of the period have only a single city gate," it has been suggested that this is the Biblical Sha'araim.
The Philistine city of Gath, located seven miles west, has been demonstrated to have different pottery types than Qeiyafa, establishing the distinct ethnic identities of the two sites. 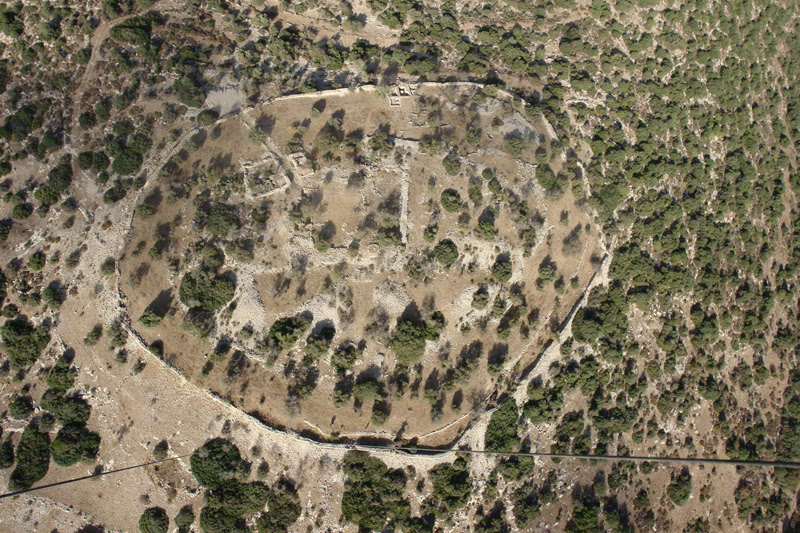 The site consists of a lower city of about 10 hectares and an upper city of about 3 hectares surrounded by a massive defensive wall ranging from 2-4 metres tall. At the center of the upper city is a large rectangular enclosure with spacious rooms on the south, equivalent to similar enclosures found at royal cities such as Samaria, Lachish, and Ramat Rachel. On the southern slope, outside the city, there are Iron Age rock-cut tombs. 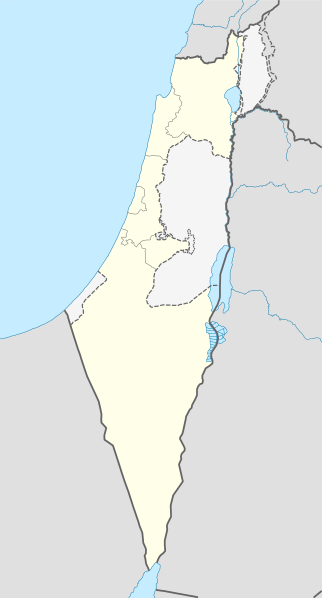 Garfinkel says the ceramic shard containing five lines of faded characters written 3,000 years ago at the time of the Old Testament's King David, was found in the ruins of an ancient fortified town Elah Fortres