Moonlight towers:At the end of the 19th century, many towns and cities were lit up by powerful electrical lamps placed on towers up to 300 feet (90 metres) high.

The arc lamp - the first electric light and the predecessor of Edison’s incandescent light bulb - was extremely bright and much more energy efficient than other lighting technologies from those times. The lamps were too strong for indoor use, but they were regarded as the future of municipal lighting. Especially in the United States, many cities and towns were illuminated as if they were immense sports stadiums. 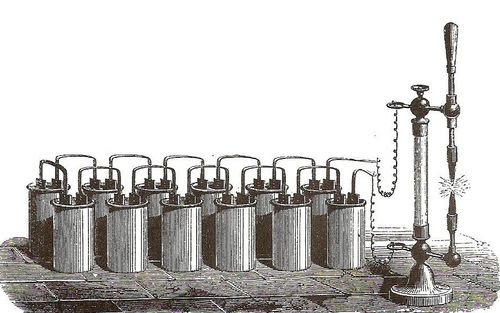 An electric candle typically produced a light of 1,500 to 6,000 candlepower, which corresponds to the output of 11 to 43 modern 100-watt incandescent light bulbs. The temperature in the arc could rise to 4,000 degrees Celsius (more than 7,000 degrees Fahrenheit), the highest temperature that man achieved until the arrival of the atomic bomb. 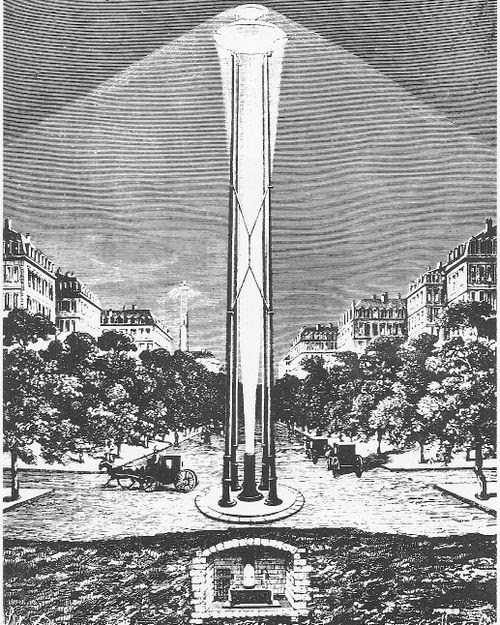 (the inversed arc light above was a concept, it was never built)
Paris set the ball running in 1877, with 54 street lights on the Avenue de l’Opéra and 80 lamps in the Grand Magasins du Louvre. London and other European cities followed in 1878, and in 1879 the first arc lights were installed in the United States. 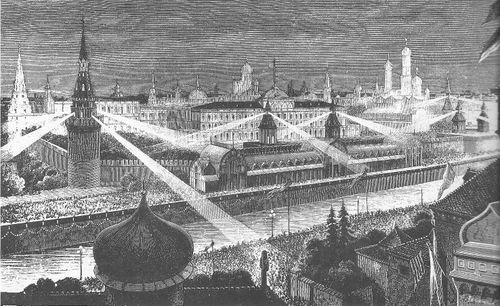 Moonlight towers
While European cities placed electric candles on posts, like we do today with street lights, the Americans had the idea of lighting entire cities and villages by means of a grid of towers that stood up to 300 feet (90 metres) tall. 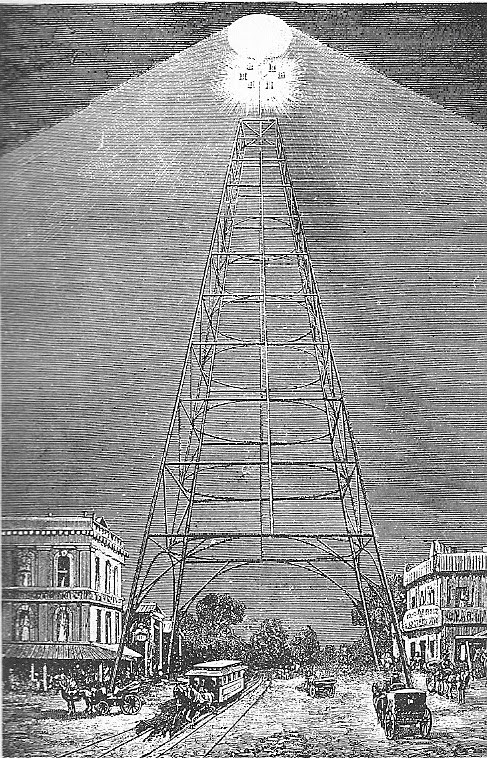 The first arc light tower was erected in San José, California, in December 1881


These structures, sometimes resembling oversized oil derricks, were equipped with 4 to 6 arc lights of 2,000 to 6,000 candle power each. Most of them burnt all night and all year (except at full moon) although some cities turned the lights off around midnight. 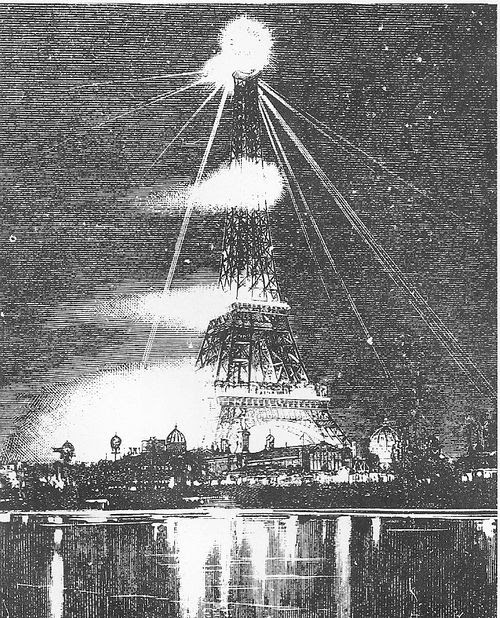 
The idea of placing arc lights on towers did not go unnoticed in Europe. It is believed that the Eiffel Tower in Paris, finished in 1889 and also equipped with powerful arc lights (below), was inspired by the first San José towe 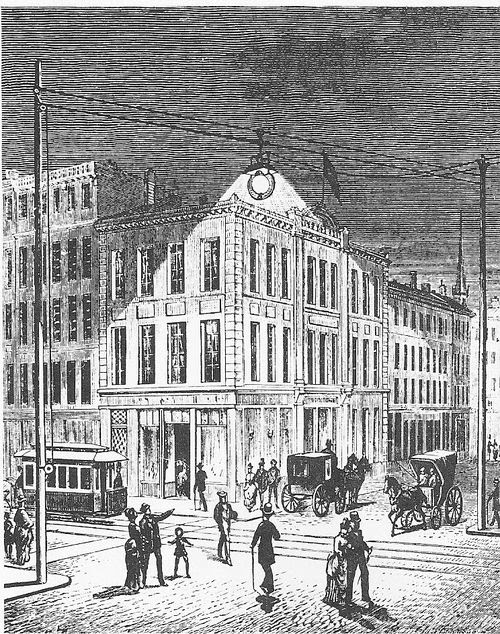 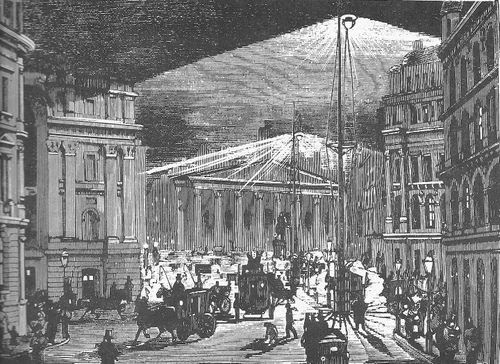