SLAVES OF KERALA;THE BANNING OF SLAVERY IN 1855;THE FIRST SCHOOL IN TRAVANCORE(NOW KERALA)HAD 6 BOYS AND 5 GIRLS ; ENCOUNTER WITH TIGER IN PALLOM NEAR KOTTAYAM ;AND THE FOUNDING OF PEERMADE HILL STATION 1830'S BY Rev Henry Baker Junior

The CMS Church at Pallikunnu

In most ways the Peermade as we know it now is a bequest of Sir Henry Baker and his family.Henry baker senior was born in 1793 and, was the first British CMS missionary send by the CMS to the Travancore due to the request of Colonel Munro to help the Syrian Christians. He came from Tanjore to Kottayam in 1819. The Henry Baker was known as Henry Baker Senior.He and his successors played a very important role in the development of these hills.He died in 1866 at Kottayam.

The Bakers are chiefly remembered for their contribution in the field of education. After arriving to Kottayam Baker opened the first school of Travancore ,It had six boys and five Girls At first. Reverend Henry Baker Senior had 3 sons.Rev Henry Baker Junior George Baker and Robert Baker who was at the magistrate of cardamom hills.The eldest son Henry was born in 1819 at Tanjore and was send to England to complete his education,while he married the daughter of his school master ,the Reverend Isacc Kitchen named Ann Kitchin and returned to Kottayam in 1843 to take up his duties as a missionary
In most ways the Peermade as we know it now is a bequest of Sir Henry Baker and his family.Henry baker senior was born in 1793 and, was the first British CMS missionary send by the CMS to the Travancore due to the request of Colonel Munro to help the Syrian Christians

In the 1836 census there were 164 864 "soil slaves in Travan core, of whom Pulayas constituted the majority. By 1891, Pulayas constituted 8.18% of the total population)2 In 1875, 97% of the Pulayas were attached agricultural labourers and only 3% seem to have owned any property.Pulayas were ranked just above Parayas in the local caste hierarchy. The caste system prevailing in Travancore was more rigid than elsewhere in India, as indicated by the fact that other castes considered Pulayas both untouchable and non-approachable. Pulayas had to stand at a distance of ninety feet from Brahmins and sixty-four feet from Nairs

the traditional mask dance form of dalits in Kerala, 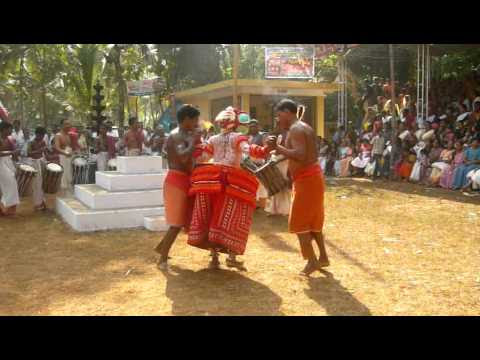 was used as a means to rebuke, ridicule and to some extent question the atrocities and injustices done to them. Theyyam dances and the group songs sung during the agricultural operations were a sort of inversions and defiance to the dominance of the high castes. Some of the Pulaya folk songs were loud expressions of indignation and retribution.

Anti-slavery Movement and the CMS Missionaries:-

The CMS missionaries who came to Travancore in 1816, were by the 1850s, acquainted with social conditions in Travancore, especially about the rights and sufferings of the dalits. The development of missionary sympathy towards the plight of the slave castes in Travancore culminated in the submission of a memorandum by Anglican missionaries dated 20 March 1847. The signatories, Bailey, Baker, Hawksworth and Baker Jr., all had either long experience in the state or were closely acquainted with the lower classes of central Travancore. Indeed, the text of the memorandum clearly reflects their humanitarian concern with the evils of the slave system They demanded the emancipation of all the slaves in Travancore as an act of ‘humanity and kindness’ The petition stated:-
With the condition of the slaves we have had many opportunities of becoming acquainted, and have been distressed to find in reference to these people, employed in the most laborious and unhealthy services, that even when hardest wrought, their food is barely adequate to their sustenance -- their clothing miserably scanty, their dwellings affording but little shelter from the moisture and cold surrounding them, and that generally no provision is made for their support when their labour is not required, or disease or age render them unable to labour -- that no medical aid is provided for them when ill, that they can be and are bought and sold as cattle, and that in (the) heartless traffic the husband and wife, the parent and child can be widely separated and sold in different directions, that they are often subjected to very cruel treatment from their masters, and that, owing to their degradation, they are in a great measure, deprived of the benefit of the lower courts, and entirely cut off from all access to their prince.landlords perceived missionary moves as a potential threat to the Pulayas’ subservient role in the social system.strong fears exist among all classes of people that the enlightenment of slaves will be followed by their liberation, and the consequent ruin of the interests of agriculture Indeed many landlords felt that the missionaries had usurped the landlord’s position of authority over the Pulayas.The missionaries’ anti-slavery campaign and their continued pressure on the Travancore government finally ended in the emancipation of the slaves. On 24 June 1855 it was declared that owning slaves was illegal.

HENRY BAKER SENIOR:-
He came from Tanjore to Kottayam in 1819. The Henry Baker was known as Henry Baker Senior.He and his successors played a very important role in the development of these hills.He died in 1866 at Kottayam.
The Bakers are chiefly remembered for their contribution in the field of education. After arriving to Kottayam Baker opened the first school of Travancore ,It had six boys and five Girls At first. Reverend Henry Baker Senior had 3 sons.Rev Henry Baker Junior

This is indeed an early centre for education pioneered by the British Missionaries. CMS Middle School (The present day CMS Higher Secondary School is the successor) was probably the first English school in Travancore. Buchanan Girls' school

was the pioneer in Girls education. Pallom also had the first graduate of the province, who later became a teacher at the CMS College Kottayam. A teachers' training school was also started there and many a primary school teachers got there instruction there.

This is the place where one of the earliest schools were set up in Kerala, CMS Middle school (Currently CMS Higher Secondary School) 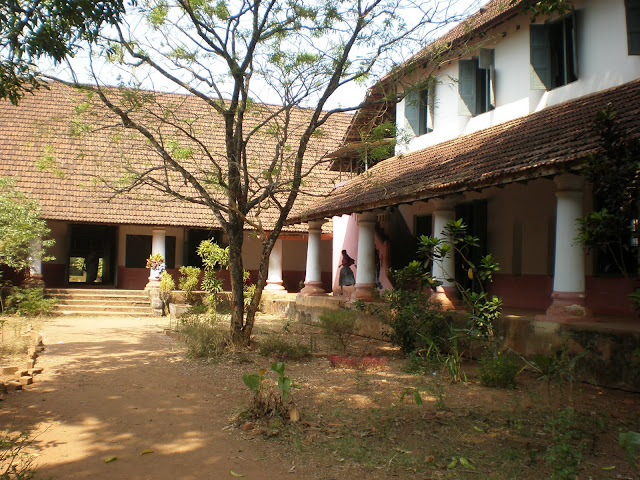 and the Buchanan Institutions started by Henry Baker. The Buchanan Teacher Training School helped a lot in the spread of education, especially among the lower echelons of society, through the dedicated teachers trained there. The region benefited a lot from the early exposure to English education and the first graduate in Kerala is supposed to belong to this village.

The Baker was really interested in the MALA ARAYANS There were only eight missionaries at Travencore at that time, and he himself was very busy.Due to there reasons it was not easy to appoint somebody or to go himself.The mala-arayans kept on asking about the same ,and at last he promised to meet them at a place near a river, called Mundakayam a place about thirty miles away from Kottayam.In1848 together with his brother George who lived at Kumarakom; 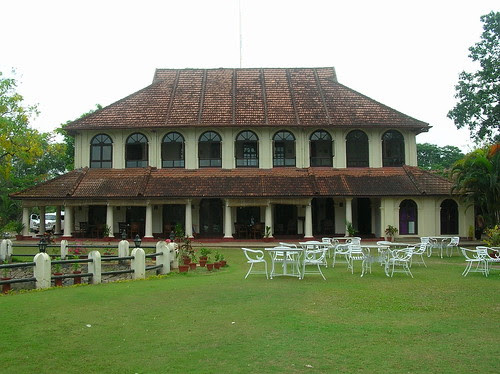 
near Kottayam trecked through the jungle and reached the bank of the river at Mundakayam.After that he began to spend two weeks of every alternate months with Hill tribes.Sometimes he was accompanied by his wife.During their visits they stayed near Mundakayam in two huts one at the top and another at the bottom on a big tree.;to escape from wild animals 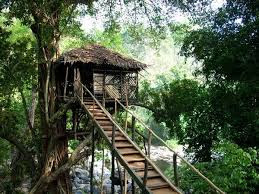 Baker never loved to remain at Mundakayam.He travelled through the surrounding countryside twenty miles in all sides in all directions,visiting the scattered villages of the mala-Aryans. 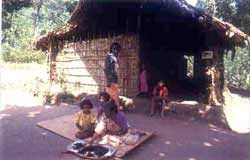 Tribal House
The jungle was so thick and the only way to move was by foot walk. During one of his journeys he reached at Peermade

Phone: +91 487 2420556,  Mobile: +91 98471 78455
Ashleys bungalow -peermade;The Ashley Bungalow was built in 1875 by the Bakers
and their associates.As you enter from the east through the winding rubble and mud paved road, up on the hill is situated the Ashley Bungalow. The building stands, commanding a magnificent view facing South, at the opening of a ghat on the valley which flows down gently to the plains below. The road twists and turns around the hills through the tea gardens around the bungalow and reach at the three bayed high laden front of the building facing South.The bungalow is a sleeping place of history of the hills of Travancore,where tradition and antiquity lay asleep not easily to be woken up by a sudden knock at its door.[now a hotel]

by a trail that winds the Bonsai Cliffs.No one dared to reach there other than him due to lack of roads,the steep climps,and the fear of frightening wild animals. He really loved the place.The high altitude of the place made its climate very cool.He believed that one should not halt on Obstacles but override them.

The morphing of the hills from thick forests to plantations was done by Baker and his family.He got permission from the Travencore Rajas to open plantations 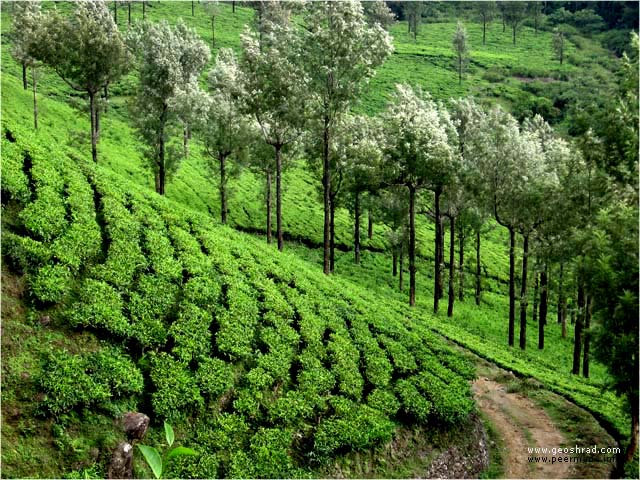 .Mrs Henry Baker was also interested in doing plantations.She helped in getting funds for clearings.He was also helped by his brothers George And Robert They employed coolies from Kottayam for the clearing works. They planted coffee and cardamom.
{

Henry baker was of course never a planter.He built the beautiful church at Pallikunnu Near Peermade and was the first Pastor of the Church.Henry Baker died in Madras in 1878 just ten years after his fathers death. Even now the Bakers family are known for the works they have done specially in the field of Education.There is a Baker memorial School in Kottayam 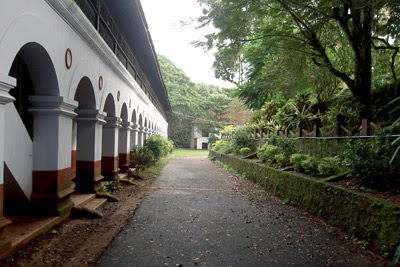 .His name is written in the CSI Church of Pallikunnu near Peermade for the works he had done.He was a great man like the Sullivan who developed the Nilgiris.He is chiefly remembered as the "Apostle of the hills" He must be called the founder of Peermade.
BAKER JUNCTION KOTTAYAM:-