Driving an automobile required a high degree to technical dexterity, mechanical skill, special clothing including hat, gloves, duster coat, goggles and boots. Tires were notoriously unreliable and changing one was an excruciating experience. Fuel was a problem, since gasoline was in short supply

The drivers of the day were an adventurous lot, going out in every kind of weather, unprotected by an enclosed body, or even a convertible top. Everyone in town knew who owned what car and the cars were soon to become each individuals token of identity. 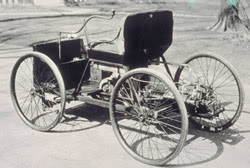 The dirt roads were a challenge in any weather.before the roads were tarred 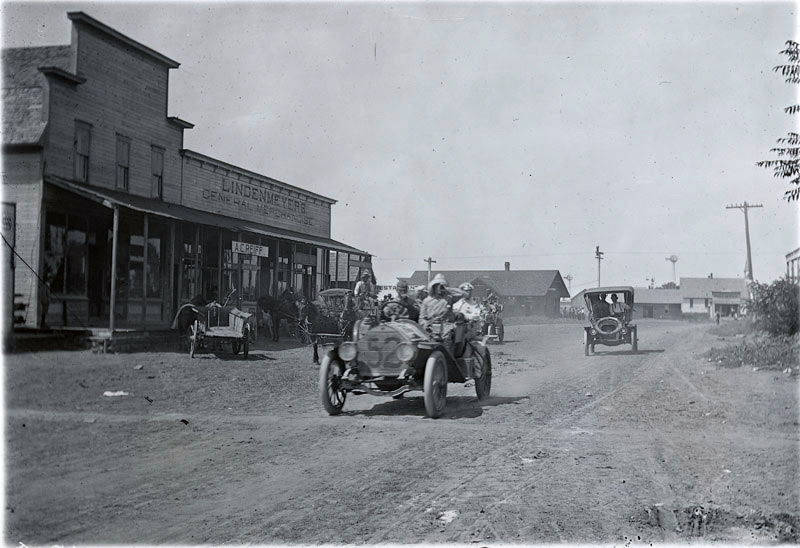 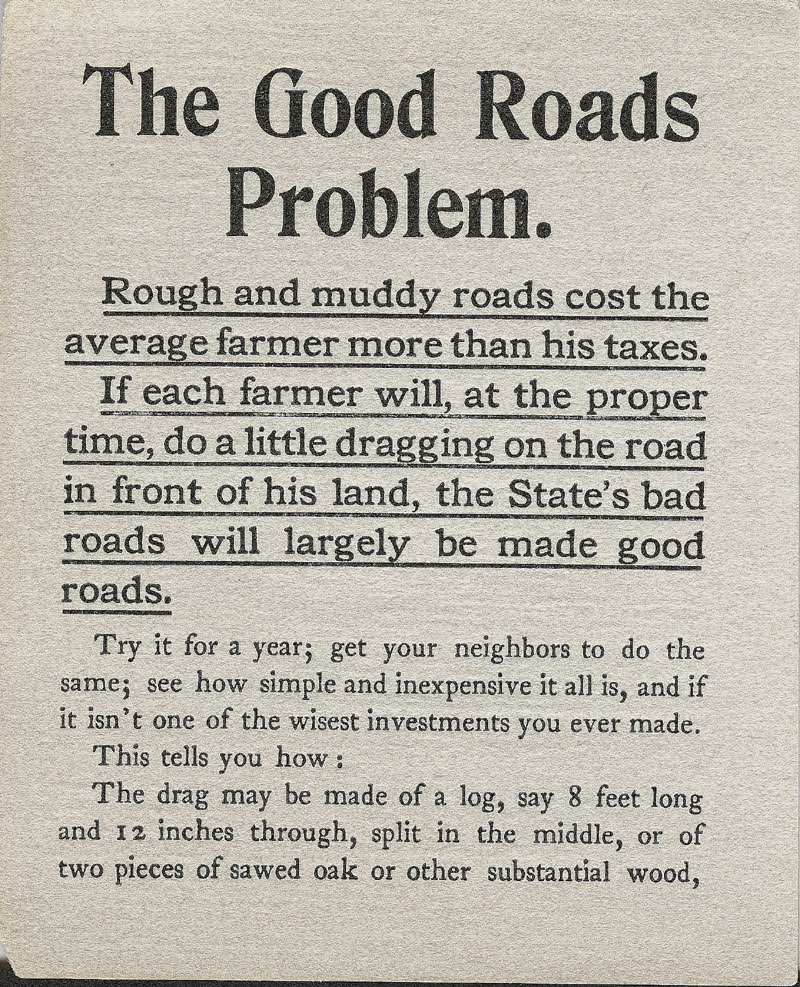 By 1910 Winfield paved the downtown streets with brick, horses were no longer welcome. The mule drawn trolleys were upgraded to electric streetcars. 1885 GERMANY -FIRST 'WOODEN MOTOR CYCLE'Gottllieb Daimler's workshop in Bad Cannstatt where he built the wooden motorcycle shown. Daimler's son Paul rode this motorcycle from Cannstatt to Unterturkheim and back on November 10, 1885 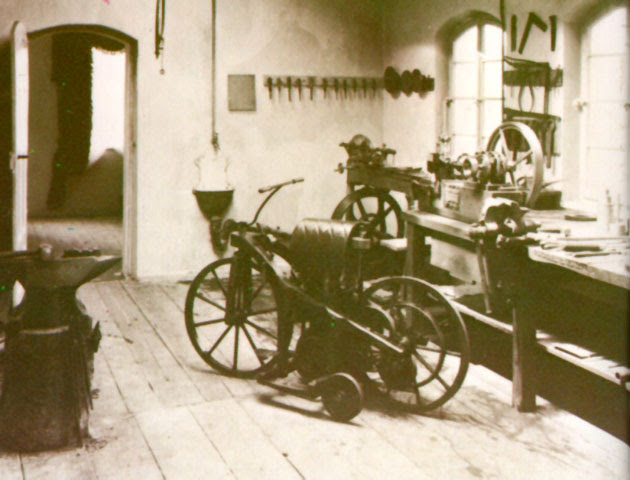 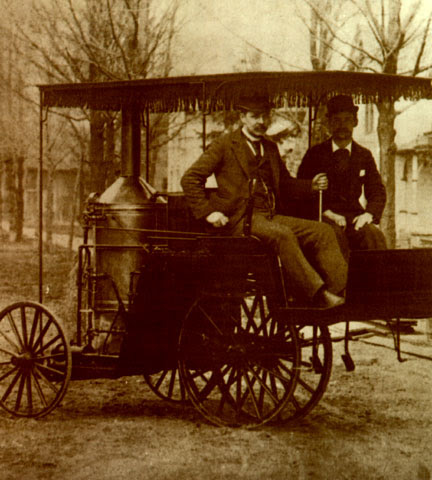 1893 the car built by Charles and Frank Duryea,:-[ Duryea was the first auto manufacturer with their 13 cars.] 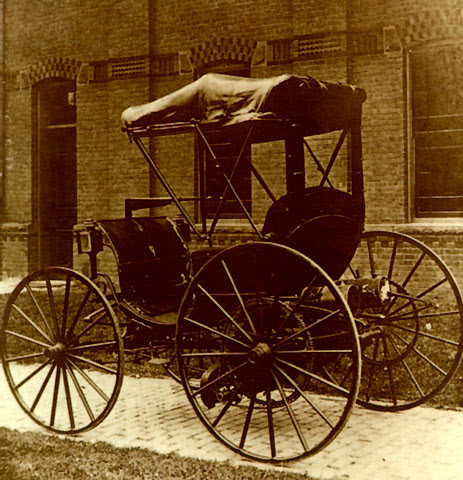 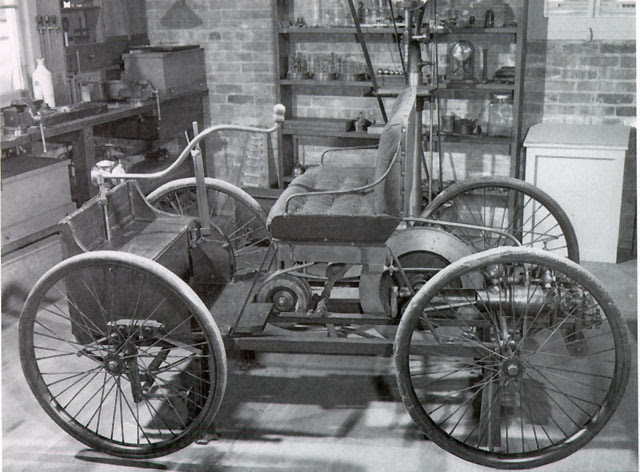 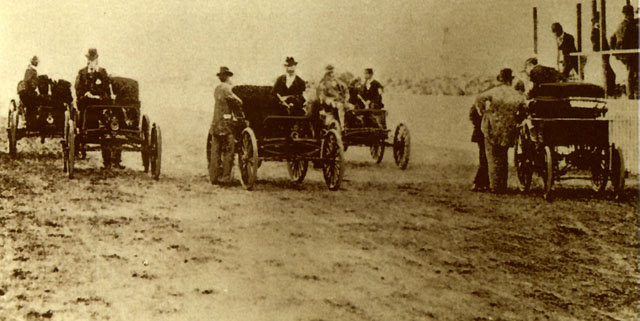 1896-Ransom Eli Olds is at the tiller of his first petrol powered car. Riding beside him is Frank G. Clark, who built the body and in the back are their wives.:- 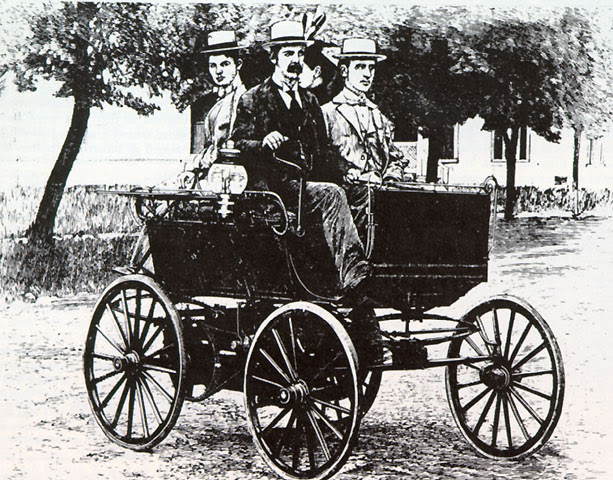 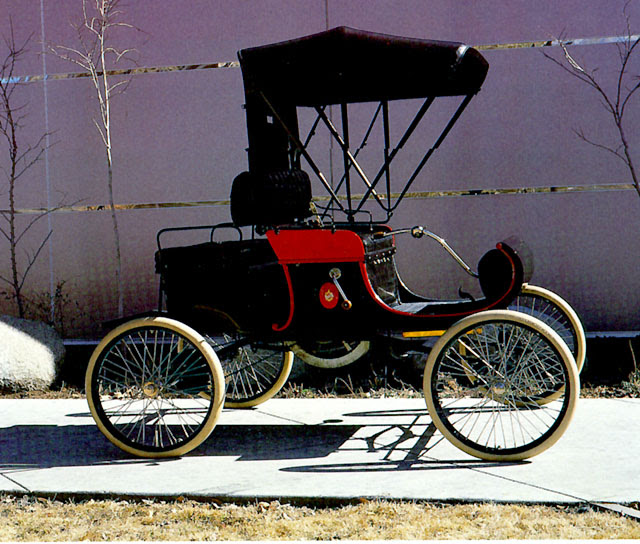 In 1899 and 1900, electrics outsold all other type of cars and the most popular electric was the Columbia built by Colonel Albert Augustus Pope, owner of American Bicycle Company;- 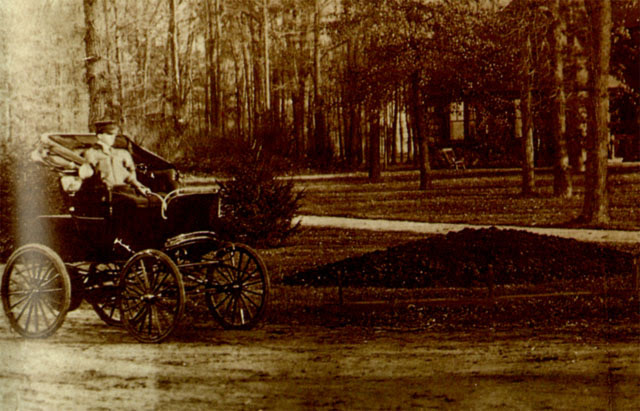 This Daimler of 1899 was owned by Lionel Rothchild. The European design is much advanced of the American designs of the same time. Gottlieb Daimler took part in the London-to-Brighton run in 1896 but died in 1900 at the age of 66 without ever meeting Benz.:-

1903, in Winfield,Kansas ;the first car in town. Acutally it was more like a truck and was used to haul customers out to see land 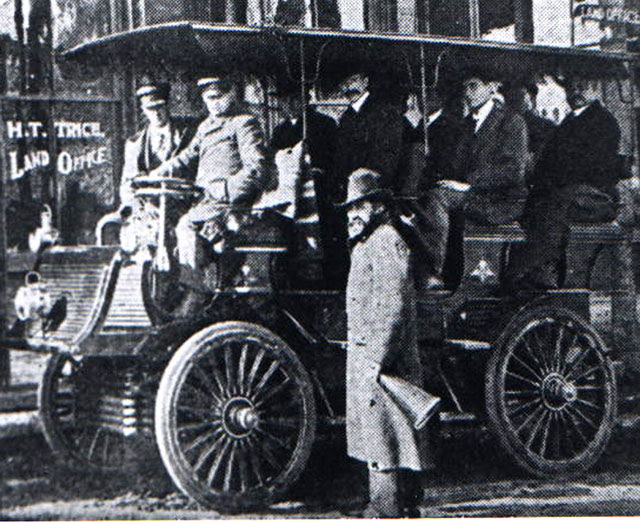 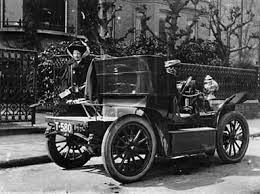 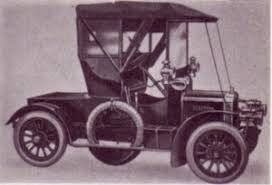 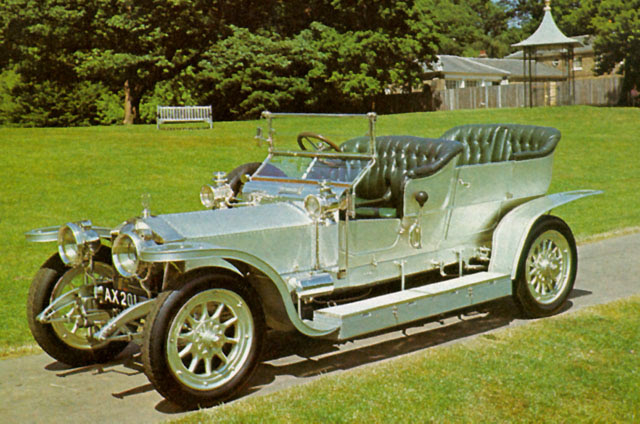 The 1908 Haynes in the back ground shows the rapid development of the petrol powered car when compared to the 1894 model in the foreground. in just about 10 years! 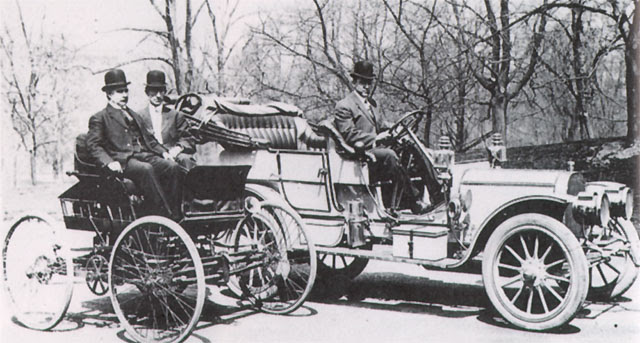 Steam power was widely used in the 1880's and 1890's on the farms of America. Cowley County had its share of these behemoths and had a large group of people with the ability to use, and the skill to fix and repair them. The smaller, less expensive automobile, with an internal combustion engine provided a new avenue of interest that was much more personal than the steam engine with its team of attendants. 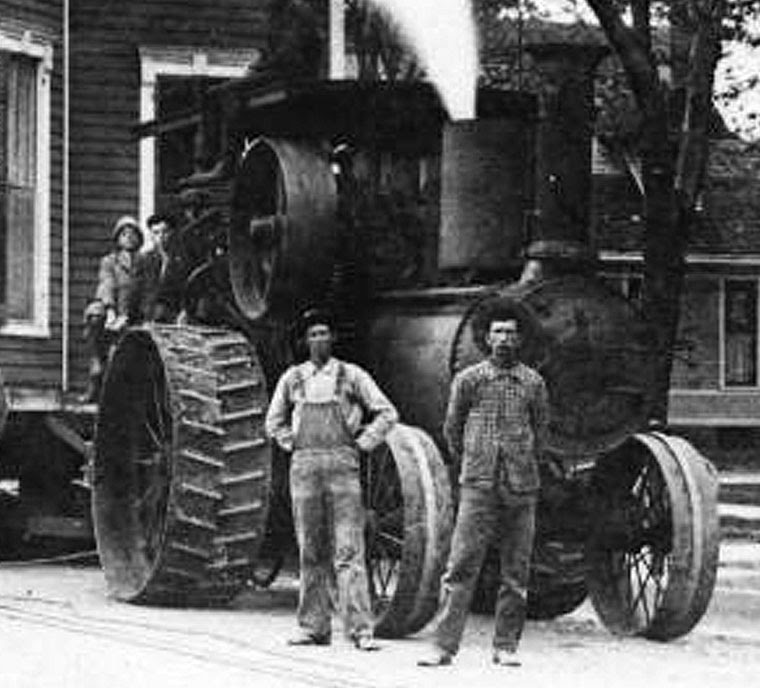 Mr. Martin Baden of Winfield, Kansas and his new eight-cylinder Cadillac roadster. This car was especially built for Mr. Baden, 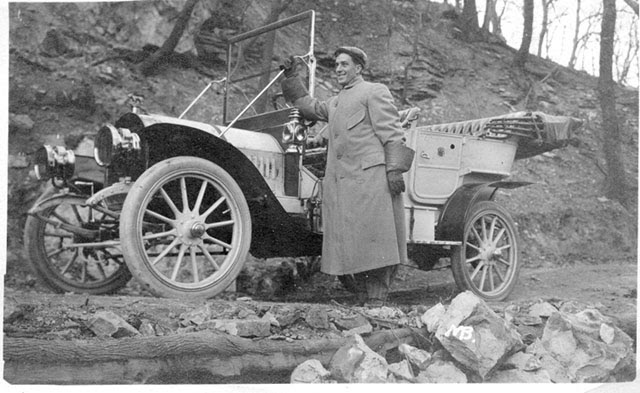 By 1915 racing had become a passion all over the United States. 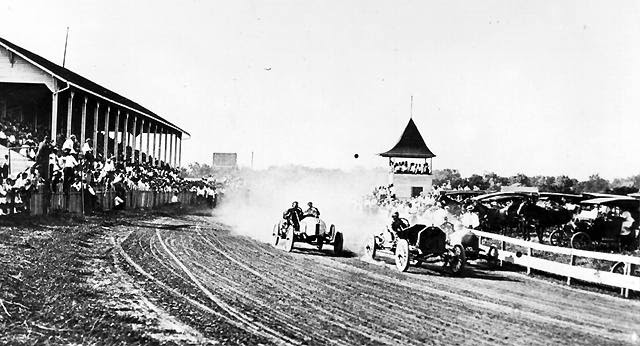 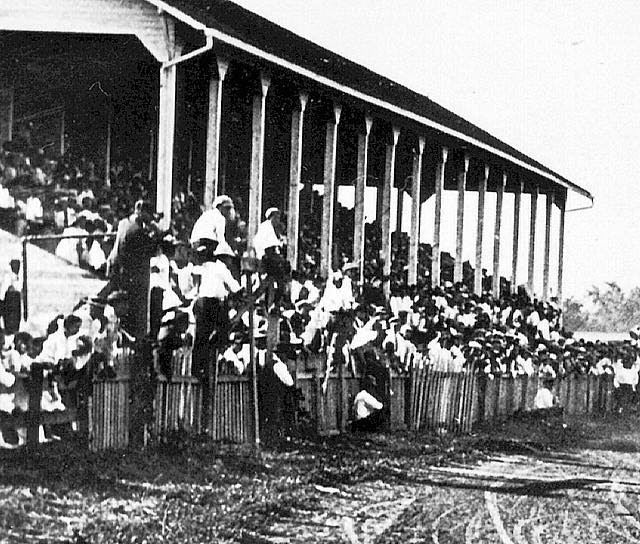 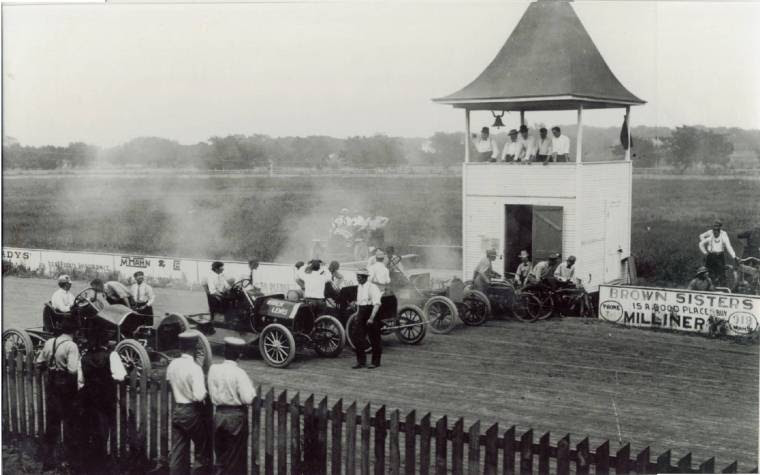 Eventually the automobile change the face of small town America;and the world. 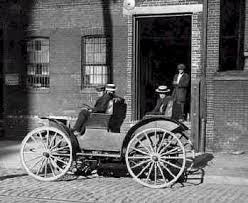 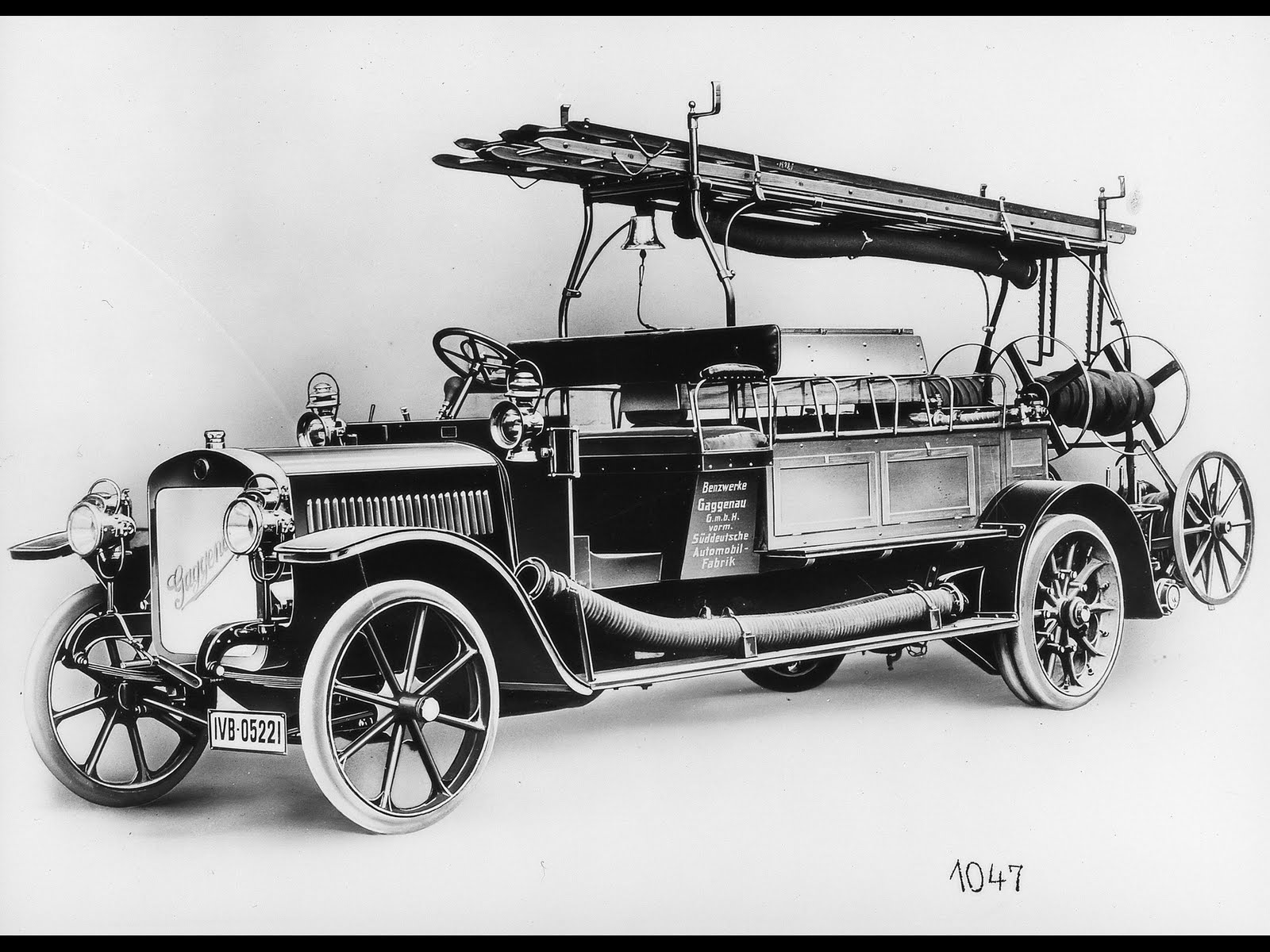