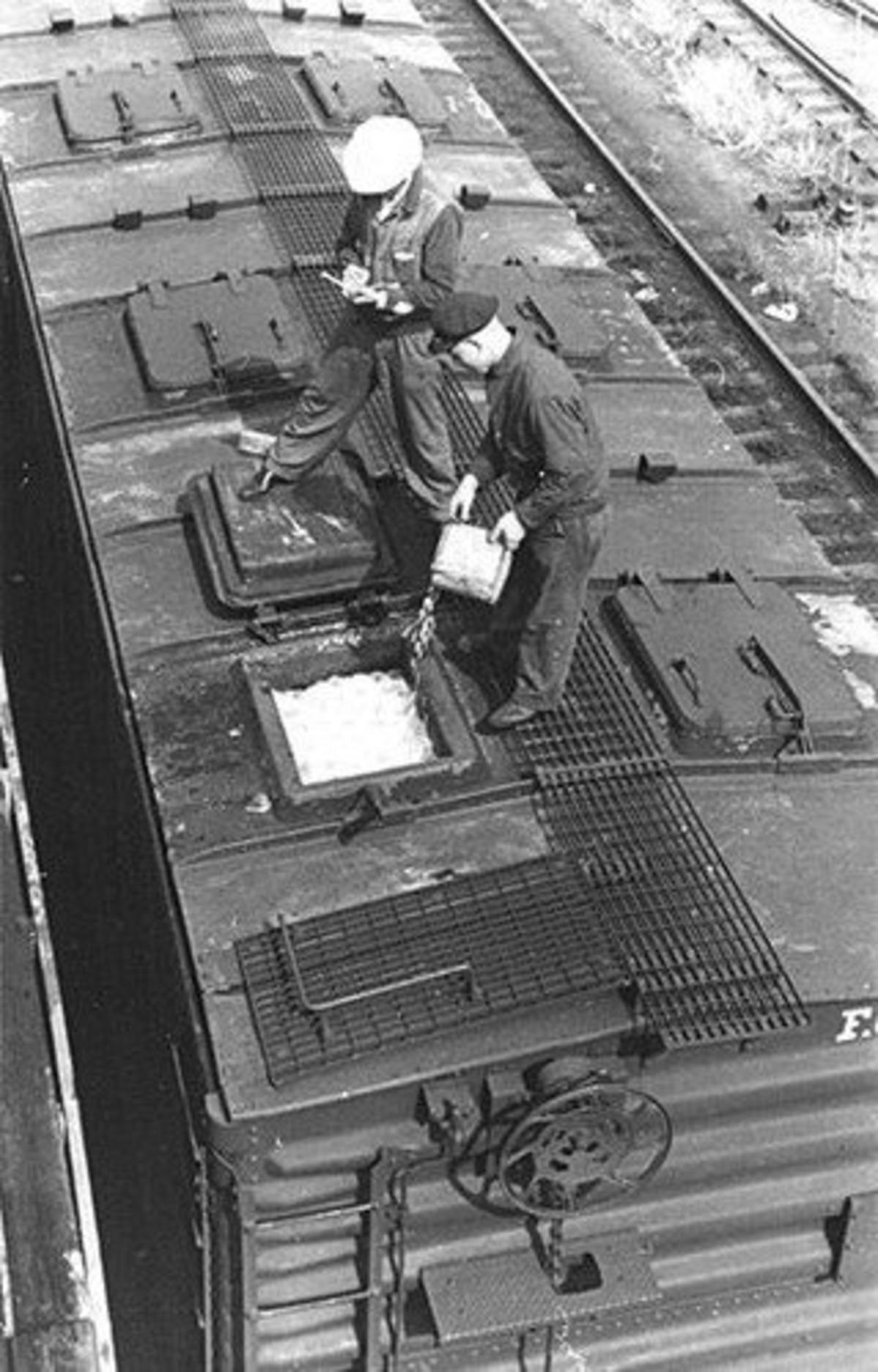 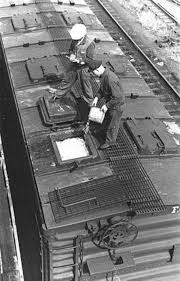 The Frontier Mail was one of the first trains in India to get an air conditioned car. In fact, the a.c. car started running from 1934. However, the airconditioning system was basic, nothing like the thermostat controlled powerplants we see today.
The airconditioning system in those days used ice blocks, carried in sealed receptacles built beneath the car floor. These were replenished at several halts along the line. A battery operated blower constantly blew air into these receptacles, and the cold air entered the insulated cars through vents. Very basic, very messy, but the effect was very pleasant indeed. Today, the thought of huge ice blocks being pushed into the underfloor ice receptacles at every other stop is daunting enough! 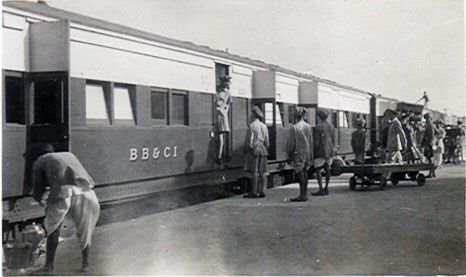 FIRST AIR CONDITIONED COMPARTMENT [INDIANS WERE ALLOWED INSIDE?! OR WAS IT ONLY FOR THE WHITE MEN AND ENGLISH RULING CLASS?ANY BODY KNOWS? I DONT KNOW BECAUSE THERE WAS NO AIR

Workmen top off a reefer's top-mounted bunkers with crushed ice.

A circa 1870 refrigerator car design. Hatches in the roof provided access to the ice tanks at each end

This "Rex" car is the modern version of an express refrigerator car
which was filled with ice to keep produce fresh when ship long distances. 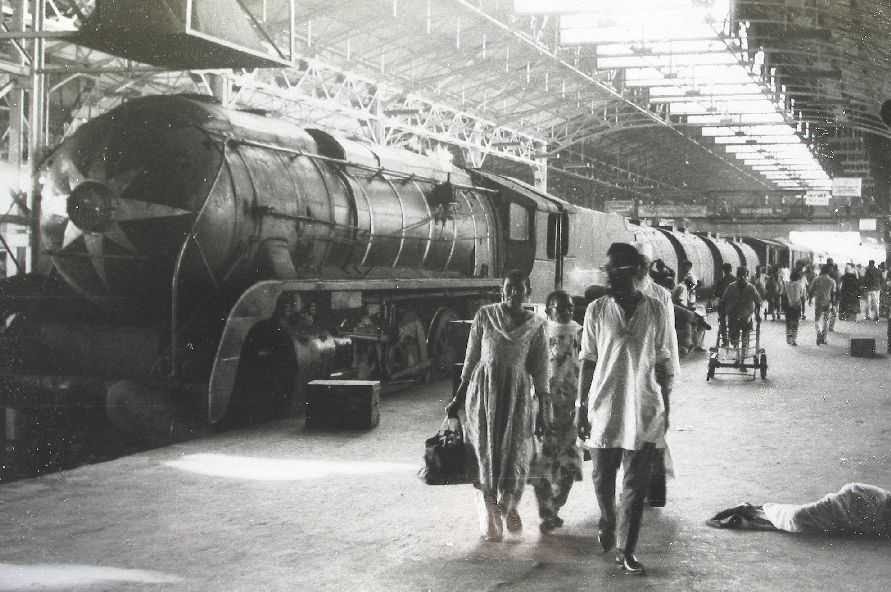 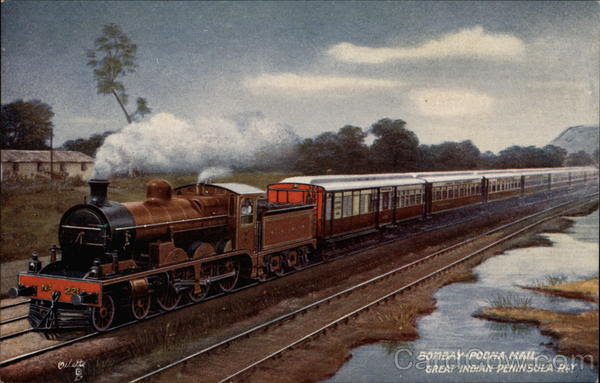 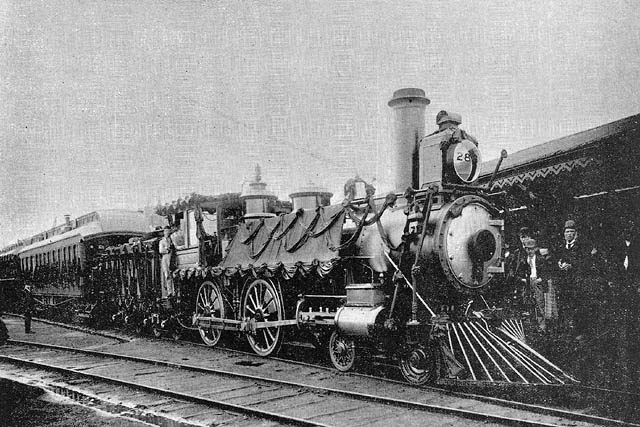 The Dapoorie Viaduct on the original line in 1855 -~1853 – The first passenger train of the Great Indian Peninsula Railway left Bori Bunder station in Bombay for Tannah. The train took 57 minutes to reach Tannah, covering a distance of a distance of 21 miles (33.8 km). 3 locomotives named Sultan, Sindh and Sahib pulled the 14 carriages with 400 passengers on board. photograph of a view of the Bhore Incline, near Bombay from the 'Vibart Collection of Views in South India' taken by an unknown photographer about 1855. India’s vast railway network is an enduring legacy of the East India Company. In 1853 there were 32kms of tracks, whereas by 1948 there were nearly 50,000kms. The railway connecting Thana through the Thal and Bhor Ghat inclines was the initiative of George Clark, Chief Engineer of the Bombay Government. The Great Indian Peninsula Railway Company developed the scheme in the 1840s and the Bhor Ghat pass was opened in 1861 as the main route over the Western Ghats linking the sea coast with the Deccan. Inauguration of electric traction by the GIPR, 1925. Scan provided by John Lacey.

View of the Bhore Ghat, from a photograph at the India Office, London. Scan provided by John Lacey. 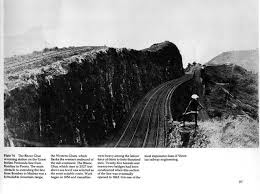 GIPR trains (one freight, one passenger) on the Bhore ghat, 1929. Scan provided by John Lacey.

an inspection car on the 2' 0" Neral Matheran line

Map of the Bhore Ghat alignment in 1929. Scan provided by John Lacey. 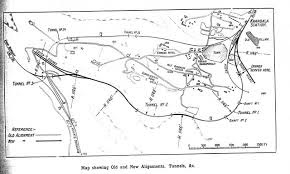 A photograph of a view of the Bhore Ghauts near Bombay from the 'Vibart Collection of Views in South India' taken by by an unknown photographer about 1855. The reversing station on the Bhore Ghat Incline under construction, with the hill known as the Duke's Nose in the distance. The idea of a railway to connect Bombay with Thane, Kalyan and with the Thal and Bhore Ghat inclines first occurred to Mr. George Clark, the Chief Engineer of the Bombay Government, during a visit to Bhandup in 1843. But it was not until 1856 that Bhore Ghat, 15.75 miles in length was begun under the direction of engineer William Frederick Faviell. The work was continued by Solomon Tredwell after Faviell's death in 1859. About 42,000 workers (peak of 1861) including many tribals, 32 different classes of artisans & labourers (10,822 drillers/miners, 2659 masons, buttiwalas to load & fire blasts, storekeepers, timekeepers, interpreters, filemen, platelayers, trumpeters for mustering people, thatchers, harness makers etc worked here. Coolies travelled on an average of 15-20 miles a day and carried an estimated 6,296,061 cubic yards of earthwork on heads. The idea for the construction of a wet docks for the use of shipping in Bombay harbour was first suggested by M. Malet when member of Council in 1855. In 1866, Russell Aitken, Executive Engineer to the Municipality prepared the foundation of a Harbour and Dock Trust which could raise money for the construction of wet docks on the Elphinstone and Mody Bay reclamations as private companies had gone into a recession. In 1875, the first stone was laid in the hope that the new dock would create a prosperous revolution in the trade of Bombay. In April 1879, the Prince's Dock was thrown open by the Governor of Bombay, Sir Richard Temple. In 1884, it was decided to extend the dock and construction then began on the Victoria Dock. his print was taken by an unknown photographer in the 1860s. It shows a view of Khandala, a small hill station in the state of Maharashtra, within the Sahyadri Mountains. In the nineteenth century such hill resorts became the favoured retreats of the British

. An XC on the BB&CI Railway hauls the Frontier Mail on the Darrah viaduct between Bombay and Delhi. At 175 tonnes, the XCs were considered among the heaviest locomotives in use at that time.

The Frontier Mail of yore leaving Mole Station in 1928 at the start of its very long journey to Peshawar (which is now in Pakistan). Today the train runs upto Amritsar, and has been renamed the Golden Temple Mail.

Bhor Ghats prior to electrification? Here is a 4-6-0ST used on the ghats in 1863. Note the tank overhang for extra water.

MLR class articulated steam locomotives of the Neral to Matheran line on the CR. The MLRs were built by the German firm of Orenstein and Koppel. The line is now diesel worked. Two MLRs are preserved: on at Matheran station, and one in the National Rail Museum, New Delhi. In addition, one MLR is used at the Leighton Buzzard preserved railway in the UK.

steam near Delhi. Note additions of modern fittings in keeping with current safety requirements. When not running, the engine is parked in an enclosure in the National Rail Museum,where she was originally preserved. Fairy Queen's twin sister 'Express' is preserved in the Jamalpur workshops on the ER