Desi nashta or traditional breakfast declined when the foods of the colonials – buttered toast with jam and masala omelettes – became popular. Vegetarians resisted the cereal (read cornflakes) but not for long.

Uttarakhand:-
it is dahi-jalebi.
In Almora or Nainital, milk issubstituted for  curds.
.The home cooked stuff ranges from cheela (lentil pancakes) to daliya (porridge) both sweet and salted. The staple is phulka subzee.
In Lucknow it was nahari-kulcha
and in Hyderabad, tradition prescribed khichadi-keema.
In the  heart of India, [in the Malwa-Maharashtra belt], poha or pounded rice flakes reignes supreme. Sabudana vada and khichadi providesvariety.
Shops in small towns in the Hindi heartland does sk business in khasta-kachori.

A FEW OF THE MANY BREAKFASTS FROM ALLOVER INDIA
Uttarakhand:-
it is dahi-jalebi. That was in Bhowali. In Almora or Nainital, milk is substituted for curds. The home cooked stuff ranges from cheela (lentil pancakes) to daliya (porridge) both sweet and salted. The staple is phulka subzee.

In Lucknow:-
it is nahari-kulcha
In Hyderabad:-
tradition prescribes khichadi-keema.
In the heart of India[ in the Malwa-Maharashtra belt]:-
Poha Chudva:-


In the countryside:-
it is the no frills but filling and nourishing sattu (parched gram or barley) flavoured with salt and green chillies. The sattu would be mixed with water to make it easier to eat.
In Bengal and Orissa:-
pantha bhat (left over fermented rice) was a light morning meal.
Down South:-

would partner with filter coffee.
In Modinagar :- 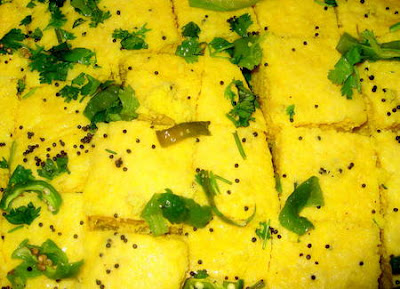 
The cuisine of Kerala (Malayalam: കേരളീയ പാചകശൈലി)
is linked in all its richness to the history, geography, demography and culture of the land. Because many of Kerala's Hindus are vegetarian by religion, and because Kerala has large minorities of Muslims and Christians that are predominantly non-vegetarians, Kerala cuisine has a multitude of both vegetarian and dishes prepared using fish, poultry and meat.
For over 2000 years, Kerala has been visited by ocean-goers, including traders from Greece, Rome, the eastern Mediterranean, Arab countries, and Europe  Thus, Kerala cuisine is a blend of indigenous dishes and foreign dishes adapted to Kerala tastes. Coconuts grow in abundance in Kerala, and consequently, grated coconut and coconut milk are widely used in dishes and curries as a thickener and flavouring ingredient. Kerala's long coastline, numerous rivers and backwater networks, and strong fishing industry have contributed to many sea- and river-food based dishes. Rice is grown in abundance, and could be said, along with tapioca (manioc/cassava), to be the main starch ingredient used in Kerala food. Having been a important exporter of spices for thousands of years, black pepper, cardamom, cloves, ginger, and cinnamon play a large part in its food.
malayali Breakfast palappam:- PUTTU:-PUTTU IS A VERY FAMOUS KERALA BREAKFAST WHICH IS MADE USING RICE FLOUR, WHEAT FLOUR OR EVEN RAVA. IT IS EATEN ALONG WITH SWEET BANANAS,[3 PHOTOS] 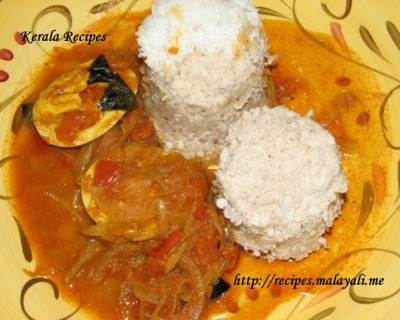 Idiyappam:-Idiyappam is another traditional Kerala Breakfast item and is something like Steamed Rice Noodles. It can be made quickly using Rice Flour. You need an “Idiyappam Press or Squeezer” to make rice noodles from the dough. 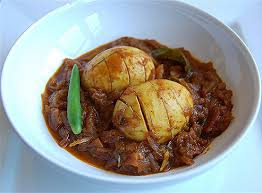 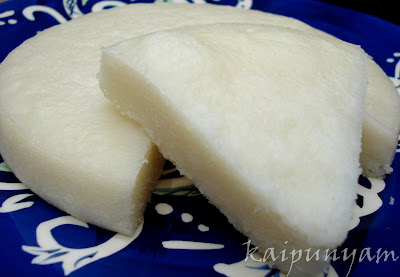 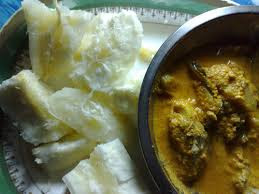 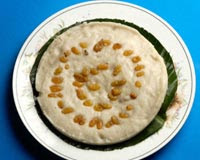 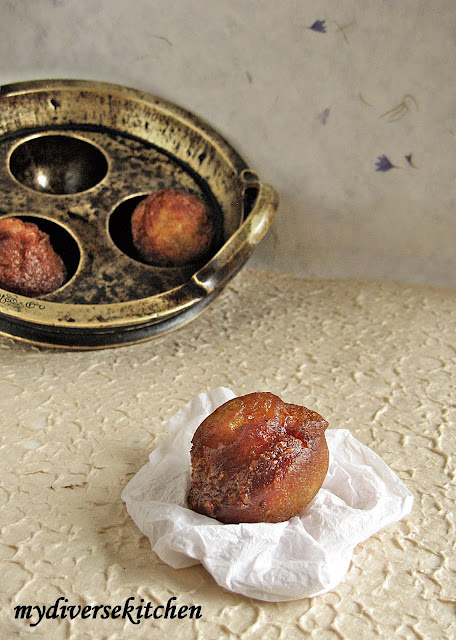 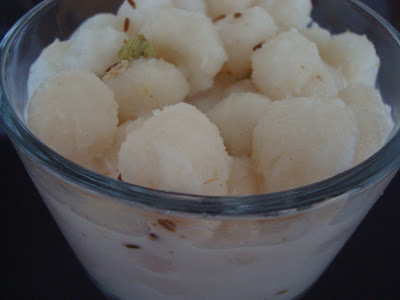 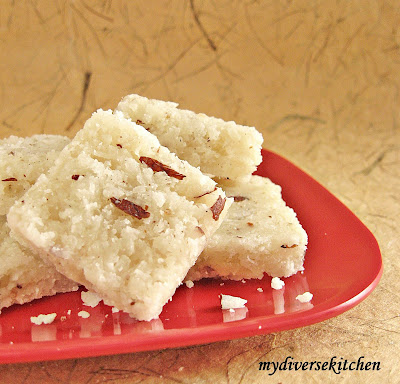 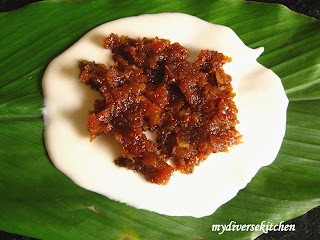 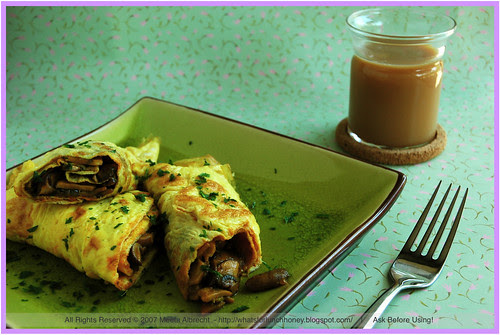 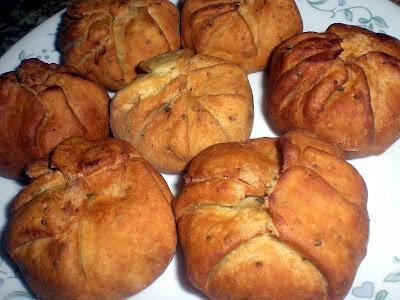 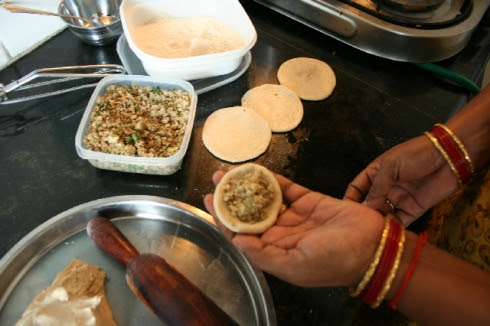 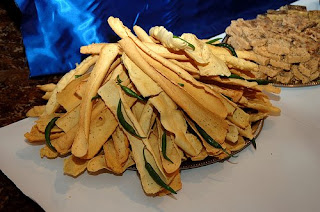 Fafda jalebi, is this supposedly salty sweet concoction of fafda and jalebi that Gujratis and residents of Ahmedabad love. 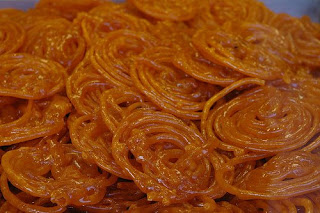 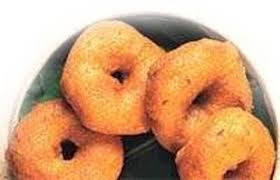 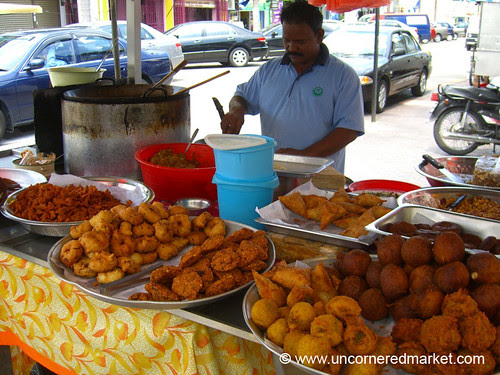