1933 -AN INDIAN-MALAYALI -IN IMPERIAL JAPAN -A.M. NAIR-KNOWN AS NAIR-SAN;Ayappanpillai Madhavan Nair (1905 - 1990), was closely involved with Japan in the Indian independence movement. 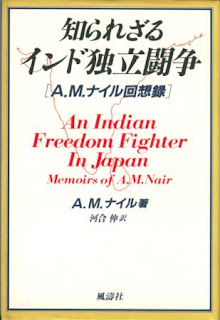 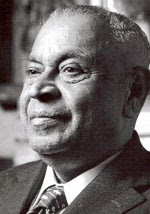 SUBHASH CHANDRA BOSE AND INDIAN NATIONAL ARMY COMMANDERS IN ? JAPAN
Nai
lived from 1905 to 1990. His father was a Tamil Brahmin and mother was a Nair. He was born and did his schooling inTrivandrum, Kerala. During school days Nair-san and his friends fought against the British rule in India. So he was forced to leave India to Japan and continued the fight against British rule there. For his service to the Japanese people Nair-san later obtained a civilian merit from Japan, The Order of the Sacred Treasure (Japanese: 瑞宝章, Zuihōshō).
Ayappanpillai Madhavan Nair (1905 - 1990), also known as Nair-san was closely involved with Japan in the Indian independence movement.
He studied engineering in Japan at Kyoto University. After a short stint as an engineer he entered Japanese politics as a follower of Netaji, 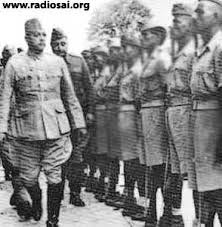 becoming his personal valet. During the Second World War, Nair joined the Indian Independence league in Japan under Rash Behari Bose. In 1949, Nair founded an Indian restaurant in Ginza, Tokyo.To a large extent, the curry became popular in Japan due to Ayappan Pillai Madhavan Nair, who founded the Ginza Nair’s restaurant.In the late nineteen sixties and early nineteen seventies, no Indian visitor could have missed the small Indian restaurant in Higashi Ginza in Tokyo, right across the Kabuki theatre.

Land there must have been worth its weight in gold and owning a restaurant there was sufficient testimony to the success of Nairsan, as he had come to be known with the Japanese honorific, 'san', the equivalent of the Hindi 'ji'.Every Indian visitor to the restaurant got the first meal free, but subsequent visits were purely on business terms. The Nair Restaurant also had a branch in a city department store, but even more famous than the restaurants was Indira Curry Powder, which had become quite popular among the Japanese. The only other Indian restaurants in the city were Ajanta, run by another Netaji associate and Ashoka, a Gujarati establishment.

Nairsan lived in Japan for over half a century and spent several years in Manchuria. There, he was an unofficial advisor to the Manchukuo Government and the Kwangtung Army. He also conducted an anti colonial Movement against British imperialism in India and other parts of Asia
Nairsan came to Japan as a  student. After he had learnt the Japanese language well and married a Japanese girl, whom he renamed Janaki Amma in true Kerala style, he fell under the spell of Netaji and decided to give up his studies to join Netaji as his interpreter. He traveled with Netaji all over Japan and stayed back to take care of his interests in Japan.NAIRSAN HAD TWO SONS; VASUDEVAN AND GOPALAN


Nairsan expected to be appointed the first Indian ambassador to Japan, but the highest post he was offered was that of the consul general in Kobe. Nairsan turned down the offer and decided to become an entrepreneurHis patriotism remained intact when he set up an Indian restaurant and named his curry powder, 'Indira'. He had differences with Pandit Nehru  , but he still loved his daughter, Indira.Nairsan served an 'Indian curry', using his Indira curry powder, which fascinated the Japanese, who expected that a more authentic version would be available in India.The curry at the Nair Restaurant was flavoured to the liking of the Japanes Similarly, he made it a point to visit the embassy on August 15 and January 26 to salute the nation..The restaurant on the Ginza appeared to be his public relations window, where he could propagate Indian cuisine among the Japanese and meet Indian visitors.


He was convinced that Netaji died in the Taipei air crash. If he had survived, he would have contacted Nairsan. What other evidence did the world need to believe that Netaji was not alive?


Nostalgia, rather than profit, seemed to be his motive.,Nairsan lived to tell his story in an autobiography, which he authored with the help of a senior Indian diplomat, M S Nair, but he died soon after, presumably unhappy that his vision of India was not fulfilled.