www.hindustantimes.com/delhi/...delhi-metro...metro.../story-ErBcN6aAjBcaRYY85V...
Jan 7, 2017 - The Delhi Metro Rail Corporation (DMRC) has been seeking approval to ... Phase 3 of Metro's expansion is likely to be completed by mid-2017.

His first assignment was in the Southern Railway as a Probationary Assistant Engineer in December 1954.
In 1963, a huge tidal wave washed away parts of Pamban Bridge

PAMBAN LIGHT HOUSE
that connected Rameshwaram to mainland Tamil Nadu. The Railways set a target of six months for the bridge to be repaired

Girders being installed in the Pamban bridge.
Sreedharan was put in-charge of the execution and he restored the bridge in just 46 days.The Railway minister's Award was given to him in recognition of this achievement.


The Pamban Bridge on the Palk Strait connects Rameswaram on Pamban Island to mainland India. It refers to both the road bridge and the cantilever railway bridge, though primarily it means the latter. It was India's first sea bridge. It is the second longest sea bridge in India (after Bandra-Worli Sea Link) at a length of about 2.3 km.
From the elevated two-lane road bridge, adjoining islands and the parallel rail bridge below can be viewed.
The railway bridge is 6,776 ft (2,065 m) and was opened for traffic in 1914. The railroad bridge is a still-functioning double-leaf bascule bridge section that can be raised to let ships pass under the bridge.
The railway bridge historically carried meter-gauge trains on it, but Indian Railways upgraded the bridge to carry broad-gauge trains in a project that finished Aug. 12, 2007. Until recently, the two leaves of the bridge were opened manually using levers by workers. About 10 ships — cargo carriers, coast guard ships, fishing vessels and oil tankers — pass through the bridge every month.
This bridge, constructed by the British over a hundred years ago and still in good condition, is a marvel of engineering. Until recent times, the bridge formed Pamban island's only link with the Indian mainland. Above all, thousands of Hindu pilgrims on pilgrimage to the holy Hindu shrine of Rameswaram traverse it every day. 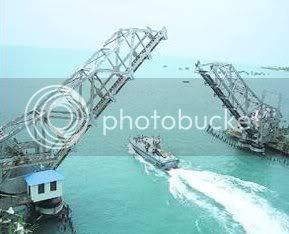 The buildings that braved the fateful day still exist partly buried in the sand .Even though the town was wiped away by the 1964 cyclone, small numbers of temporary settlers live in thatched huts during the fishing season.
village post office — now a grand red arch, the rest of it buried in sand. A ruined railway station and a temple lie among the debris. But the shells of the structures sit peacefully in dunes of white sand against a deceivingly calm and sparkling blue sea. Covered with weeds, sunk in sand, corroded by the sea, Dhanushkodi seems to be a living example of the impermanence of life — it's suspended in decay, seeming to thumb its nose at life.
REMAINS OF RAILWAY STATION AT DHANUSHKODI 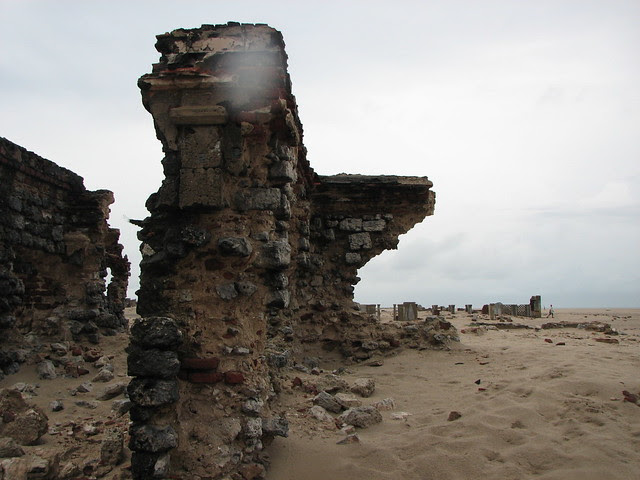 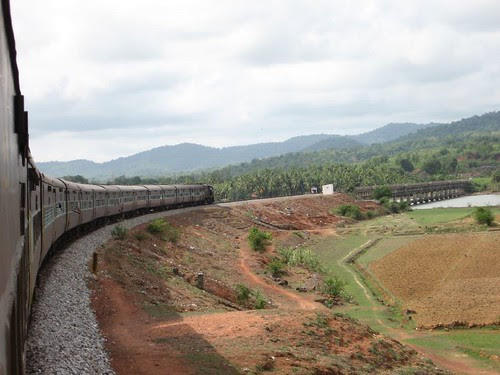 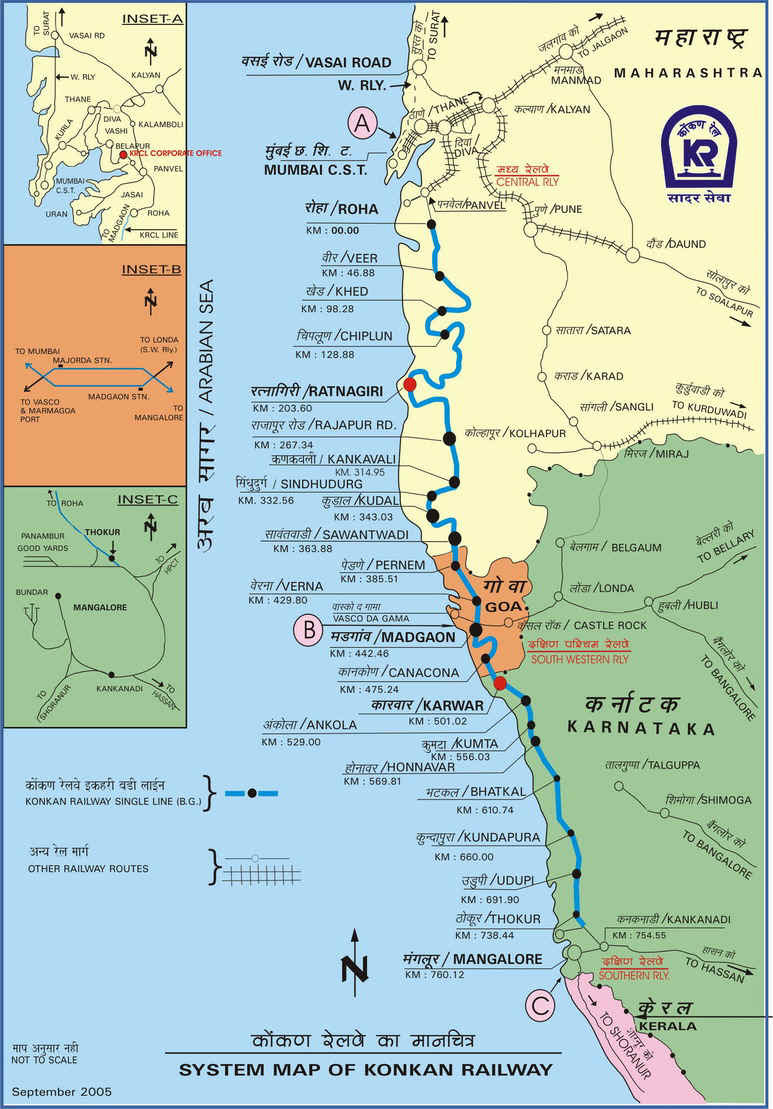 Karbude Tunnel: Karbude Tunnel is the longest rail tunnel in India located on the Konkan Railway route near Ratnagiri in Maharashtra. The Karbude tunnel is 6.5 km long and one of the India’s biggest engineering marvels
SECOND LONGEST TUNNEL INDIA-KONKAN RAILWAY

DELHI METRO MADE UNDER SUPERVISION OF DR.E.SREEDHARAN:- Indian technocrat and 'The Metro Man of India', E Sreedharan (R), is honoured with the Padma Vibhushan by Indian President Pratibha Patil,