QUEEN OF TRAVANCORE FROM MAVELIKKARA PALACE

AS A CHILD PAINTED BY RAVI VARMA


Sethu Lakshmi Bayi {1895 TO 1985}was the ruler of Travancore,FROM 1924 TO 1931
As regent for her nephew, Chithira TirunalChithira Thirunal Balarama Varma

and was adopted from the Mavelikkara Royal Family, which originated from the Kolathunadu Royal House from Malabar

. Until she was five years old lived with her family in Mavelikkara. In 1900, following the failure of heirs in the Travancore royal family,

she and her sister were adopted by her maternal grand-aunt, and she moved into the royal palace in Trivandrum.

Five years later, when she was 10 years old, she was married to Rama Varma Valia Koil Thampuran of Ananthapuram Palace. 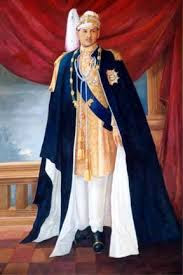 . Mr M.E. Watts the first full time non Hindu Dewan held the office of Prime Minister during this period.
Reforms:-
(1)By a royal proclamation in 1925, Sethu Lakshmi Bayi introduced the Panchayat
The Panchayat is an Indian political system that groups five villages
to encourage rural self government. 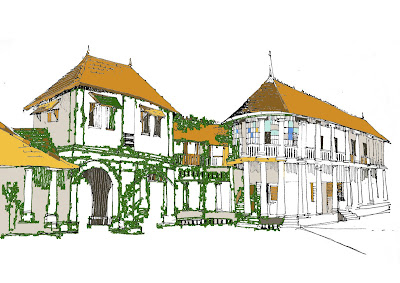 (2) A number of highways were opened along the state including in the high ranges.

(3)The College for Women was raised to first grade.

(4) Also the traditional Devadasi system was abolished
{E.Thurston :- 7 types of devadasis: datta ; vikrita ; bhritya ; brita ; bhakta ...
or Kudikkari system} The most important reform however was the

(6) Another reform in 1928 by which individual shares could be obtained in ancestral property. This marked the demise of the ancient Marumakkathayam
Marumakkathayam is a matrilinear system of inheritance that is unique to Nair Tharavadus or Nair communities in Kerala state.
which had stifled progress towards modern society.

Following are some of the oil paintings of Raja Ravi Varma.

Following are some of the oleographs of Raja Ravi Varma.

Following are some of the lithographic prints originated from Ravi Varma Press.